Water disinfection with ozone instead of chlorine and UV rays 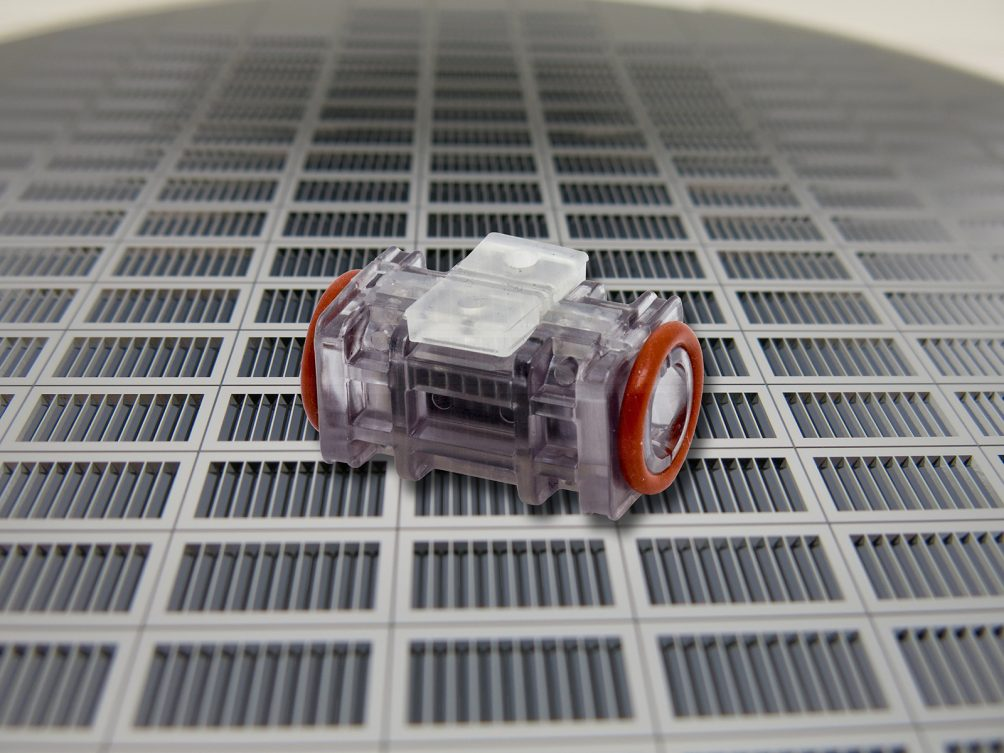 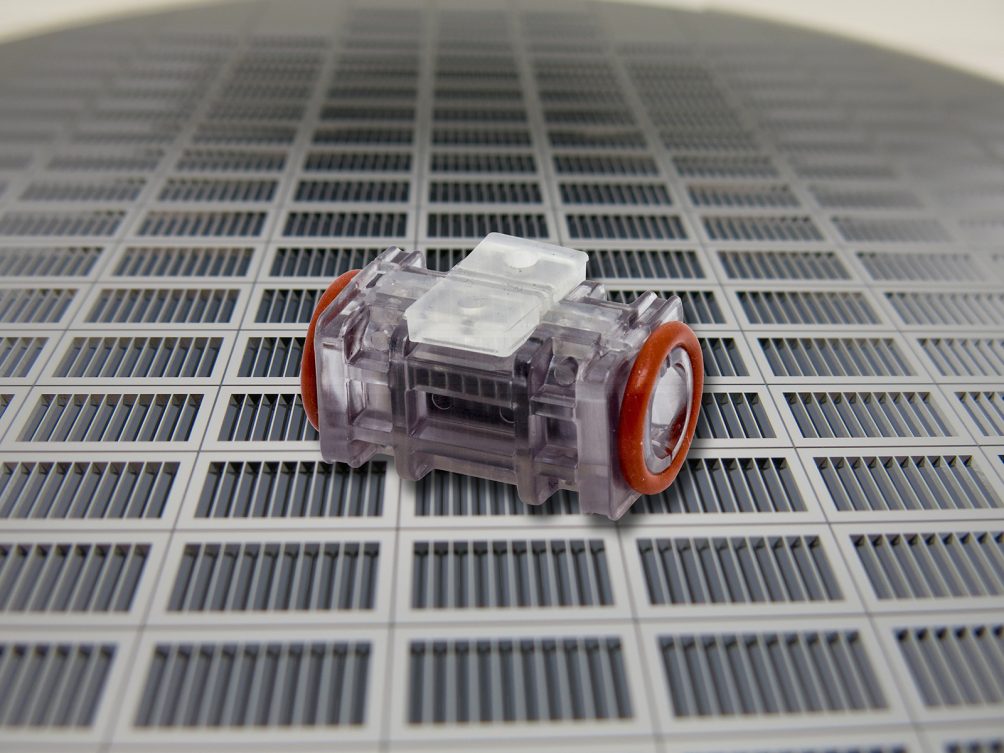 Traditionally, water is disinfected with chlorine and UV rays. Ozone, which also kills germs, has so far only been used as an oxidant in large water treatment plants. Ozone dissolved in water has clear advantages in disinfection over conventional methods such as chlorine or UV rays. It is environmentally friendly, active beyond the point of origin, has only a short retention time in the water and is subsequently neutral in taste, emphasize the researchers at the Fraunhofer Institute for Silicon Technology ISIT, who are contributing the sensor chip and the electrode substrates of the electrolysis cell.

Ozone effectively breaks down germs due to its high oxidation potential by disintegrating the cell membrane of common pathogens. Primarily, this process is used to disinfect swimming pool water and drinking water, and also to treat wastewater. Ozone has not yet been used to disinfect water in household appliances such as ice machines, beverage dispensers or even showers.

Researchers at the Fraunhofer ISIT in Itzehoe, Germany and their partner Go Systemelektronik GmbH from Kiel, Germany now want to change this together with CONDIAS GmbH, also in Itzehoe. As part of the MIKROOZON project, a miniaturized ozone generator with integrated sensor technology and microprocessor-based control is being developed. The project is funded by the German state of Schleswig-Holstein and the EU.

“The compact ozone generator can be integrated into devices and systems that have to be disinfected regularly due to hygiene regulations,” says Norman Laske, a scientist at Fraunhofer ISIT. “It is simply hooked into the water pipes and generates the required amount of ozonized water by electrolysis immediately before use.” The ozone generator is only a few cubic centimeters in size and is composed of various parts: an electrolysis cell, a sensor chip, the electronics that regulate current and voltage, and the evaluation system that reads the sensor signals. “Between two electrodes is an ion-conductive separator membrane. If you apply voltage across the electrodes, water is split by electrolysis,” said the researcher, explaining how the generator works. “Thanks to a diamond layer on the electrodes, hydroxyl radicals are formed first that react primarily to form ozone (O3), but also oxygen (O2).”

CONDIAS GmbH has experience in how electrodes are coated with their boron-doped diamond layer. Chemical vapor deposition has already been used to coat large-format electrodes for disinfecting ships’ ballast water in their facilities. The electrodes for MIKROOZON, however, are much smaller: they consist of silicon crossed by finely etched grooves that open out at the back into narrow slits. The researchers at the Fraunhofer IST had to have wafers specially produced to their specifications to achieve the necessary precision in etching.

To produce an ozone generator, the electrodes are mounted in pairs back to back. Between them is a separator membrane. At the junction with the separator membrane, the gases are released “and can be efficiently removed and dissolved by the groove-like structuring due to the turbulence of the water,” the researchers explain.

Up to six liters of water per minute

The sensor chip developed at the institute is equipped with three sensors that measure conductivity, mass flow and temperature, they say. These parameters are required to control the electrolysis process. Thus, he said, the sensor unit provides the data to control the production of ozone depending on the water quality and quantity.

“To ensure that there is enough ozone available for when it is needed, the temperature must be monitored. The higher the temperature, the faster ozone decays,” Laske explains. Conductivity, in turn, correlates with water hardness: the higher the water hardness, the higher the conductivity and the more current must flow to achieve the desired effect, he adds. Thanks to integrated measurement, the ozone generator should be able to process up to six liters of water per minute in the future. “Currently, it is specified for 0.5 to 1.5 liters without sensors.”

CONDIAS GmbH markets the miniature generator under the name MIKROZON®. “All partners together have many years of expertise from their respective specialties in this product, which can be manufactured in large quantities,” says Volker Hollinder, CEO of CONDIAS GmbH. “The spread of the coronavirus has shown how important disinfection is. The use of chemical disinfectants is often problematic because harmful residues remain. But with electrochemical ozone production, germs are eliminated without any residues of disinfectants.”