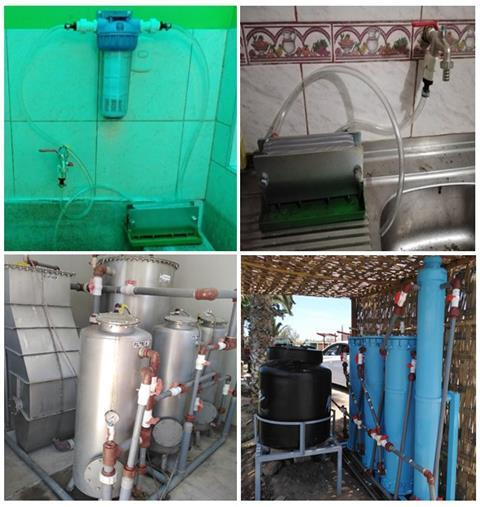 Field studies in Peru have shown that membranes made using milk proteins can remove enough arsenic from tap water to bring it within recommended safety limits for drinking. Not only that, the technology is cheap and has minimal energy requirements. 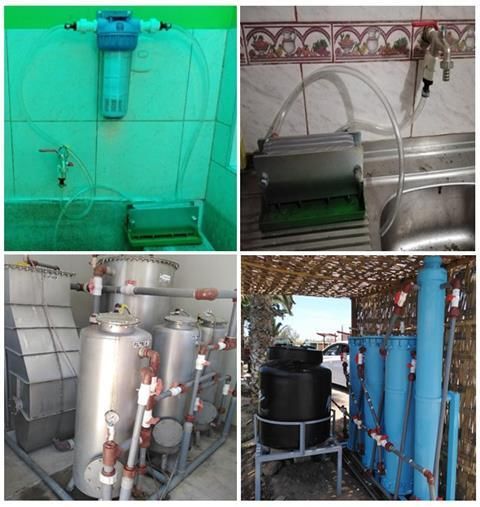 Arsenic contamination is a serious problem in Peru; in some areas, the amount of arsenic found in groundwater has led to its concentration in drinking water exceeding safe levels set by the World Health Organization by a factor of 100. The presence of arsenic in the hair and nails of people living in these areas shows that they have been exposed to the toxin for several decades, increasing their risk of developing various cancers and other diseases.

In 2016, Raffaele Mezzenga and Sreenath Bolisetty from ETH Zurich, Switzerland, developed a filtration system using activated carbon and milk protein fibres. They used heat and a low pH to convert whey, the main protein found in milk and a byproduct of the cheese-making industry, into nanofibrils. Amino acids on the surface of the whey nanofibrils are available to bind metal or metalloid ions, including arsenic. Membranes or granular media that use the nanofibrils as active adsorbers can therefore act as filters to clean contaminated water.

An image showing arsenic removal photos
Source: © Sreenath Bolisetty/ETH Zürich
The team tested the milk protein-based system in both household (top) and community filtration units
Now the ETH Zurich scientists have tested their water filter system in a variety of real-life scenarios: household units with either a membrane-only system or one combining a membrane and granules, and community-based granules-only units. The study involved three regions of Peru, with differing levels of arsenic contamination. In some areas, the high turbidity of the water meant that the membranes had to be replaced when they became blocked, even though the adsorption sites were not saturated. Users in these areas consequently needed to pre-treat their water using sand filters.

‘This research is very important because it demonstrates in the field that this technology can be used efficiently to give access to safe drinking water to people living in regions severely affected by arsenic contamination. There have been several missions by us devoted to screening the overall situation of arsenic groundwater contamination in Peru and thus identify some key regions to run the field study,’ says Mezzenga.

Analysis of the water after treatment showed that 99.9% of the arsenic had been removed. ‘The results of this field study [show that] filtration units using milk protein nanofibrils effectively remove arsenic to below the recommended WHO standards [10ppb], and it is promising for a wider application,’ comments Helena Gomes, an environmental engineer from the University of Nottingham in the UK. ‘We also have to keep in mind that the researchers only analysed arsenic concentrations. There are many other important parameters for water quality – other metals, persistent organic pollutants and microbes.’

Regenerating the system with aqueous sodium hydroxide followed by a rinse with distilled water showed that membranes used in the most severely affected areas could be reused. ‘The saturated filters or granular media will have to be disposed of according to each individual country’s regulations,’ explains Mezzenga. ‘Incineration is a recommended pathway where suitable incinerators are available. In the case of Peru, arsenic comes from groundwater and a safe way to dispose saturated membranes can be via regulated landfill.’

Current methods for water treatment use reverse osmosis, exchange resins or ultrafiltration but these are technical systems that are inappropriate for moderate-income countries such as Peru. Mezzenga is optimistic about making the filters more available, thus granting worldwide access to safe drinking water and says ‘the costs must be competitive with any available technology in water purification, yet provide a much more sustainable solution for safe drinking water. I can say that no energy is required here, since the technology can simply work on gravity-induced filtration of water, as opposed to the energy-intensive requirements of reverse osmosis.’