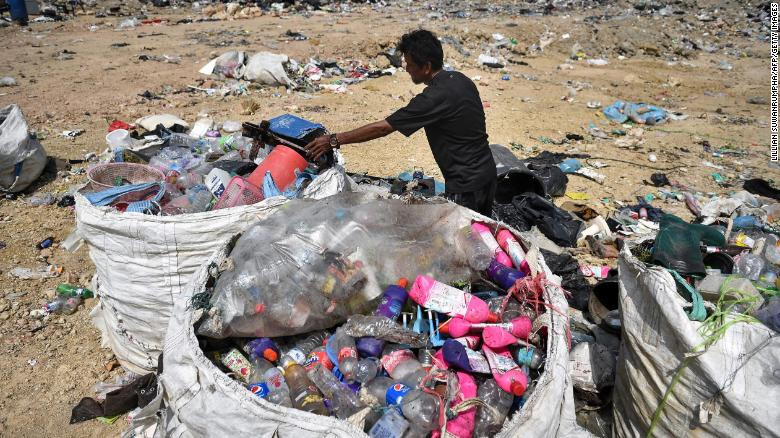 The United Nations approved a landmark agreement to create the world's first-ever global plastic pollution treaty on Wednesday, describing it as the most significant environmental deal since the 2015 Paris climate accord.

Member states held talks for more than a week in Nairobi, Kenya, to agree the outline of a pact to rein in soaring plastic pollution, an environmental crisis that extends from ocean trenches to mountain tops.

Government officials cheered and punched the air after the adoption of a resolution to create a legally binding plastic pollution treaty, which is due to be finalized by 2024.

"We're making history today and you should all be proud," said Espen Barth Eide, president of the UN Environment Assembly (UNEA). "Plastic pollution has grown into an epidemic. With today's resolution we are officially on track for a cure."

The resolution, which UNEA calls "the most significant environmental deal since the Paris accord," is written in broad strokes and an intergovernmental committee is now tasked with negotiating a binding treaty that will have ripple effects on businesses and economies around the world.

Any treaty that puts restrictions on plastic production, use or design would impact oil and chemicals companies that make raw plastic, as well as consumer goods giants that sell thousands of products in single-use packaging.

This would also have a significant impact on the economies of major plastic-producing countries, including the United States, India, China and Japan.

Although UN officials were united in celebrating the agreement to have a plastic treaty, there remain disagreements over what should be include in a final pact, Switzerland's ambassador for the environment Franz Perrez said.

There is overwhelming public support for a UN treaty on plastic pollution, according to an IPSOS poll released this month, and delegates were swift to celebrate what they had achieved in Nairobi. Read full story

The world’s first global, legally binding treaty to tackle plastic pollution could come into force in just two years’ time under plans set to be considered by UN member states at key talks later this month.

Nations will gather in Kenya’s capital Nairobi in a fortnight’s time for talks that will look to kickstart formal negotiations for a treaty to curb the manufacture and use of a wide range of plastics.

Under plans drawn up by Rwanda and Peru, nations would be instructed to develop national action plans to eradicate as much plastic use as possible from their economies.

Around the world manufacturers could be forced to re-design products and packaging, while consumers could be required to use refillable containers and carry reusable bags while out shopping. The proposal won key support from the US on Friday.

If all goes to plan, a draft treaty could be ready for adoption by 2024, officials hope. The moment could be the biggest development on the global environmental agenda since the Paris Accord was signed in 2015, insiders believe.

“Plastics are addictive,” said Juliet Kabera, director general of the Rwanda Environment Management Authority, the agency leading on the draft proposal from Rwanda and Peru.

Even in developing countries the “consume and dump lifestyle is becoming more and more common”, she told i , with discarded plastic washing up as pollution in rivers and oceans.

A global treaty is the only way to tackle this global issue, she argued. “Pollution does not stop at the political boundaries of countries,” she said. “We have a common problem.”

The UN Environment Programme, which is hosting the talks, says the world is “drowning” in plastic pollution.

In total, around 40 per cent of all plastic produced is designed to be used only once before it is thrown away.

A growing body of scientific research suggests plastic pollution has infiltrated every corner of the globe, while people and animals are eating or breathing in tiny particles with as yet unknown consequences for public health.

Proposals for a global plastic treaty have been circulating since 2014 but as public and scientific concern around the issue has intensified, countries’ support for international action has solidified. To date, 157 countries have endorsed the principle of global action on plastic reduction.

There are three rival proposals nations will consider in Nairobi. The Rwanda/Peru draft resolution, backed by the EU and 56 other countries including the UK, would lays the groundwork for a legally binding treaty for the entire plastics supply chain, to reduce pollution on land and sea.

Meanwhile Japan has tabled a rival draft resolution that would focus only on marine plastic waste, while India is pushing for a voluntary agreement instead of a legally binding treaty.

The joint proposal from Rwanda and Peru has by far the most support among member states but nations will have to all agree on a way forward before a treaty can be adopted.