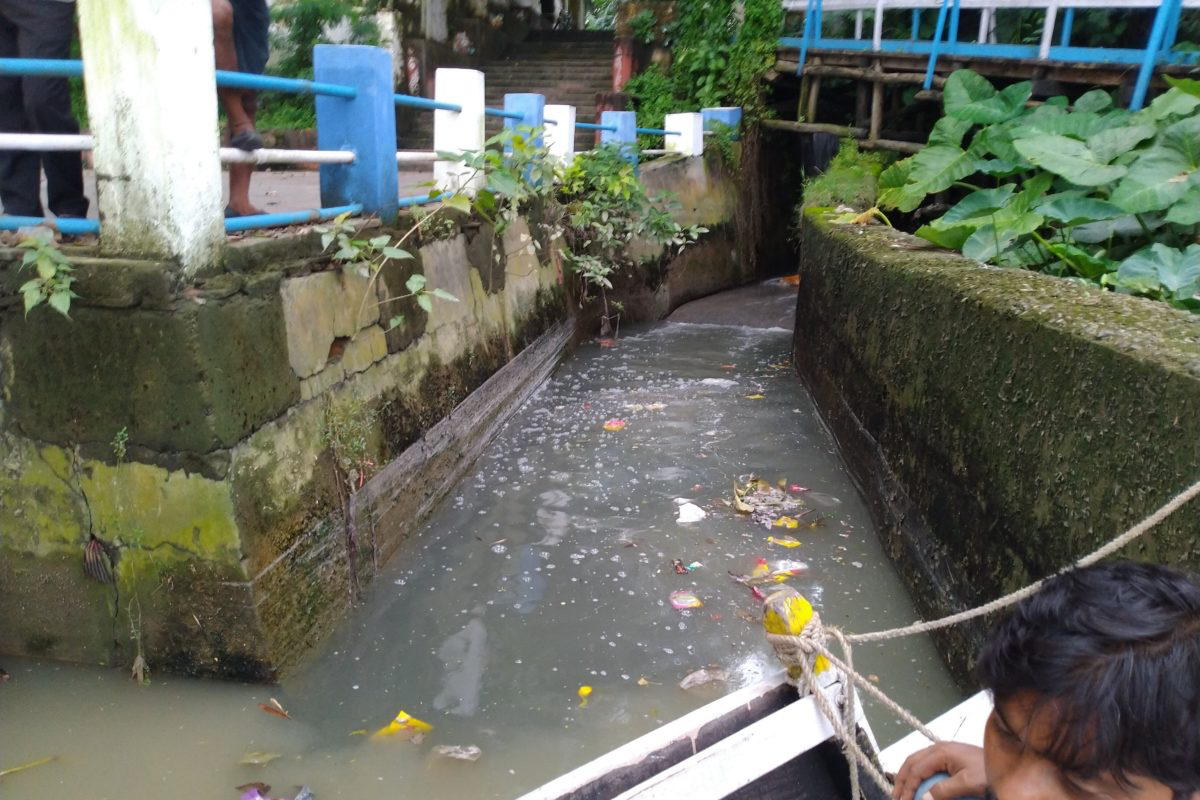 The Ganga river supports millions of lives along its bank and has been given the status of India’s National River. Ganga is the social, cultural and economic lifeline of India. It supports many critical wetlands (a number of Ramsar sites) including the charismatic Sundarbans mangroves. This river happens to be the habitat of endangered Gangetic dolphins whose sightings in particular have dwindled over the years in the lower stretch of Ganga close to the eastern metropolis of Kolkata.

Owing to the rapid increase in human activities, Ganga’s water quality was visibly deteriorating. To improve its health, the Indian government established the Ganga Action Plan (GAP I) which was launched in 1986, followed by GAP II. The main objective of GAP was to decrease the pollution load and improve the water quality but there was little success. In 2014, ‘Namami Gange’ was launched by the Indian government with a budget of approximately Rs. 20,000 crore (Rs. 200 billion).

According to a study co-ordinated by professor Punyasloke Bhadury at the Indian Institute of Science Education and Research, Kolkata (IISER-Kolkata), the lower stretch of the Ganga is under severe pressure from human disturbances. “This will have cascading long-term consequences on biologically rich ecosystems such as the Sundarbans and also on the coastal blue economy,” he said.

The study was funded by the Water Technology Initiative of the Department of Science and Technology under the scheme National Mission for Clean Ganga (NMCG). “Over the last three years our study has provided the much-needed deeper understanding of the state of health of lower stretch of Ganga, source of pollutants and beyond such as point sources of release of untreated sewage,” said Bhadury. It highlights the alarming situations in certain points of this mighty river, in particular those close to semi-urban and urban areas such as Kolkata, which has grown over the riverbank across several centuries.

Plastic in the Ganga

Professor Bhadury and his team of researchers conducted a three-year study to monitor the water quality of the lower stretches of the Ganga, which is referred to as Bhagirathi-Hooghly as it enters West Bengal. The team established several study sites along roughly a 100 km stretch of the river, starting from Kalyani in the river upstream to Diamond Harbour. The study sites included the densely populated areas of Kalyani, Tribeni, Halisahar, Chandannagar, Naihati, Palta, Barrackpore, Dakshineshwar, Kolkata and Diamond Harbour. Each study site was then divided into several stations based on proximity to water outlet sources from municipalities and industries.

The team conducted several rounds of water sampling spanning different seasons to monitor the health of the river. Using small boats, the team, comprising usually of two or three members, spent hours making important observations. “During sampling, we encountered floating plastic items such as plastic bottles and packets. Clearly, such large chunks of plastic could be filtered out using nets. We even found long stretches of the river that had turned black from the released waste,” Chakresh Kumar, a researcher hailing from Bihar and working in Bhadury’s team.

The team documented the presence of solid waste that covered up large sections of the bank. “During sampling, dumping of the solid waste directly into the river was a common sighting. We closely monitored the drains releasing solid wastes and effluents from municipalities and industries,” said Yash, who also works with Bhadury.

The team monitors important environmental parameters that could provide critical insights into the health of Bhagirathi-Hooghly. Measured environmental parameters included pH, surface water temperature, dissolved oxygen, total dissolved solids, electrical conductivity and Secchi depth. Each of these components adds up to give the water quality index (WQI). Loosely put, WQI helps put a numerical value on the health of a river.

The study, led by Chakresh Kumar, showed most sites to have ‘poor’ to ‘very poor’ water quality which did not change across the seasons. “Some sites have a strong sulfur and ammonia smell, and the water was entirely black,” said Yash. Such situations arise due to anaerobic degradation of nutrients, which depletes the dissolved oxygen in the water, resulting in dwindling fish populations. 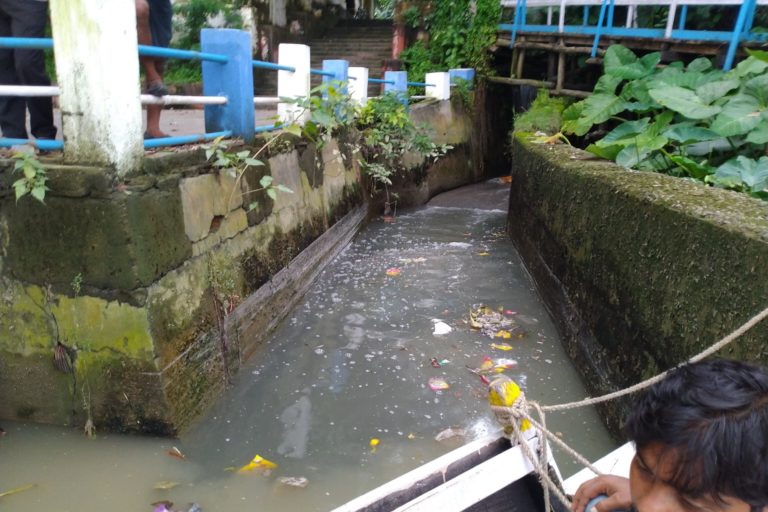 The team found large plastic chunks on the lower stretches of the river Ganga. Photo by Bhadury et al.

The pH was usually was acidic in these belts which further influences productivity and water health. Heavy precipitation during monsoons further degraded the water quality owing to increased effluent flow from the nearby regions in addition to increase nutrient inflow from the upstream regions. “Our work clearly highlights the zones that need immediate attention under National Missions,” added Bhadury.

For the assessment of river water quality, WQI is an efficient method, said Chakresh Kumar. WQI helps policymakers to come up with comprehensive river basin management plans to restore river health and maintain a healthy functional biological community including fishes within the river.