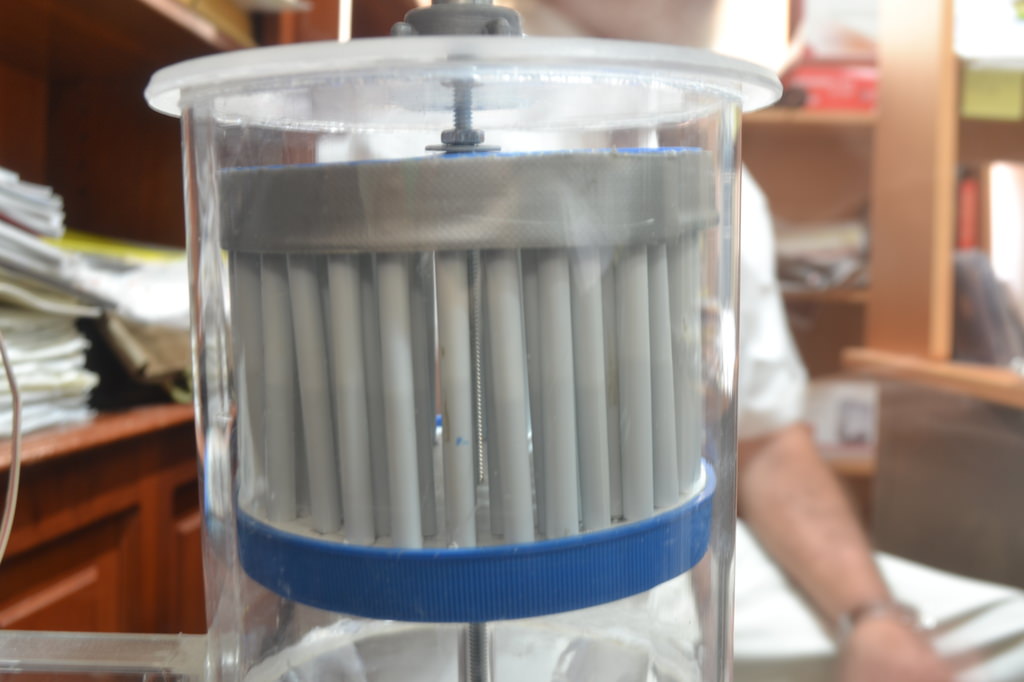 A Mexican scientist has requested a patent for a new water desalination system, which has proved to be considerably more effective and sustainable than current techniques.

Jorge Lechuga Andrade has been working on his project for more than four years in his small self-installed lab, doing improvements in the polyethylene derived ice bag used for filtering sea water.

Jorge Lechuga posing with one of his home made desalination systems | Photo: Conacyt. https://creativecommons.org/licenses/by/4.0/, Via: TeleSur

Lechuga had already worked on the desalination process during his PhD and patented the centrifugal reverse osmosis involving the generation of Dean vortexes system, which earned him the Mexican Institute Chemical Engineers' National Prize in 2015.

“During my PhD I focused on the desalination process and improving water, out of which we did three important innovations. The first one had the aim of reducing the energy consumption, which is the most alarming thing in the desalination process. The second one was diminishing production costs. The third one was having the membranes clean themselves, as they are the fundamental basis of desalination,” Lechuga told the Mexican Council for Science and Technology Journal.

In his system, water comes from the bottom to the top and goes through the membranes while they're spinning. Then, “good water” and “bad water” are divided and stored separately in different water treatment plants.

The rejected water has between 50 and 60 grams of salt per liter, which could be harmful if it's returned to the ocean's 35 grams per liter sea water. That's why Lechuga's design involves a second water treatment plant, in which the rejected “bad water” would be used to obtain minerals with high market value such as magnesium, preventing waste to be spilled into sea or land.

Lechuga has been a professor for 28 years in the Chemistry Engineering Faculty of the Autonomous University of Yucatan, southeast Mexico.