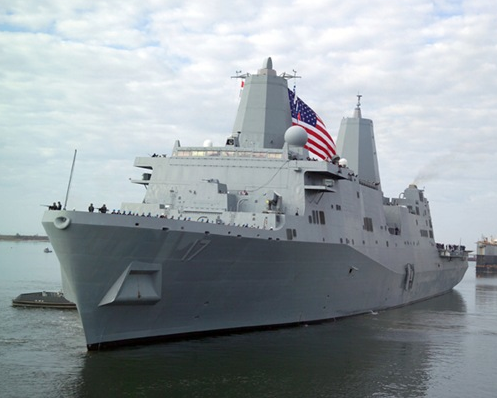 One possible solution to California’s water supply problem is to use the desalinization plants on board all U.S. naval ships and submarines while they are docked in port. 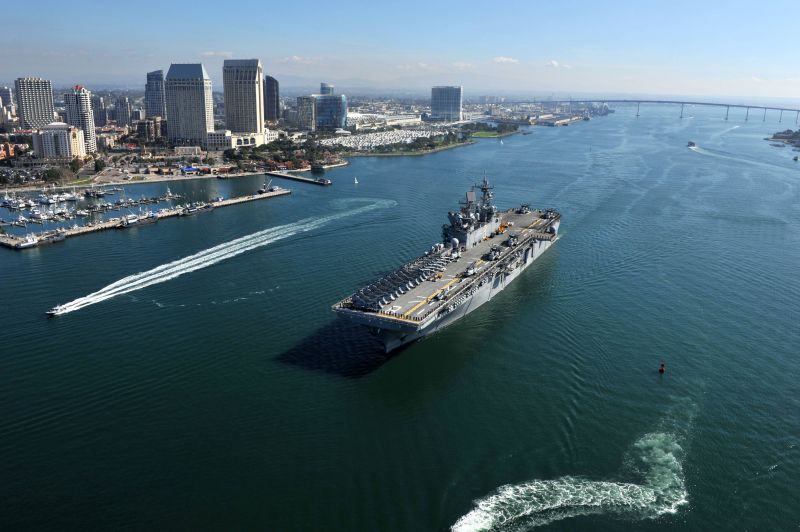 These Navy plants use a reverse osmosis (RO) process to desalinate ocean water while a vessel is at sea. Osmosis is a process by which a liquid passes through a thin, porous membrane that acts as both a filter and a salt barrier.

Introduced into the Navy during the late 1980s, RO desalination plants quickly replaced the conventional water distillers formerly used for the shipboard production of fresh water because they were more effective and cheaper.

The new RO plants proved to be highly reliable, generally performing at levels exceeding 98 percent. The Navy’s desalination plants may be helpful in establishing a water supply should California face a water shortage due to a natural disaster.

San Diego Has Over 50 Navy Ships and Submarines

For example, the largest naval base on the West Coast is in San Diego. It is home to the Navy’s Southwest Region Command Headquarters and its 46 surface ships of various types, including two aircraft carriers, 16 destroyers, eight cruisers and seven nuclear-powered submarines. Each one of these vessels has RO desalinization capability.

Each aircraft carrier produces up to 200,000 gallons of drinkable water daily. The destroyers and cruisers each create 12,000 gallons of fresh water per day, while each submarine produces 5,000 gallons per day.

While the total Navy RO desalinization production of potable water in San Diego is not close to replacing all of San Diego County’s fresh water needs, these Navy vessels are a reliable source of water in an emergency. It should be noted that all of the Navy ships are not in port at the same time, so the actual amount of fresh water produced would depend upon which ships were in port and available. 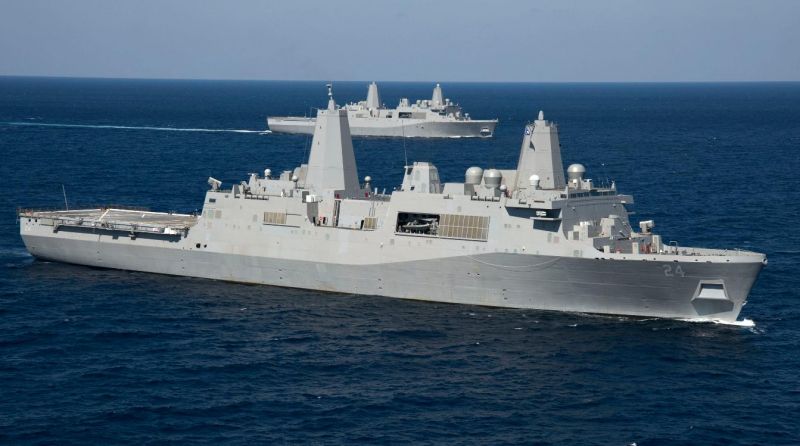 Potable Water from Navy Ships Should Be Made Available in Emergencies

The Navy is capable of providing a substantial amount of fresh water to Southern California in an emergency. As long as providing water does not conflict with any Navy missions, this potable water should be made available to the public. The sooner that local governments and the military work out the required permissions and infrastructure to make this option possible, the better off California’s emergency water supply will be.

Navy Water Supply Solution Could Be Adapted Beyond San Diego

Water supply shortages are not unique to Southern California. In the event that other U.S. states suffered from water shortages, government agencies could make contingency plans to supply affected regions with Navy-produced water.

Emergency supplies of fresh water could come from a variety of Navy bases where vessels are in port, including these locations:

As drought conditions appear to be getting more severe across the country, it would be wise to consider the fresh water option available from the U.S. Navy. The American taxpayer is already paying for this desalinization capability, so using Navy ships as a water source is a solution waiting to be exploited to solve a potential problem.