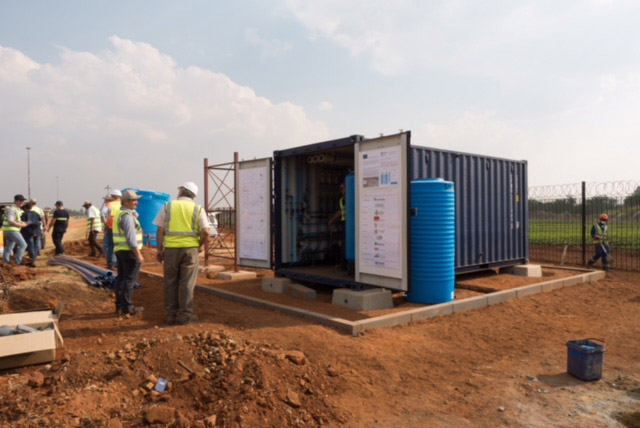 In the SafeWaterAfrica project, African and European partners are working closely together to develop a decentralized system solution for water purification that can be operated and maintained autonomously by rural inhabitants. The system covers the clean water needs of several hundred people. Researchers at the Fraunhofer Institute for Surface Engineering and Thin Films IST are coordinating the project. 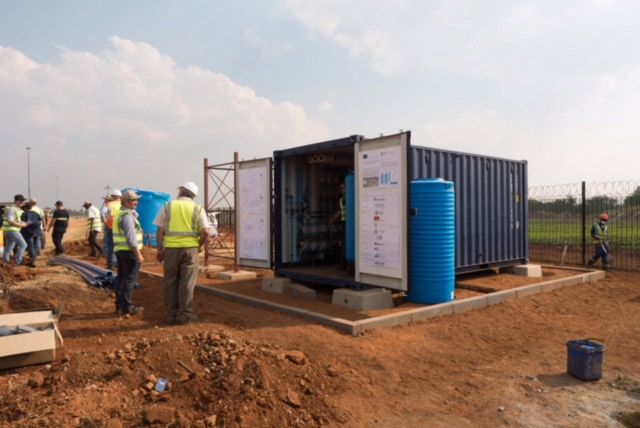 Clean water is a scarce resource in rural parts of Southern Africa. Natural sources often contain chemical and microbiological impurities. And the rate of mortality from water-borne pathogens and pollutants is correspondingly high, with infectious diseases a major factor. This problem is being addressed in the African-European “SafeWaterAfrica” project. The Fraunhofer Institute for Surface Engineering and Thin Films IST in Braunschweig is coordinating the project. To provide the rural population of Southern Africa with clean water, the project partners (see SafeWaterAfrica profile) are developing a decentralized and autonomous system for water purification. It is designed to work in rural areas that are cut off from public water and energy supplies. Covering the needs of 300 people, the solution has a capacity of 1,000 liters per hour. The off-grid system is equipped with low-energy water treatment technology, while solar collectors on the roof of the container supply the energy.

Fraunhofer IST’s contribution is its technology for electrochemical water purification using diamond-coated electrodes. “We’re involved in the disinfection unit known as CabECO®. The method for breaking down pollutants in water using diamond electrodes was developed by our institute and taken over in 2001 by our spin-off CONDIAS GmbH, which is also a partner in the project,” says Dr. Lothar Schäfer, Deputy Director of Fraunhofer IST. By means of electrochemical oxidation, the process purifies the water and removes bacteria and viruses from it. The module contains conductive electrodes that are coated with a thin layer of diamond. “A low potential of just a few volts is applied between the electrodes. The water (H2O) flowing through is then converted into ozone (O3 ) and hydroxyl (OH) radicals. O3 is one of the most efficient disinfectants, while OH is the strongest oxidizing agent there is. Together, they destroy all germs and organic impurities. This means we don’t need chlorine or other chemicals for disinfection,” explains the physicist. In field tests, the researchers were able to reduce the germ count by a factor of 1,000 to 10,000 and achieve the required level of disinfection. Moreover, the river water that the project partners are treating contains chlorine compounds, out of which hypochlorite – an additional oxidizing agent – is produced. The advantage of hypochlorites is that they are consumed slowly over a long period, whereas ozone decomposes relatively quickly. 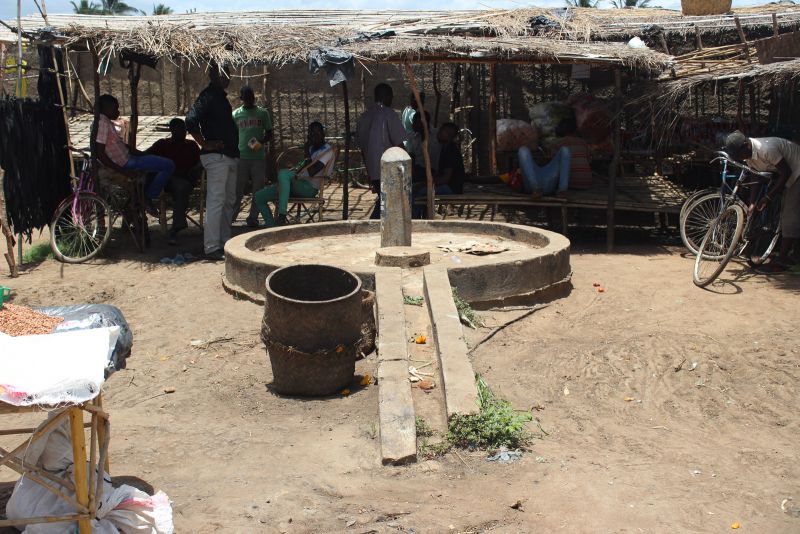 The CabECO® disinfection unit is one component of the system solution. Other modules perform tasks such as removing heavy metals, sediments and nitrogen compounds. “In the containers, there are technologies that originated in Africa as well as from European suppliers. The African partners have contributed a lot of know-how. In acknowledgement of this, we also describe the system solution as ‘Made in Africa’,” emphasizes the scientist. The combination of the modules for pre-treating the water will be adapted to the respective local conditions and the original state of the water. A demonstrator is already in test operation in Southern Africa, and the installation of another in Mozambique is planned for April 2019. In the future, the installations will be built and operated in South Africa. A remote diagnostics system will support operation, maintenance and repair process.

Read more about this research on Fraunhofer IST