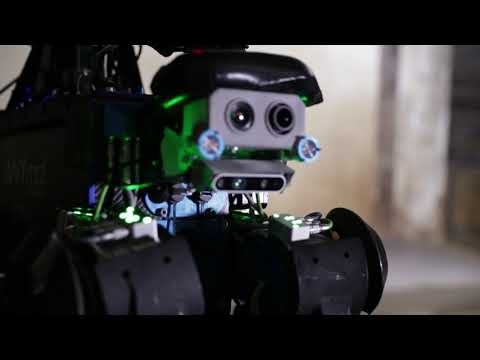 A sophisticated robot is tested for the first time in Zurich’s sewers to see if it can one day do the job nobody wants – inspecting sewer pipes.

While sewer jobs in Europe are far from the dangerous undertakings sewage workers in some underdeveloped countries face, such jobs are still not without their risks. Despite safety measures, inspectors and employees who repair, replace or do maintenance work on sewers are still at risk of contracting work-related illnesses. In some cases, such illnesses may even be life-threatening. The disease isn’t the only danger workers face. The sudden inrush of water through drains, while a worker is in there, can also prove fatal.

A versatile robot used in the EU-funded THING project may someday make these risks a thing of the past. Referred to as ANYmal the robot is already capable of some impressive feats. As the article published on ‘Phys.org’ by project partner, ETH Zurich reports not only can the robot see hear and touch things if fitted with a gripping arm it can also “open doors dispose of refuse or press a lift button.” The THING team is now working on enhancing the robot’s haptic perception – its ability to perceive and manipulate objects using its sense of touch. The aim is for the robot to be able to easily move around on its own and increase awareness of its surroundings.

Having previously only tested the robot in a laboratory, the researchers recently let ANYmal loose in one of Zurich’s sewers 4 m below ground. The aim was to see if it could one day replace humans in the task of inspecting sewer pipes. The first task was testing whether the robot could maneuver in the darkness around the sewer. Lowered into a 3-m-high and 5-m-wide tunnel, the 4-legged robot managed to find its way despite the lack of light, and even climb a 20-cm-high ledge. ANYmal scanned its surroundings using its sense of touch, laser sensors, and cameras. “By identifying irregularities in the surface of the concrete, it can determine where it is at any given moment,” explained ETH Zurich’s professor for robotic systems Marco Hutter.

Made of a combination of carbon fiber and aluminum, the robot is both robust and relatively light (30 kg). It can walk, trot, crawl, run, jump, get up when it falls, climb stairs, and go over or remove obstacles, and it can reach a speed of up to 1.0 m/s. Equipped with a high-end zoom camera, it can collect detailed information from a distance. The information is then interpreted using computer vision algorithms. A thermal camera provides precise temperature readings that may help to detect risks such as cable fires before they actually occur. Ultrasonic and other microphones detect deviations in machine operation as well as gas leaks. Finally, laser sensors create accurate 3D maps of the environment and computer algorithms help to identify people and objects.

During the test, the robot recorded 500 000 measurements per second that the researchers will be analyzing over the next few months. Later this year, the THING (subTerranean Haptic INvestiGator) team intends to test the robot in a Polish copper mine to see if it can function in environments with hot, dusty air and gravel surfaces.