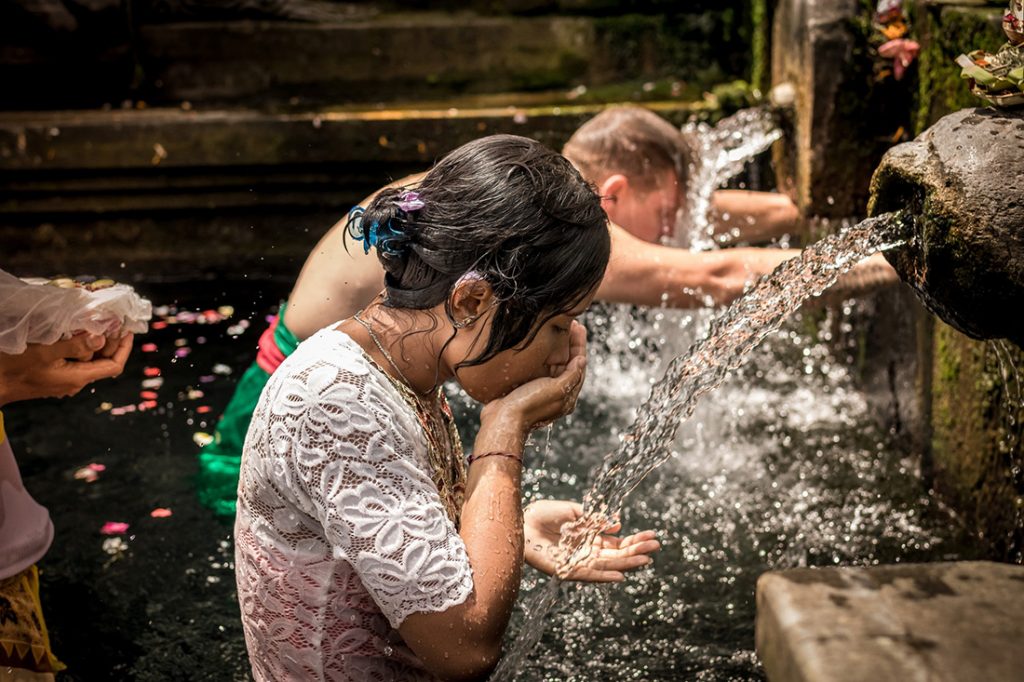 Why is water scarcity a legitimate concern?

It is true that the hydrologic cycle, the process in which the earth circulates water throughout its ecosystems, is a closed-loop cycle which neither adds nor takes away water. In theory, the amount of water on earth will always remain the same.

The problem therein is when the hydrologic cycle is disrupted, and water which normally gets distributed to a certain area no longer does so. This is precisely why some regions are becoming more arid while others are experiencing flooding and other natural disasters.

In this article, we'll discuss the role that humans play in the global water crisis and we'll cover the 10 most alarming water scarcity facts that we shouldn't ignore.

Humans play a large role in the disruption of the hydrologic cycle.

As the world’s population increases the demand for the required amount of water necessary to sustain large communities does as well. While water is involved in the sustenance of virtually every aspect of a human’s life, the production of food makes up the majority of it. Agriculture accounts for over 70% of the world’s water consumption. And to produce enough food required for each person’s daily caloric intake, 2000-3000 Liters of water is required (FAO).

While there are organizations such as the World Health Organization and the Food and Agriculture Organization that are addressing the water crisis on a global scale, there are still regional problems that vary from region to region. Much of the world’s water supply is largely disproportionate. The average American family uses about 500 gallons of water per day, while the average African family uses 5 gallons per day. If the entire volume of freshwater were to be distributed evenly among all the earth’s inhabitants, each person would receive 1,320,860 gallons of water, each year (FAO).

Let us look at the 10 most alarming water scarcity facts that the world is currently facing.

1) By 2025, Half of the World’s Population will be Living in Water-Stressed Areas 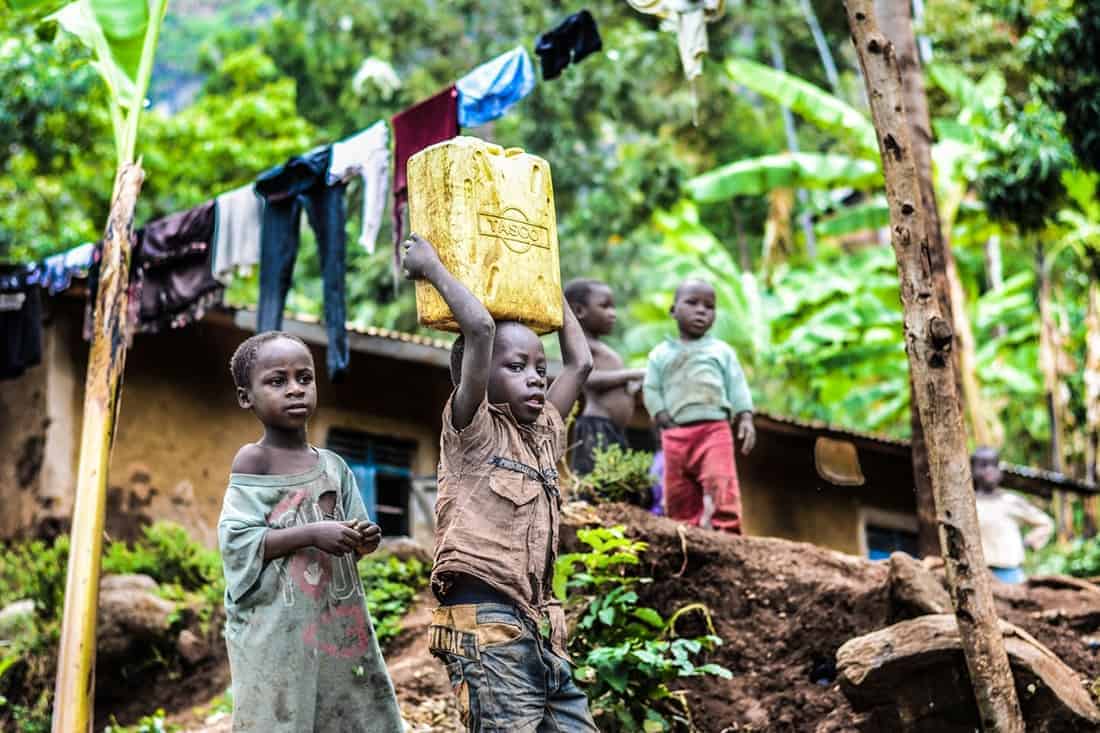 With the increasing demand for clean water and the steady growth of the world’s population, areas which are already water stressed will get worse, and the amount of water-stressed areas around the world will increase. Though these terms are often used interchangeably, some experts in the field have made a distinction between  water scarcity  and  water stress  for the sake of accuracy.

According to the CEO Water Mandate,  water scarcity  can be defined as the shortage in the physical volume of water in a given region, whereas  water stress  can is defined as the ability, or lack thereof, to access and meet the necessary human demand for water. For example, an arid region such as Sudan which gets little to no rainfall and has no aquifers or surface water would be experiencing water scarcity due to the sheer lack of volume. However, an area which has a limited supply of freshwater from an aquifer or lake, but is challenged due to the increasing demand of the population or the lack of means to access it efficiently, can be considered a water stressed region.

UNESCO predicts that 1.8 billion people will be experiencing water scarcity and half of the world will be living in water stressed conditions by 2025. Climate change, population growth, agricultural demands, and mismanagement of water resources all contribute to the growing global water crisis. Due to water scarcity, some 24 to 700 million people will be displaced from arid and semi-arid regions of the world.

2) The World's Population will Raise to 9.7 Billion by 2050, Leaving Much in Water-Stressed Conditions 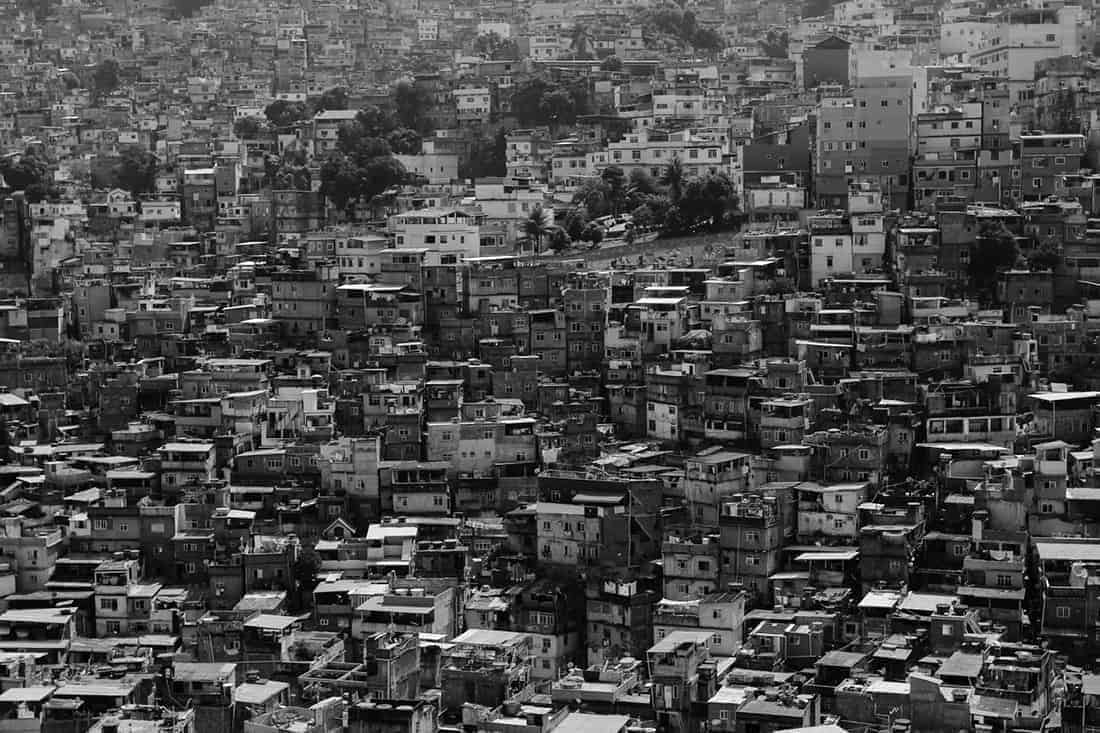 With the steady increase of the global population, the demand for water increases. In places where water is already scarce, this can lead to geopolitical conflict. 60% of all surface water on earth comes from river basin shared by separate nations and almost 600 aquifers cross national boundaries.

In addition to an increase in population, excessive water use increases the demand for water. More people living in urban areas require more water to maintain a certain standard of living. The global population increased by three-fold in the 20th century but water use increased by six-fold. As incomes increase and urbanization develops, food choices shift toward richer, more water-dependent means of production (FAO).

There will be a 40% gap between the demand for water and the availability of water by the year 2030.

The global population is expected to raise to 9.7 billion by the year 2050 and the number of people who live in urban areas is expected to double. By 2050, 3.9 billion people, or 40% of world’s population, will live in severely water-stressed areas (INWEH). 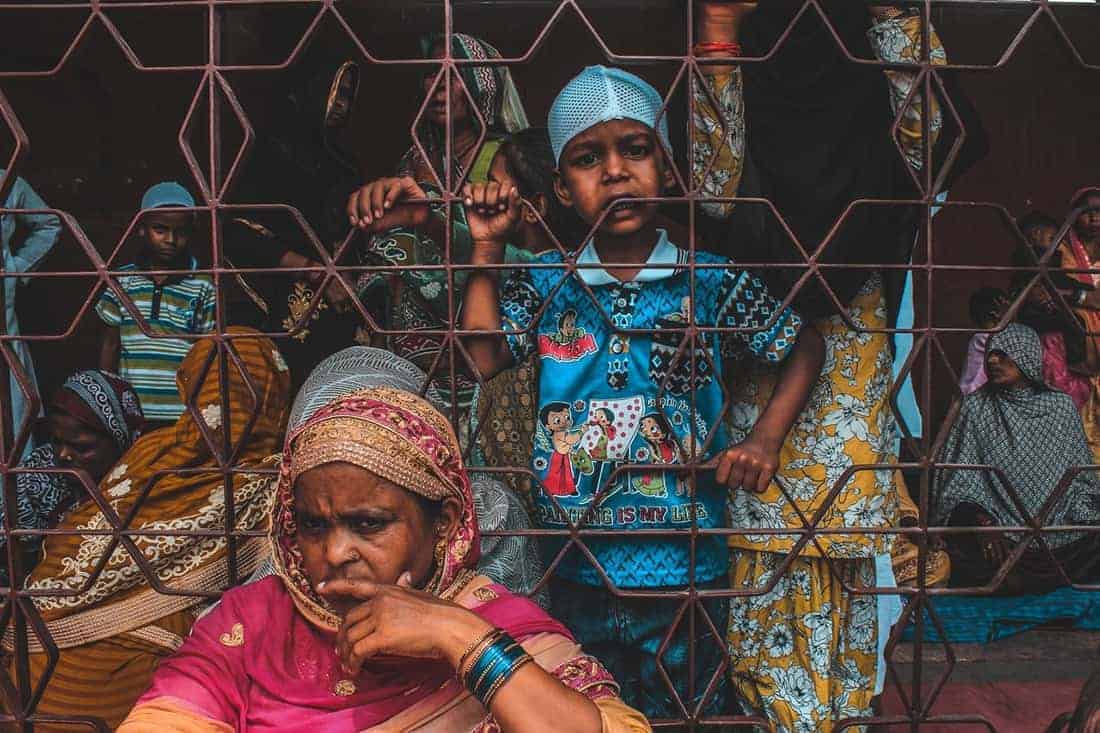 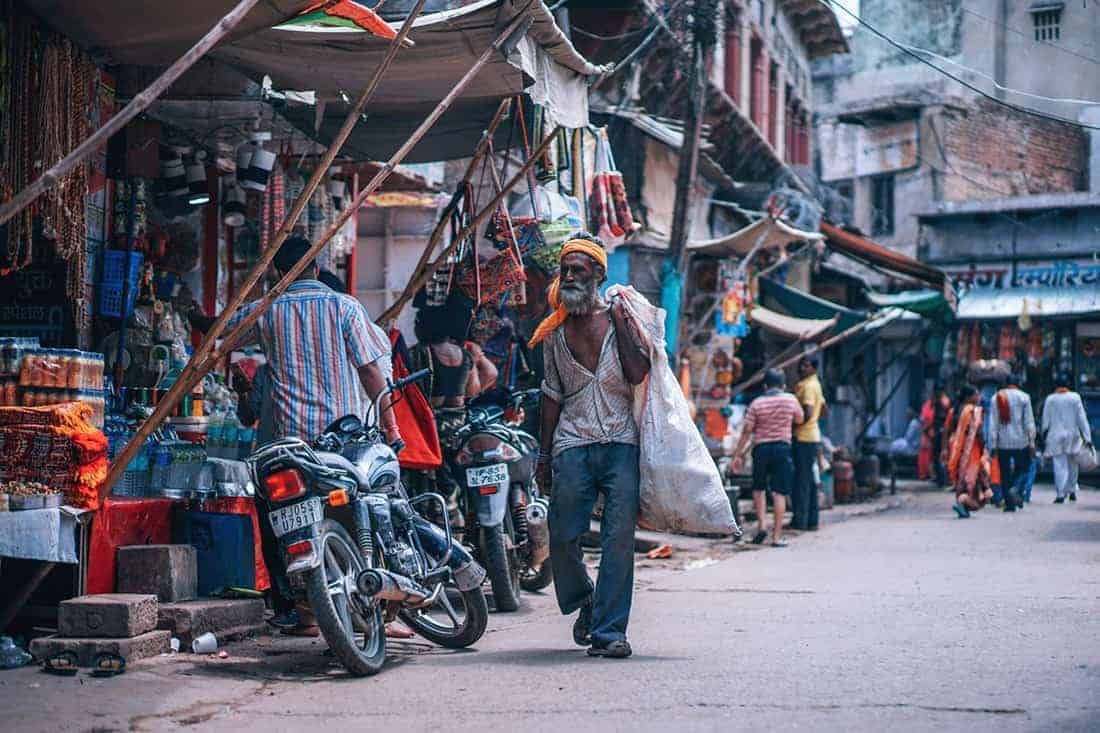 The WHO also categorizes sanitation services in to safely managed, basic, limited, unimproved, and open defecation.

According to the WHO, 2.3 billion people, that’s 1 in 3 worldwide, lack access to even basic sanitation services. The majority of these people either practice open defecation or use unimproved sanitation such as pit latrines and buckets.

Safely managed sanitation systems are designed to remove human waste away from human contact. Those without safe systems run the risk of having their water supply become contaminated with human waste. The WHO reports that at least 2 billion people worldwide consume water form a source that is contaminated with feces. Fecal contamination in the water supply is a major cause of deadly waterborne diseases such as Hepatitis A, Norovirus, and E Coli. 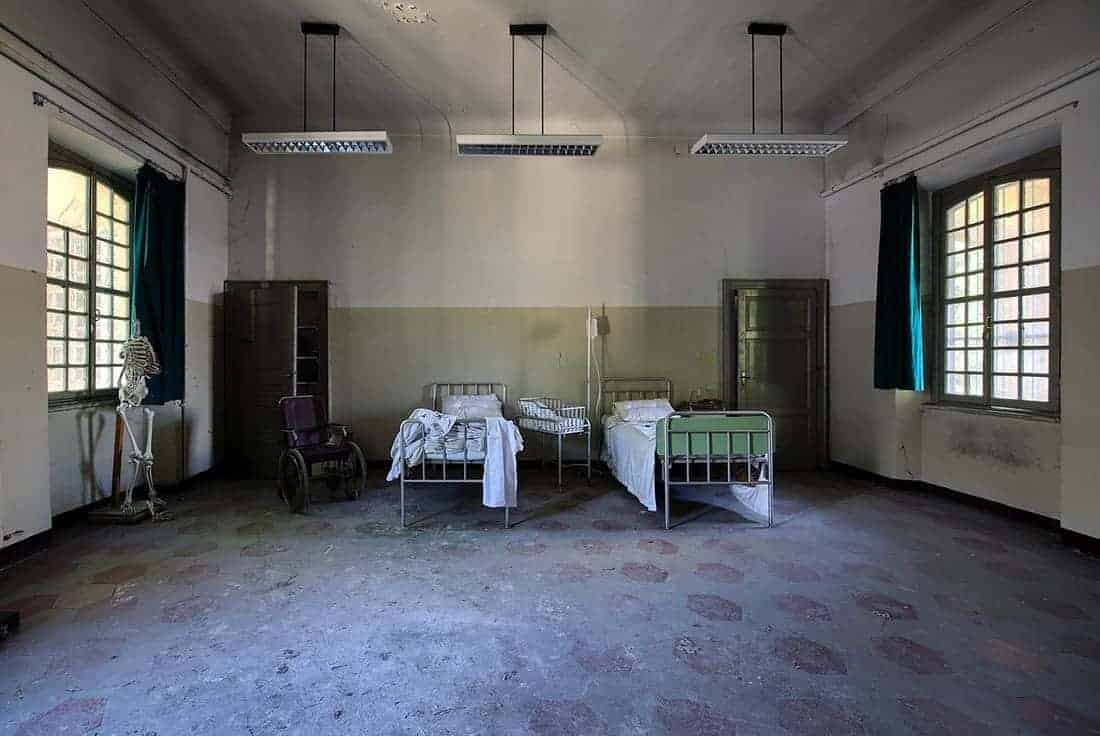 One of the most devastating effects of the global water crisis are the numerous waterborne diseases that come as a result of poor sanitation and water quality. In developing countries, almost half of the population can link health problems to waterborne diseases (Global Water Institute). Annually, about 5 million people contract diseases related to waterborne pathogens around the world, most of them children. Of the 5 million reported cases, 1.6 are fatal.

Diseases such as Typhoid Fever, Shigellosis, Hepatitis A, and Legionnaire's Disease can be fatal if left untreated, but are preventable with proper water purification practices, improved sanitation systems, and proper education. Reducing exposure to contaminated water can greatly reduce the risk of disease. 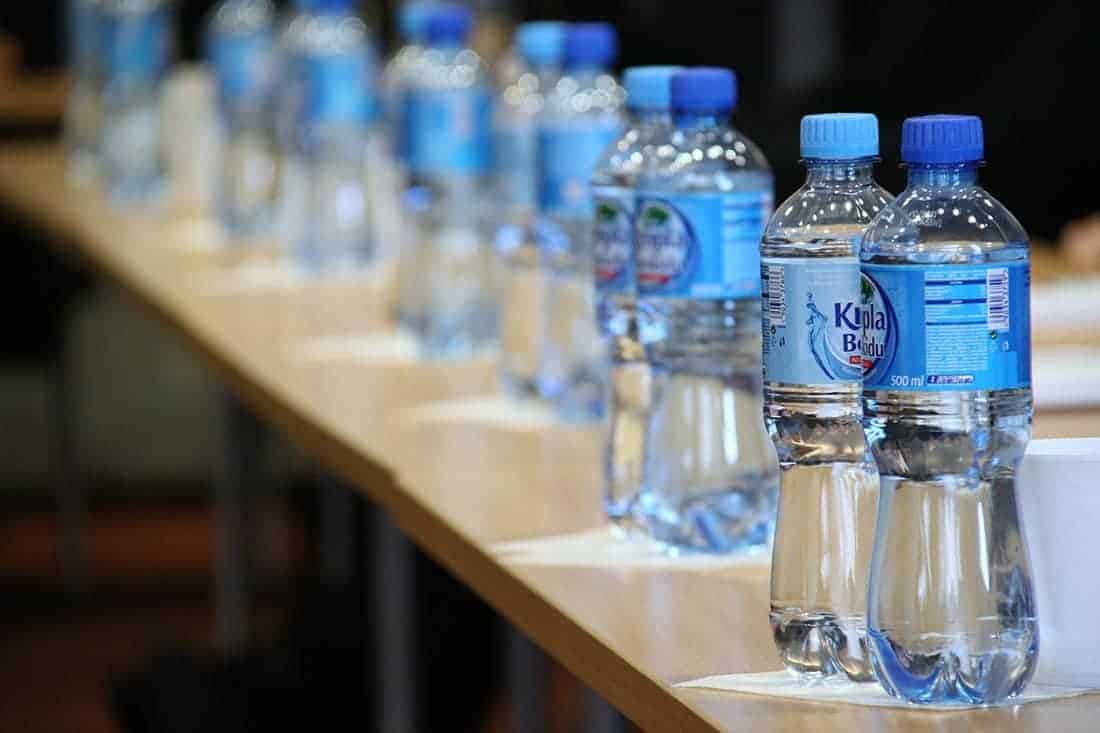 Bottled water has certainly brought convenience and security to those who might not have easy access to clean water. However, the privatization of some clean water sources has major downsides for the residents who live near them.

When a municipal utility source such as public water or electricity struggles to maintain itself due to budgeting issues and poor infrastructure, they'll often sell their rights to a private corporation to take over. While this may seem to be beneficial in the short term, local residents who rely on the water source ultimately suffer.

Because the utility is now owned by a private company rather than a governmental body, the company is now accountable to stockholders, not to the residents. Residents now no longer have representation in corporate affairs. Rather, a natural monopoly is created where water, the commodity, is sold at a much higher price. Because water is a regional resource, competition for lower prices is unlikely.

Nestle, one of the largest corporations in the world, owns 50 springs throughout the United States (Food Empowerment Project). Betchel, the fifth largest corporation in the US, took over the water supply of a region in Bolivia in 1999 and raised rates by 300%, making it impossible for the people of the region to access their water. Coca-Cola pumps 1.5 million liters of water a day from a small town in Plachimada, India, leaving farmers without enough water to make a living.

7) In the US, 2.1 Trillion Gallons of Clean Water is Lost Each Year Due to Poor Infrastructure 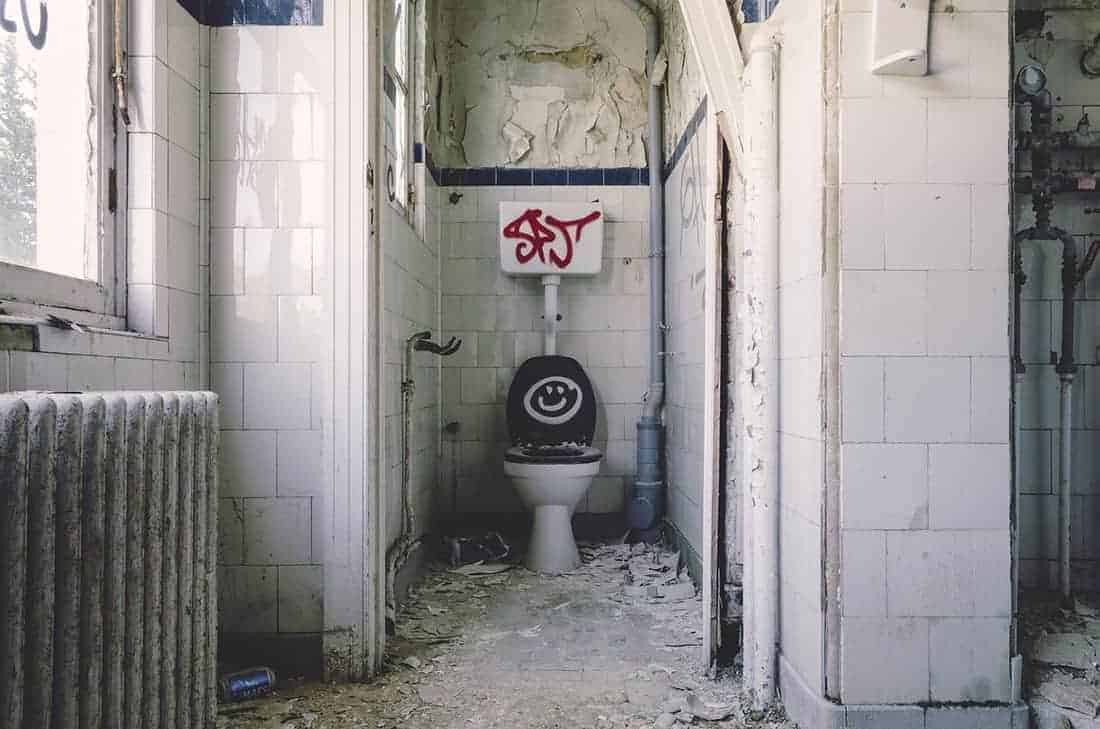 Poor infrastructure is a major contributor to the loss of clean water and the potential contamination that wastewater can cause. According to the Institute for Water, Environment, and Health, due to poor wastewater management, 80% of all wastewater is returned to the environment without being properly treated. 30% of all clean water is lost through leakage and deteriorating pipes (INWEH).

In the United States alone, 2.1 trillion gallons of clean, treated water is lost each year due to old, leaky pipes and broken water mains. David Le France, CEO of the American Water Works Association, estimates that repairing America’s water infrastructure will be a trillion-dollar program (NPR).

Water infrastructure is largely a governance issue. Due to divided efforts in governmental decision making, adequate policies and budgeting are often difficult to come by. 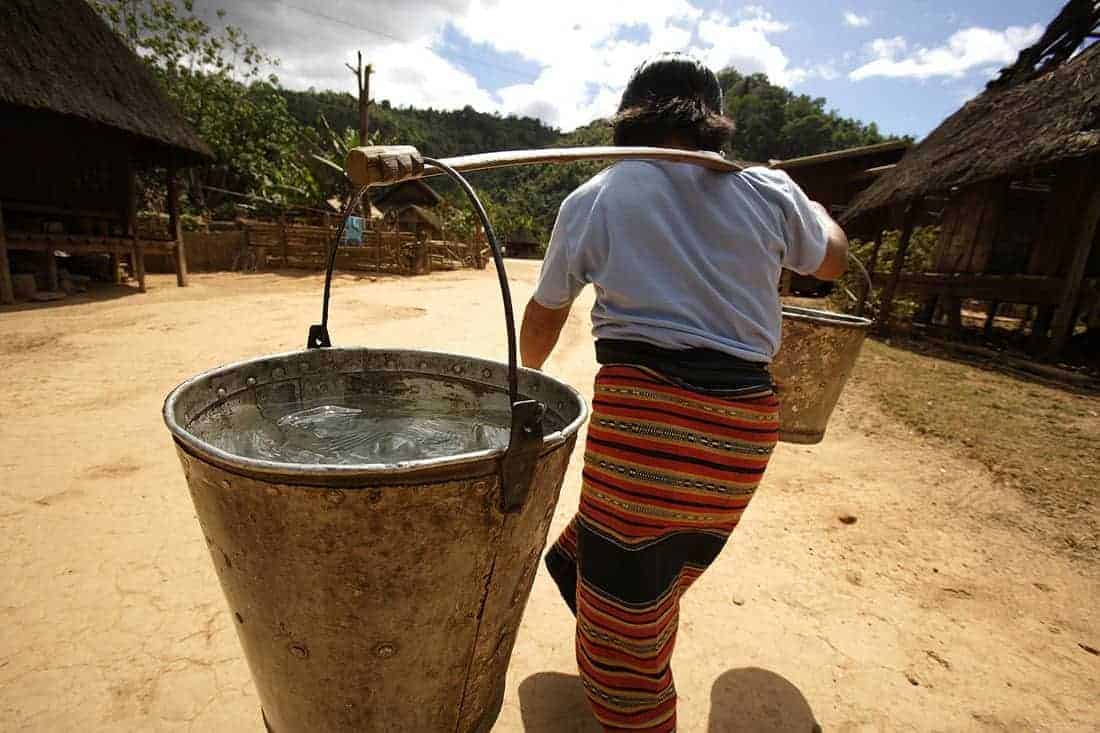 Gender roles as they relate to water scarcity in developing countries differ from those in the West. Women and young girls are expected to take the responsibility of gathering the needed amount of water to sustain their family on a daily basis.

In Africa, 90% of work involved in gathering water and preparing food are done by women. In both Africa and Asia, women walk an average distance of 4 miles every day, which takes about 6 hours, to carry a 44-pound container of water for their household, from a water source which has the potential to make them sick (Global Water Institute). It is estimated that women and children spend around 40 billion hours a year gathering water in sub-Saharan African countries.

9) One-Third of the World's Largest Aquifers are Water-Stressed According to the WRR,  37 of the world’s largest aquifers are variably stressed to overstressed . 8 of them, including the aquifers in Saudi Arabia, North Western India and Pakistan, are not being recharged at all. 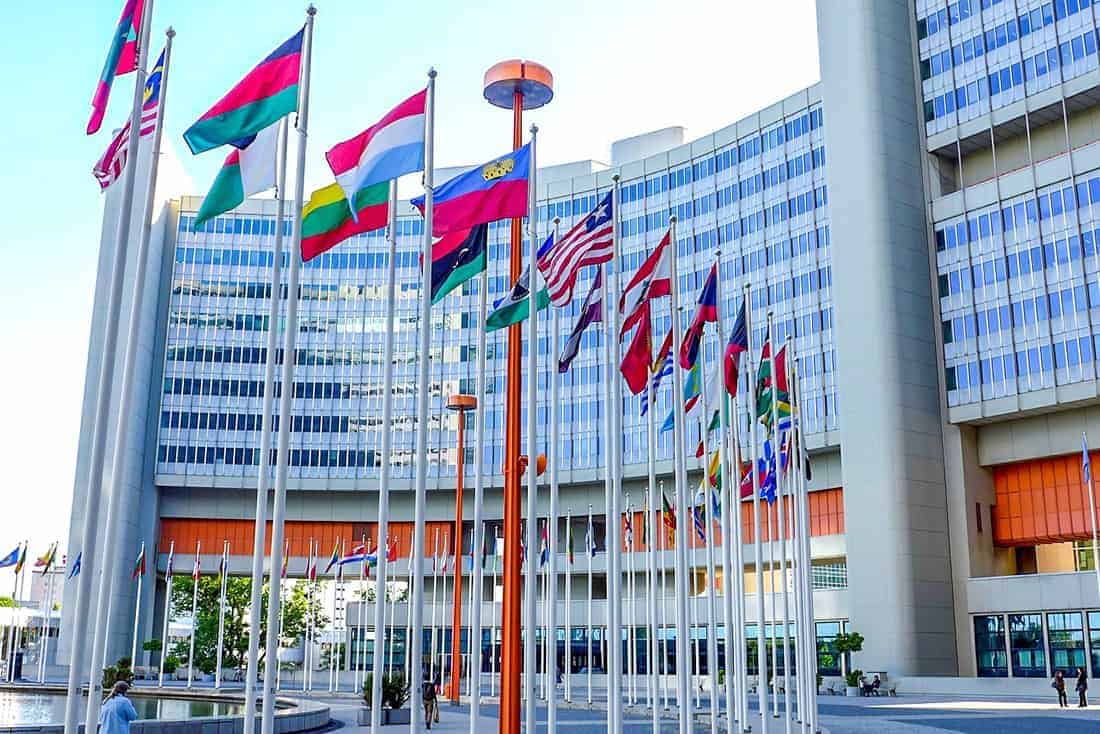 While implementing reasonable plans for providing clean water and rebuilding infrastructure are necessary for addressing the world's concerns, it certainly won't be cheap. The UN has proposed a series of sustainable development goals for a brighter, more self-sustaining future for the earth, with #6 addressing the global water crisis. While these goals are comprehensive and well-informed, attaining these goals will be time-consuming, expensive, and may face political division. It is estimated that in order to reach these goals, it will cost $114 Billion dollars every year until 2030.

The truth is that maintaining clean water sources are very expensive. Even large corporations, whilst motives are mostly internally focused, spend millions of dollars a year maintaining clean water sources for their production. The British Oil and Gas company spent $938 Million to irrigate water from a gasfield to farming fields in Australia (AKVO). Rio Tinto spent $3 Billion for a desalination plant in Chile.

As costly as maintaining the proper sources for clean water may be, the cost of not doing so is also high. $260 Billion are spent globally on addressing healthcare needs due to water related diseases and poor sanitation (INWEH).

Water scarcity is real. To ignore it, or to assume that it is only a problem of the developing world is to be blind to the errors our egos have cause. We in the Western world waste more water in a day than some families around the world would see in months. Much of what we use water for is to sustain a lifestyle that we largely take for granted. Our inward focus has blinded us to a reality that the rest of the world is experiencing. Whether we recognize it or not is irrelevant. Sooner or later, even we in the West will feel the effects of water scarcity in one way or another.

What we can start to do is to limit our water intake. Excessive water consumption and poor water management are factors that we can control immediately. Supporting clean water initiatives will certainly help the movement against the global water crisis. Finally, educating ourselves and raising awareness is a task we all should all take on.