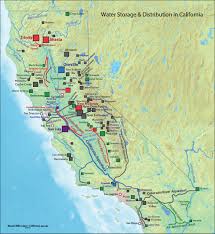 One of the state’s biggest long-term challenge is securing a reliable source of water for residents, businesses and farmers without destroying the environment. The problem is further exacerbated by the anticipated impacts of climate change.

We never understood former Gov. Jerry Brown’s stubborn support of the twin-tunnels effort, which involved digging the equivalent of a 10-lane freeway, 150 feet underground - says Rogers in his report and continues:  Nor could we fathom why the Santa Clara Valley Water District board voted to support the project, knowing that the governor had essentially turned the boondoggle over to Southern California’s Metropolitan Water District to run.

It threatened to be the biggest water grab in state history. It didn’t pencil out financially. It didn’t pass muster with scientists studying the Delta’s health. And, worst of all, it wouldn’t add a drop of new water to the state’s supply.

Instead, the Newsom administration said Thursday that the governor will embrace a more-sustainable water policy that emphasizes conservation and creation of new supplies of renewable water. He also wants to fix the fragile Delta levees and explore the merits of a cheaper, single Delta tunnel.

Read the complete report on The Mercury News