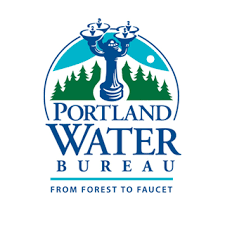 The Portland City Council approved a $51 million contract Wednesday to design a planned water filtration plant east of Gresham. Commissioners also voted to select a version of the facility estimated to cost $820 million.

The city wants to have the new water treatment plant operational by 2027 in order to comply with federal drinking water regulations to filter out the parasite cryptosporidium and other contaminates.

Mayor Ted Wheeler said he believes building a water filtration plant is the best long-term option for the city. City officials said other options, such as an ultraviolet plant, have been ruled out as alternatives.

Water bureau officials told city commissioners Nov. 13 that the $820 million figure was a “low confidence estimate,” and that their projections show the actual cost could be between $574 million to $1.2 billion.

Wheeler said the project price tag will likely exceed the initial estimate of $820 million because of rising labor and construction costs.

Commissioner Amanda Fritz, who oversees the bureau, said a more definitive cost estimate will likely come in the middle of 2021, and that the agency will have to give updates to the council at least once a year. She said the water bureau plans to apply for a loan from the Environmental Protection Agency to finance about half of the project. The loan would allow the city phase in water rate increases over a longer period of time.

The water bureau projects the typical residential monthly water bill increasing by 51 cents in the 2020-2021 fiscal year and up to $6.93 by the time the plant is built. Construction is slated to begin in 2022.

City officials plan to build the facility on 95 acres of land that it’s owned since 1975, drawing opposition from many of the 24 property owners in the rural area.

The city gets its drinking water from the Bull Run Watershed near Mount Hood and has wholesale contracts to sell to 19 area water providers, including the cities of Gresham, Sandy and Tualatin. The water serves more than 950,000 Portland-area residents.

Water bureau officials said the Tualatin Valley Water District plans to end their deal with Portland when their contract expires in June 2026.

Several neighbors of the planned filtration site have organized as the “Citizens for Peaceful Rural Living” and oppose the plans. They have criticized what they view as a lack of scrutiny and inadequate notification about the city’s plans. They have also expressed concerns over the planned construction, traffic impacts, rising projected costs and the city’s desire to have a plant that does more than treat for cryptosporidium.

The $51 million design work contract is with Stantec Consulting Services and would last at least five years. The company would be responsible for designing the plant, geotechnical reviews of the site and other services.

The Stantec contract doesn’t include design work on the new pipelines.

Along with the pipeline route not yet being finalized, the city also hasn’t yet received land use approval for the plant.

The water bureau’s current plans for the plant include technology to remove cryptosporidium from the drinking water, two pipelines going to and from the facility and a daily capacity of 145 million gallons of water per day.