A new attempt to get water from the air from MIT, Utah and Korea 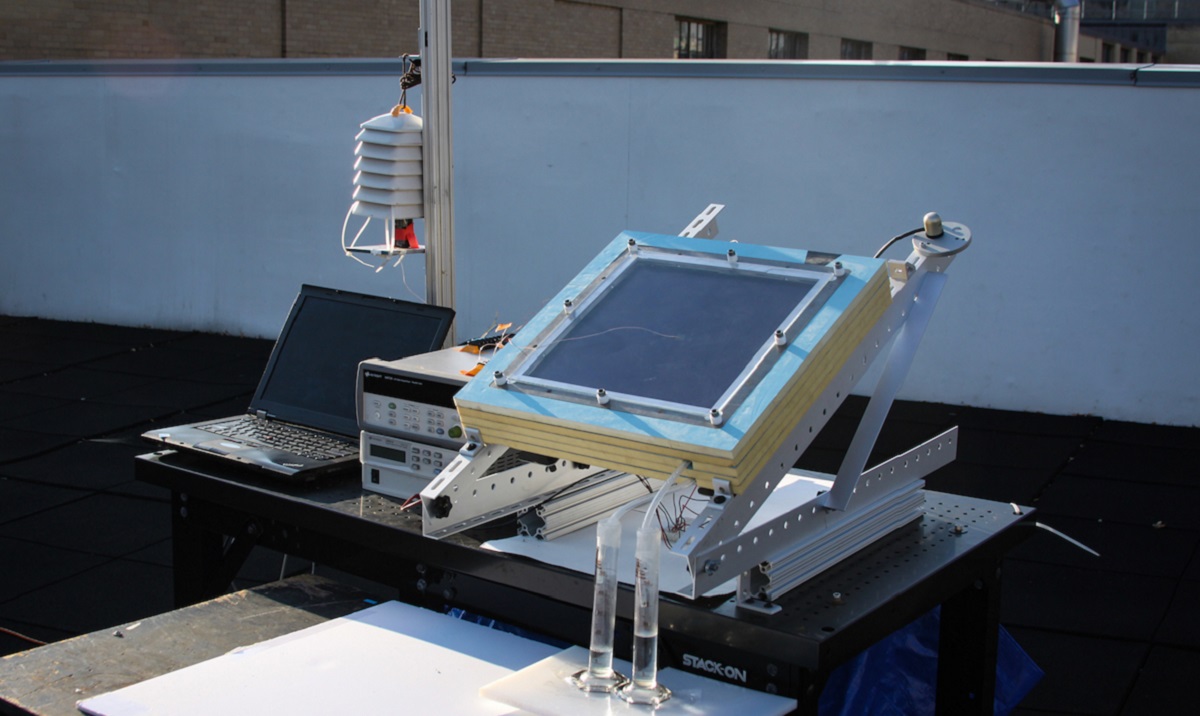 US and Korean researchers say they are a step closer to developing a practical way to extract drinkable water directly from the air, even in dry regions.

The team unveiled the design for its solar-powered system in 2017 and updated it the following year, describing the work in a paper in the journal  Nature Communications .

It works, they say, by harnessing a temperature difference within the device to allow an adsorbent material – which collects liquid on its surface – to draw in moisture from the air at night and release it the following day.

When the material is heated by sunlight, the difference in temperature between the heated top and the shaded underside makes the water release back out of the adsorbent material. The water then condenses on a collection plate.

There were limitations with the first version, however, which both the researchers and others noted. In particular, it required specialised metal organic frameworks (MOFs), which are expensive and limited in supply, and its output was not sufficient for a practical system.

The latest version, described in a paper in the journal  Joule , addresses that by incorporating a second stage of desorption and condensation, and using a readily available adsorbent material rather than MOFs. Its scalability as a potentially widespread product is thus greatly improved, the researchers say.

The work is led by Evelyn Wang from Massachusetts Institute of Technology, with colleagues from MIT, the University of Utah and Korea Institute of Science and Technology.

The new design uses an adsorbent material called a zeolite, in this case composed of a microporous iron aluminophosphate.

The production rate is still only about 0.8 litres per square metre per day, but there is potential to improve this through fine-tuning and choice of material, Wang says. Some already in development have adsorption five times greater than the zeolite her team used.

Existing approaches to atmospheric water harvesting (AWH) include fog harvesting and dew harvesting, but both have significant limitations, the researchers suggest.

Fog harvesting needs 100% relative humidity and is currently used only in a few coastal deserts, while dew harvesting requires energy-intensive refrigeration to provide cold surfaces for moisture to condense on – and still requires at least 50% humidity.

By contrast, the new system can work at humidity levels as low as 20% and requires no energy input other than sunlight or any other available source of low-grade heat.