A technology that makes water out of air 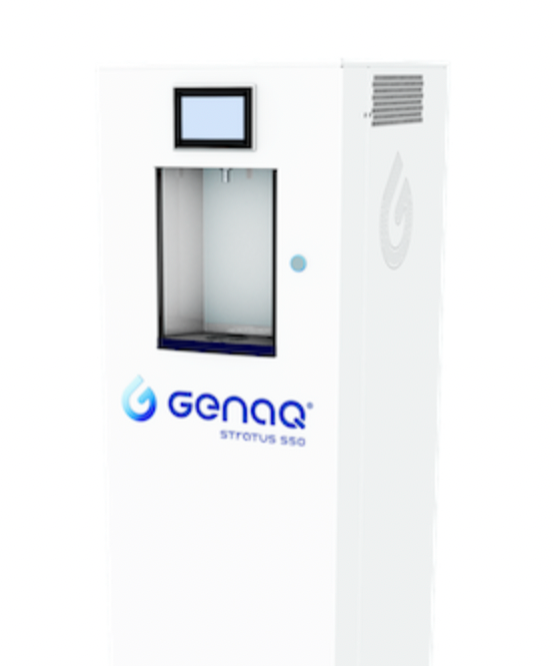 In the small town of Lucena in southern Spain, they can make water out of air. The amount of water in the atmosphere depends on a number of things, but it’s about 1% on average. While this may not seem like much, water vapor is the third most abundant gas in the atmospheric layer that surrounds us, especially in the mile or so closest to the Earth’s surface. According to the United Nations, 2.3 billion people live in water-stressed countries, so a business group from Córdoba in southern Spain decided to do something about it. Five years ago they started GENAQ, a company that builds atmospheric water generators now used in more than 60 countries around the world. This year, GENAQ won an award for the industry with the greatest growth potential. The company also leads STRATUS, a European research project developing technology to generate drinking water by condensing ambient humidity, which some researchers see as a solution for drought-stricken areas.

The idea is not new, and many so-called water-makers have enjoyed their 15 minutes of fame on television programs and news reports. Carlos Garcia, GENAQ’s CEO, is wary of such charlatans, so he strives to describe the company’s work in factual and simple terms. “It’s easy to understand if you look at the water produced by air conditioners.” The challenge is to make this process efficient enough to offset the energy consumed by producing a sufficient amount of drinking water. GENAQ has succeeded in developing an efficient water generation process that can even be powered by photovoltaic panels, reducing energy demand to a minimum.