A Walk Through a Historical Mine: EarthWorks Protects the Environment 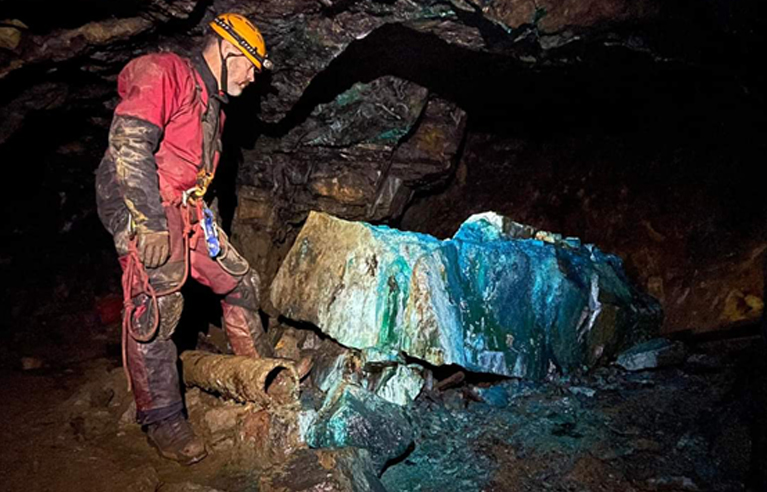 ASTERRA recently participated in the Worldwide Walk for Water and some of its team members chose to walk in non-traditional locations. Jonathan Lynch, ground engineering lead with ASTERRA, walked on a historic mine site in the Lake District.

“The walk I took was in one of the historical industrial mining areas in the Lake District, northern England. This former copper mining area was originally developed by the Elizabethans in about 1585,” said Lynch. “As the mine got deeper, the use of water became more relevant.”

“A lot of water was diverted around the hills in what they called ‘leats,’ which I suppose are small aqueducts (artificial water trenches often leading to or from a mill). These leats diverted water to places needed, such as to a water wheel. This in turn drove pumping rods to dewater the mines. The water discharged from one water wheel was then again diverted elsewhere for use in other water wheels.”

Lynch is a chartered geologist with expertise in ground engineering investigation, earthworks, and large-scale construction projects. In addition to his license from The Geological Society, he holds various site safety construction and supervision certificates.

Lynch mentioned that underground in this mine there is now secondary mineralization, as the copper sulphate-rich groundwater seeps out of the old workings and precipitates on the walls and floor of the mine. “Needless to say, there must be a lot of solutes entering the surface water system as it exits the old mine entrances,” said Lynch.

ASTERRA EarthWorks maps soil moisture for a variety of ground infrastructure applications. EarthWorks points out areas of concern and potential failure locations under hillsides, near roadways and rail beds, and around earthen dams and levees, including tailings dams holding toxic material. Immediate and long-term repairs can be made to prevent failures that threaten lives, infrastructure, businesses, and the environment.