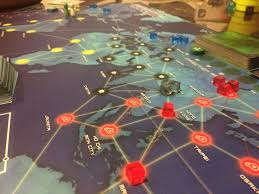 If a two-year-old child living in poverty in India or Bangladesh gets sick with a common bacterial infection, there is more than a 50% chance an antibiotic treatment will fail. Somehow the child has acquired an antibiotic resistant infection – even to drugs to which they may never have been exposed. How?

Unfortunately, this child also lives in a place with limited clean water and less waste management, bringing them into frequent contact with faecal matter. This means they are regularly exposed to millions of resistant genes and bacteria, including potentially untreatable superbugs. This sad story is shockingly common, especially in places where pollution is rampant and clean water is limited.

Here we focus on antibiotic resistant bacteria, but drug resistance also occurs in types of other microorganisms – such as resistance in pathogenic viruses, fungi, and protozoa (called antimicrobial resistance or AMR). This means that our ability to treat all sorts of infectious disease is increasingly hampered by resistance, potentially including coronaviruses like SARS-CoV-2, which causes COVID-19.

Overall, use of antibiotics, antivirals, and antifungals clearly must be reduced, but in most of the world, improving water, sanitation, and hygiene practice – a practice known as WASH – is also critically important. If we can ensure cleaner water and safer food everywhere, the spread of antibiotic resistant bacteria will be reduced across the environment, including within and between people and animals.

As recent recommendations on AMR from the Food and Agriculture Organization of the United Nations (FAO), the World Organisation for Animal Health (OIE), and World Health Organization (WHO) suggest, to which David contributed, the “superbug problem” will not be solved by more prudent antibiotic use alone. It also requires global improvements in water quality, sanitation, and hygiene. Otherwise, the next pandemic might be worse than COVID-19.

To understand the problem of resistance, we must go back to basics. What is antibiotic resistance, and why does it develop?

Exposure to antibiotics puts stress on bacteria and, like other living organisms, they defend themselves. Bacteria do this by sharing and acquiring defence genes, often from other bacteria in their environment. This allows them to change quickly, readily obtaining the ability to make proteins and other molecules that block the antibiotic’s effect.

This gene sharing process is natural and is a large part of what drives evolution. However, as we use ever stronger and more diverse antibiotics, new and more powerful bacterial defence options have evolved, rendering some bacteria resistant to almost everything – the ultimate outcome being untreatable superbugs.

Antibiotic resistance has existed since life began, but has recently accelerated due to human use. When you take an antibiotic, it kills a large majority of the target bacteria at the site of infection – and so you get better. But antibiotics do not kill all the bacteria – some are naturally resistant; others acquire resistance genes from their microbial neighbours, especially in our digestive systems, throat, and on our skin. This means that some resistant bacteria always survive, and can pass to the environment via inadequately treated faecal matter, spreading resistant bacteria and genes wider.

Read more: Big Pharma has failed: the antibiotic pipeline needs to be taken under public ownership

This is because in the developed world you defecate and your poo goes down the toilet, eventually flowing down a sewer to a community wastewater treatment plant. Although treatment plants are not perfect, they typically reduce resistance levels by well over 99%, substantially reducing resistance released to the environment. 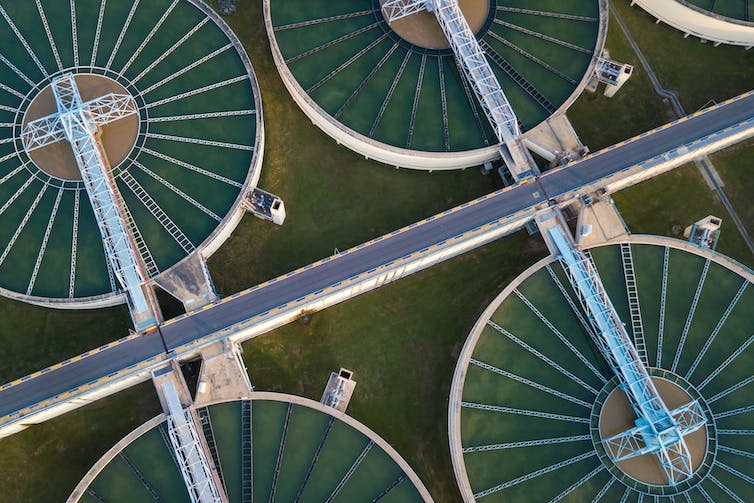 Modern sewage treatment plants remove most AMR microbes. But they are currently not affordable in much of the world. People Image Studio/Shutterstock.com

In contrast, over 70% of the world has no community wastewater treatment or even sewers; and most faecal matter, containing resistant genes and bacteria, goes directly into surface and groundwater, often via open drains.

This means that people who live in places without faecal waste management are regularly exposed to antibiotic resistance in many ways. Exposure is even possible of people who may not have taken antibiotics, like our child in South Asia.

Antibiotic resistance is everywhere, but it is not surprising that resistance is greatest in places with poor sanitation because factors other than use are important. For example, a fragmented civil infrastructure, political corruption, and a lack of centralised healthcare also play key roles.

One might cynically argue that “foreign” resistance is a local issue, but antibiotic resistance spread knows no boundaries – superbugs might develop in one place due to pollution, but then become global due to international travel. Researchers from Denmark compared antibiotic resistance genes in long-haul airplane toilets and found major differences in resistance carriage among flight paths, suggesting resistance can jump-spread by travel.

The world’s current experience with the spread of SARS-CoV-2 shows just how fast infectious agents can move with human travel. The impact of increasing antibiotic resistance is no different. There are no reliable antiviral agents for SARS-CoV-2 treatment, which is the way things may become for currently treatable diseases if we allow resistance to continue unchecked.

As an example of antibiotic resistance, the “superbug” gene, blaNDM-1, was first detected in India in 2007 (although it was probably present in other regional countries). But soon thereafter, it was found in a hospital patient in Sweden and then in Germany. It was ultimately detected in 2013 in Svalbard in the High Arctic. In parallel, variants of this gene appeared locally, but have evolved as they move. Similar evolution has occurred as the COVID-19 virus has spread.

Relative to antibiotic resistance, humans are not the only “travellers” that can carry resistance. Wildlife, such as migratory birds, can also acquire resistant bacteria and genes from contaminated water or soils and then fly great distances carrying resistance in their gut from places with poor water quality to places with good water quality. During travel, they defecate along their path, potentially planting resistance almost anywhere. The global trade of foods also facilitates spread of resistance from country to country and across the globe.

What is tricky is that the spread by resistance by travel is often invisible. In fact, the dominant pathways of international resistance spread are largely unknown because many pathways overlap, and the types and drivers of resistance are diverse.

Resistant bacteria are not the only infectious agents that might be spread by environmental contamination. SARS-CoV-2 has been found in faeces and inactive virus debris found in sewage, but all evidence suggests water is not a major route of COVID-19 spread – although there are limited data from places with poor sanitation.

So, each case differs. But there are common roots to disease spread – pollution, poor water quality, and inadequate hygiene. Using fewer antibiotics is critical to reducing resistance. However, without also providing safer sanitation and improved water quality at global scales, resistance will continue to increase, potentially creating the next pandemic. Such a combined approach is central to the new WHO/FAO/OIE recommendations on AMR.

Other types of pollution and hospital waste

For example, about ten years ago, one of us (David) studied metal pollution in a Cuban river and found the highest levels of resistant genes were near a leaky solid waste landfill and below where pharmaceutical factory wastes entered the river. The factory releases clearly impacted resistance levels downstream, but it was metals from the landfill that most strongly correlated with resistance gene levels in the river.

There is a logic to this because toxic metals can stress bacteria, which makes the bacteria stronger, incidentally making them more resistant to anything, including antibiotics. We saw the same thing with metals in Chinese landfills where resistance gene levels in the landfill drains strongly correlated with metals, not antibiotics.