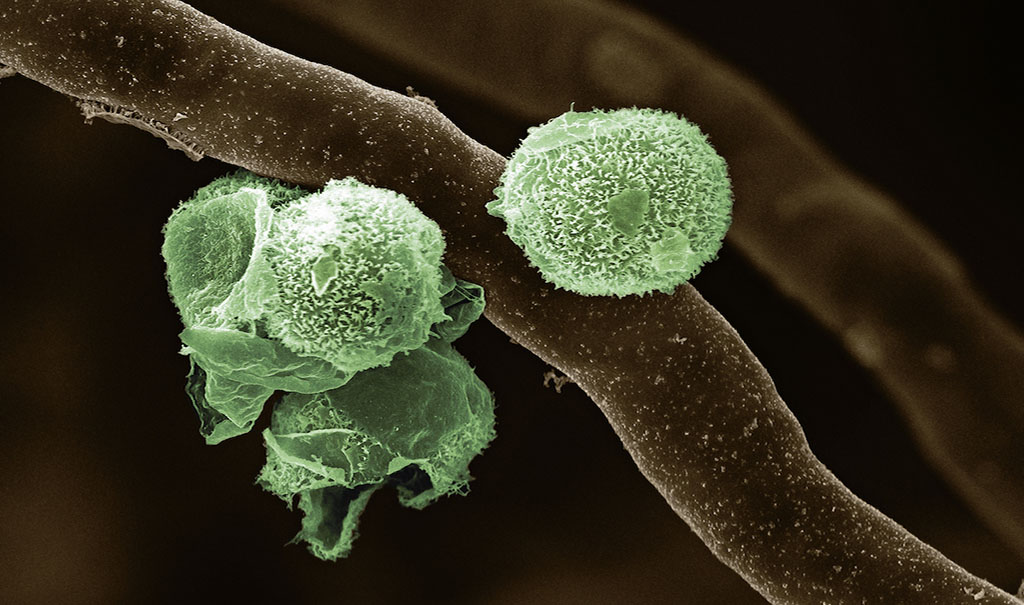 Scientists think that green algae are plants water-living ancestors, but we are not sure how the transition to land plants happened.

New research from Michigan State University, and published in the journal eLife, presents evidence that algae could have piggybacked on fungi to leave the water and to colonize the land, over 500 million years ago.

“Fungi are found all over the planet. They create symbiotic relationships with most land plants. That is one reason we think they were essential for evolution of life on land. But until now, we have not seen evidence of fungi internalizing living algae,” said Zhi-Yan Du, study co-author and member of the labs of Christoph Benning, and Gregory Bonito.

When grown together, both organisms form a strong relationship.

“Microscopy images show the algal cells aggregating around and attaching to fungal cells,” Du said. “The algal wall is slightly broken down, and its fibrous extensions appear to grab the surface of the fungus.”

Surprisingly, when they are grown together for a long time – around a month – some algal cells enter the fungal cells. Both organisms remain active and healthy in this relationship.

“This is a win-win situation. Both organisms get additional benefits from being together,” Du said. “They exchange nutrients, with a likely net flow of carbon from alga to fungus, and a net flow of nitrogen in the other direction. Interestingly, the fungus needs physical contact with living algal cells to get nutrients. Algal cells don’t need physical contact or living fungus to benefit from the interaction. Fungal cells, dead or alive, release nutrients in their surroundings.”

“Even better, when nutrients are scarce, algal and fungal cells grown together fend off starvation by feeding each other. They do better than when they are grown separately,” explained Du.

Perhaps this increased hardiness explains how algae survived the trek onto land.

“In nature, similar symbiotic events might be going on, more than we realize,” Du said. “We now have a system to study how a photosynthetic organism can live inside a non-photosynthetic one and how this symbiosis evolves and functions.”

Both organisms are biotech related strains because they produce high amounts of oil. Du is testing them as a platform to produce high-value compounds, such as biofuels or Omega 3 fatty acids.

“Because the two organisms are more resilient together, they might better survive the stresses of bioproduction,” Du said. “We could also lower the cost of harvesting algae, which is a large reason biofuel costs are still prohibitive.”