An Interview with Brian Richter: "Moving From Water Scarcity To Sustainability Is Possible" 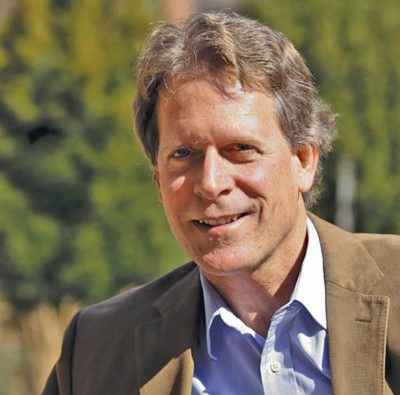 Brian Richter has been a global leader in water science and conservation for more than 30 years. He is the president of Sustainable Waters, is professor of Water Sustainability at the University of Virginia, and featured in a BBC documentary with David Attenborough. His latest book, Chasing Water: A Guide for Moving from Scarcity to Sustainability, has been published in six languages.

Q: Brian, in your work you mention moving “from scarcity to sustainability” – h ow optimistic are you we can achieve  this ?

A:  I’m a never-dying optimist. Ironically, we are so wasteful with water and manage it so poorly that we have tremendous opportunity to do better! In many parts of the world if we can move aggressively enough to apply the knowledge and technology that already exists, we can catch up and get close to a state of sustainability. But we do need to move fast.

Q: Where is this sustainable change coming from?

A: Water conservation and demand management is by far and away the most cost-effective and volumetrically effective way to get us out of water scarcity.

Our studies showed that reduction in urban water actually came from the energy bill passed in the 90s. The architects of that federal legislation understood the linkage between energy and water – that if we use less water we’re also going to be using less energy.

Q: Does technology have the answer?

Particularly technologies that can stretch our water supplies, such as desalination, are going to become really important. We’re in a dire situation in terms of freshwater supplies – our studies show a third of groundwater and surface sources water globally are being stressed too heavily already. Anything that can help relieve some of that pressure is going to be immensely important, whether it’s new desalination, water reuse, evaporation capture. 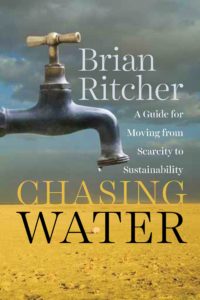 Q: You were born in  California – how do you see the current water extraction situation there?

Agriculture is by far the dominant water use in California, but the water is being overused, as evidenced by the depleting groundwater aquifers. Collectively, the Central Valley and lower Colorado River regions in particular produce a huge percentage of product but are overusing water. The Sustainable Groundwater Management Act has serious implications as there is going to be less water available to use.

This is going to push adoption of available practices and technologies, and push innovation so we can enable farmers to keep producing while using substantially less water. A lot of these places are going to have to cut back on their water use by 20% to a third, so this is a pretty serious challenge.

Q: How did we get ourselves into this situation?

A: Since around 2000, much of the western US seems to have shifted into a new climatic state. What was previously termed a ‘mega-drought’ is now being referred to as long-term aridification and the ‘new normal’. Climate scientists are in strong consensus about this, and it’s showing up in serious ways: climate warming has already reduced the flow of the Colorado River by 10%, expected to reduce another 10-20% by 2050.

Climate change is already coming home to roost, and it’s going to worsen; urban and agricultural water managers are grappling with this reality. The Colorado River is the poster child for this right now. We are on the brink of catastrophic disaster with the Colorado River system; we’re in a really dangerous situation right now.

Q: What is the role of sustainable irrigation management in improving the situation?

A: We did a study a few years ago about water savings in irrigation; I think the interaction between your tech and soil health would be interesting to look at. The intersection of soil moisture retention increases and reduction in irrigation requirements is particularly fascinating.

If you can manage to reduce irrigation water use by 20-30% that’s literally a game-changer. We’ve done so much research on water scarcity in river basins around the world and it’s uncanny how many places require a shift of about 20%. That seems to be the turning point required for moving from scarcity to sustainability; if you’ve got a 20% shift in water in the Colorado River basin, you’re back in the realm of sustainability, so it’s fascinating and good news to hear about AQUA4D’s projects.

A: What’s really interesting is that as you improve overall soil structure, they become more capable of retaining moisture. And if that is the case, then root masses also increase and less supplemental water needs to be applied.

Certainly the Regenerative Agriculture movement is very important, and is all about increasing soil health and organic matter.  A lot of farmers in the US Midwest have moved to no-till agriculture, and are getting better crop production at the same time as better soil moisture retention.

Improved irrigation practices and technologies should be an integral part of regenerative agriculture, but I don’t see that yet. But it will find its way into the conversation in the coming years. 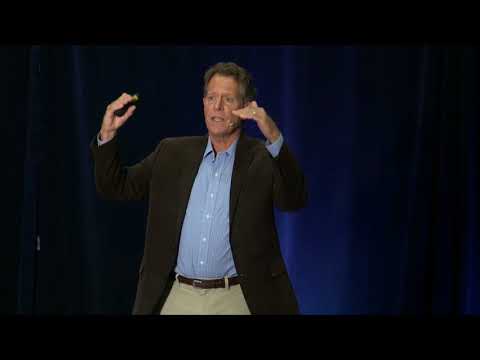 Q: What currently excites you in the area of sustainable agriculture?

One thing that comes to mind is impact investments: where is money going to come from to? There are a lot of interesting programs coming out, there are some promising signs and public-private partnerships interested in measurable improvements on a pay-for-performance basis. That could be, for example, reduced water consumption, reduced nutrients entering our water cycles. This is creating new scalable investment opportunities, at a scale where we might see landscape transformation.

Up to now, there’s been a slight perception problem when compared to other environmental issues – water scarcity hasn’t been given as much priority as some other issues. Much of agricultural irrigation is subsidized – the federal governments built the infrastructure a hundred years ago – and this majorly disincentivized motivation for investing in improved approaches. We need more joined-up thinking between industries to avoid unintended consequences.

Q: What is the importance of water conservation in urban areas?

A: Urban water managers are now quite aware that irrigation of outdoor landscapes is half of water use if not more. So, if they’re in a water scarcity situation, one of the first places they’re looking is how water is used outside the home. Much of the progress that needs to be made is in this area, and indeed is being made, with landmark schemes in places like Las Vegas.

Q: Finally, you say you’re an optimist – what are your grounds for optimism?

Some are referring to it as “net zero water”, which is really exciting. There’s a lot of interesting information in the engineering and architectural communities about being able to do better capture of rainwater, and better treatment of the water once it’s been used. That’s going to change the game – getting our demands down, and tapping into alternative supplies. Our water footprint might even lighten up in the coming decades.

Finally, for all the negative things we hear about young people, my experience has been the opposite: they’re the most switched-on environmentally aware generation. I think they’re gonna do some great things in the coming decades. So it could be a brighter future – I don’t like the alternative!