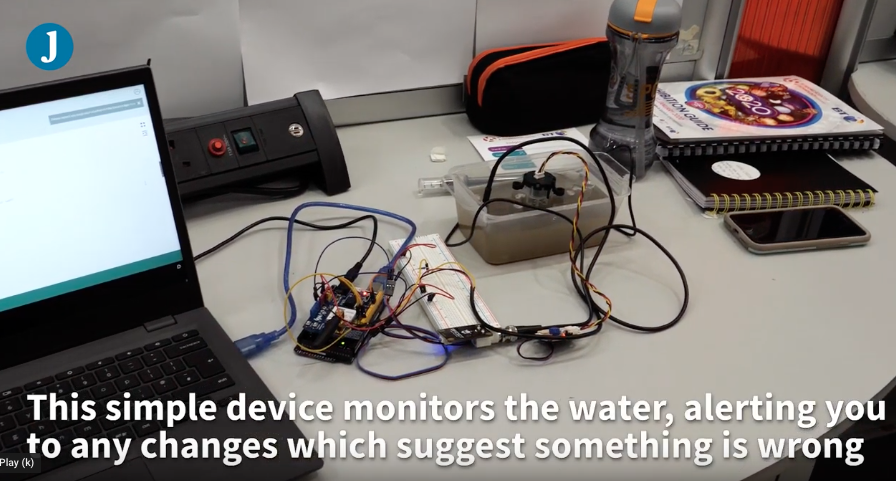 AROUND 11% OF people in Ireland get their water supply from private wells – but unlike with a public supply, it is difficult to continuously monitor these for contamination.

Supplies can be tainted by everything from urban or farm runoff to the presence of harmful bacteria – neither of which you want coming out of your kitchen tap.

Currently, the EPA recommends that wells are tested once a year, but there is no legal requirement to do so.

A project at the BT Young Scientist and Technology Exhibition by Michael Corcoran and Maya Kamboj aims to make it easier for owners of private wells to know when to test for contamination.

The students from St Finian’s College developed a device which doesn’t test for the exact type of contamination – something which would usually require tests in a laboratory – but instead monitors for signs that something could be wrong – a change in temperature, an increase in turbidity (you might remember that from recent large-scale boil water notices), or changes in electrical conductivity (which would indicate that something’s in the water that isn’t usually there).