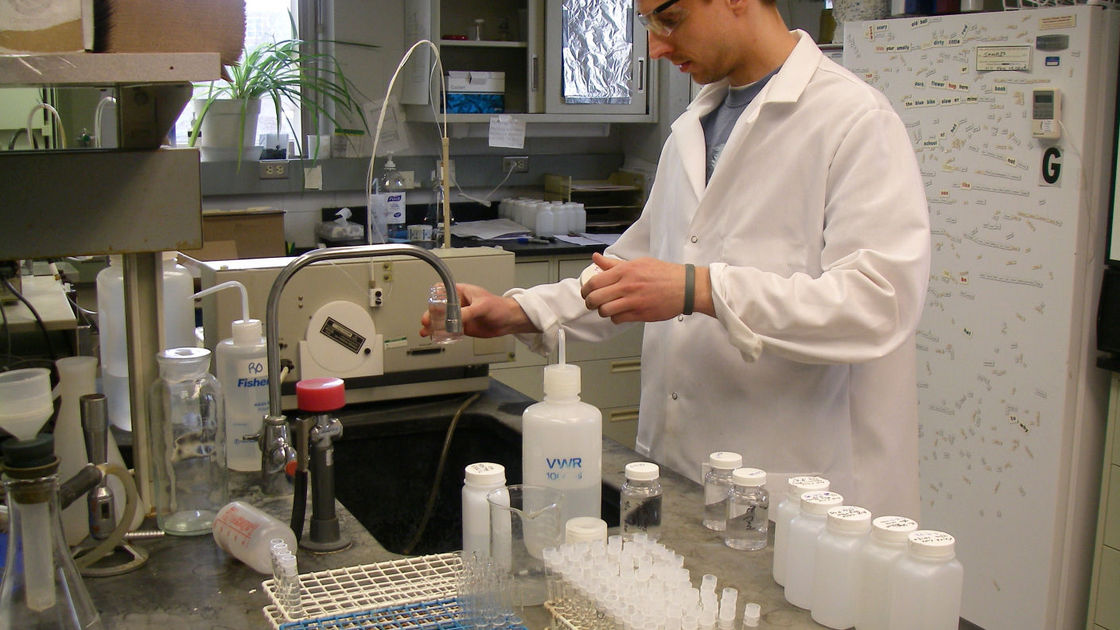 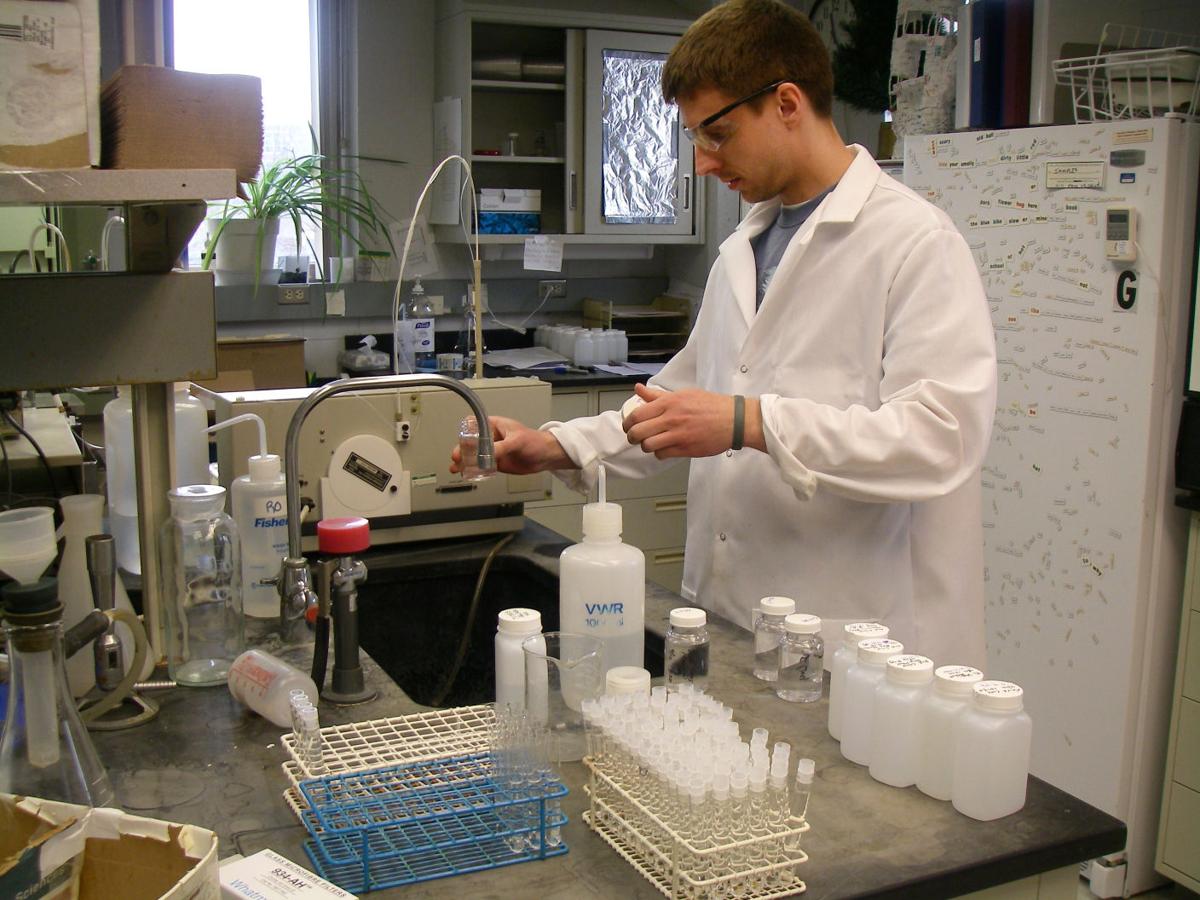 Late on a winter night in 2004 in Kewaunee County, six-month-old Samantha Treml was rushed to an emergency room, violently ill from bathing in water poisoned by manure spread on a nearby frozen field that seeped into the home’s private well. The rest of her family got sick, too.

In 2014, seven people visiting Door County were sickened after manure from a large farm made its way into a home’s private water well.

In 2015, Kewaunee County Board member Chuck Wagner discovered that the new $10,000 well he was forced to install two years earlier was again contaminated with viruses and cow manure. Wagner and his wife now use a reverse osmosis system to filter the water before drinking or cooking while they contemplate whether to dig a second new well.

And this year, the Algoma School District is offering free water to residents whose wells are contaminated. In early March, a group of local residents asked the U.S. Environmental Protection Agency to provide emergency water for Kewaunee County residents with contaminated drinking water.

“It’s astonishing, the number of people who can’t use their drinking water,” said Algoma School District Superintendent Nick Cochart, whose own well is polluted.

Between 2007 and 2010, an estimated 18 percent of 3,868 private wells in Wisconsin tested positive for coliform bacteria — an indicator of disease-causing bacteria, viruses or parasites — according to a 2013 study by researchers with the state Department of Health Services.

That translates into as many as 169,200 of the 940,000 Wisconsin households served by private wells exposed to disease-causing pathogens. Most consumers are unaware of the danger; just 16 percent of private well owners in Wisconsin have them tested annually, the DHS study said.

The problem also plagues municipal water systems where coliform bacteria accounts for most of the violations of health standards recorded each year. The 2014 Department of Natural Resources drinking water report on the state’s public water systems found 3.7 percent, or 420 of the 11,420 systems, had detectable levels of coliform.

The report said those 420 systems serve about 92,290 people. Most of the violations, 351, were in small public water systems serving motels, restaurants, churches and campgrounds.

Contamination by pathogens is of special concern because unlike pollution by metals or chemicals, pathogens can sicken people after just a single exposure and can be life-threatening to some people.

Whether it was manure spread irresponsibly on a frozen field, a septic system compromised by pollution-prone geology or untreated municipal drinking water, incidents of pathogens in drinking water in Wisconsin have revealed weaknesses in government oversight of this most basic and necessary resource, the Wisconsin Center for Investigative Journalism found.

Committees formed as a result of contamination in Kewaunee County recently proposed steps to better protect Wisconsin’s drinking water from agricultural pollution. These work groups, composed of farmers and residents and federal, state and local officials, were formed after Kewaunee County residents petitioned the EPA in 2014 for help with the county’s water problems.

George Althoff, DNR spokesman, said the agency is “actively working on formulating short-term and long-term plans to address water quality issues in Kewaunee County.” He added that “this has been and is a priority for the agency.”

But some residents and others remain skeptical the DNR will take meaningful action, and they criticize the agency for taking too long to address what some are calling a crisis.

How bad is it? Recent testing funded by the DNR found more than one-third of the 320 wells tested in Kewaunee County were unsafe to use because of coliform, E. coli or nitrate. The second phase of the study will show the exact source of the pollutants.

Wagner discovered in the most recent round of testing that his new well — which he built in 2013 to replace an old contaminated well — is now tainted by four bovine viruses as well as nitrate.

Wagner, who served for 10 years on the state’s Land and Water Conservation Board, said clean water and agriculture can exist side by side, but DNR must take action.

As for the Tremls, the family eventually was awarded an $80,000 settlement from the insurance company for Stahl Farms, which spread the manure that sent Samantha, now 12, to the hospital. The farm also paid a $50,000 fine to the state for violating its DNR permit.

Treml said she believes her family’s move to Green Bay was the right decision.

“In Kewaunee County, the problems have gotten even more horrific,” she said. “In 10 years, it hasn’t improved at all.”

Kewaunee County is home to 20,574 people and 76,000 cows, according to county data. It has one of Wisconsin’s highest concentrations of large dairy farms, known as Concentrated Animal Feeding Operations or CAFOs. Such farms, which have up to 8,000 head of cattle, can produce as much feces as a city, and most of it ends up on nearby farm fields.

Kewaunee County’s 16 CAFOs contribute the bulk of the more than 555 million gallons of liquid manure that are spread on the county’s fields each year, county figures show.

The likelihood that manure from such large farms will contain one or more pathogens is “very high,” according to the EPA. These pathogens include E. coli, Salmonella, Giardia and Cryptosporidium. All can cause severe diarrhea and can be deadly for those with weakened immune systems as well as infants, young children and pregnant women — about 20 percent of the U.S. population.

Legislation aimed at bolstering protections against manure pollution in areas with fractured bedrock, such as Kewaunee County, was introduced by Democratic lawmakers in January.

“We are dealing with a public health crisis,” said state Rep. Eric Genrich, D-Green Bay, who co-authored the bill with state Sen. Dave Hansen, D-Green Bay. “We have communities in northeast Wisconsin where half of the wells that are tested are contaminated and the water is undrinkable, where residents no longer have access to safe, clean drinking water.”

The bill did not advance in the Republican-controlled Legislature. In the meantime, state Rep. Joel Kitchens, R-Sturgeon Bay, has introduced a bill of his own to raise the maximum household income from $60,000 to $90,000 under the Well Compensation Grant Program, which helps owners pay for replacement of wells contaminated by livestock feces. But he acknowledged the change is not a solution to the pollution problems.

Three counties — Brown, Manitowoc and Kewaunee — have acted on their own, passing ordinances that restrict manure spreading in vulnerable areas. A study of the new county regulations, published in 2015 in the journal Resources, concluded the rules have caused “statistically significant reductions” in well contamination compared to other counties with fractured bedrock that used voluntary efforts. Those counties saw no improvement.

Tim Trotter, executive director of the Dairy Business Association, the state’s most powerful dairy lobby, said farmers are serious about ensuring clean water. But they insist any new state regulations must take into account the impact on agriculture.

“I think with any new rules there should be a balance between safety and being practical,” said John Pagel, who owns a large dairy farm and serves on the Kewaunee County Board.

Lee Luft, a Kewaunee County Board member who is part of the DNR work groups, said residents will be watching the agency’s actions closely.

“If these recommendations are not implemented,” he said, “my sense is that whatever remaining confidence the residents have in the DNR will evaporate.”

The DNR’s seeming reluctance to address concerns about pollution from the big farms is not new, according to an April 2015 investigation by a group called the Socially Responsible Agricultural Project, based in the state of Oregon. The group’s “Rap Sheets” report documented a lack of DNR enforcement on large-scale farms in Kewaunee County going back to the mid-1980s.

Using the DNR’s own records, the group uncovered dozens of instances in which large dairy farms violated anti-pollution laws with no follow-up to ensure problems were corrected.

The agency disputed the report — saying it was enforcing the law to its fullest authority — but allegations of lax regulation continued to surface.

In October, Midwest Environmental Advocates filed another petition, this time on behalf of 16 residents from across Wisconsin, asking the EPA to rescind the state’s authority to enforce discharge permits under the Clean Water Act if changes are not forthcoming.