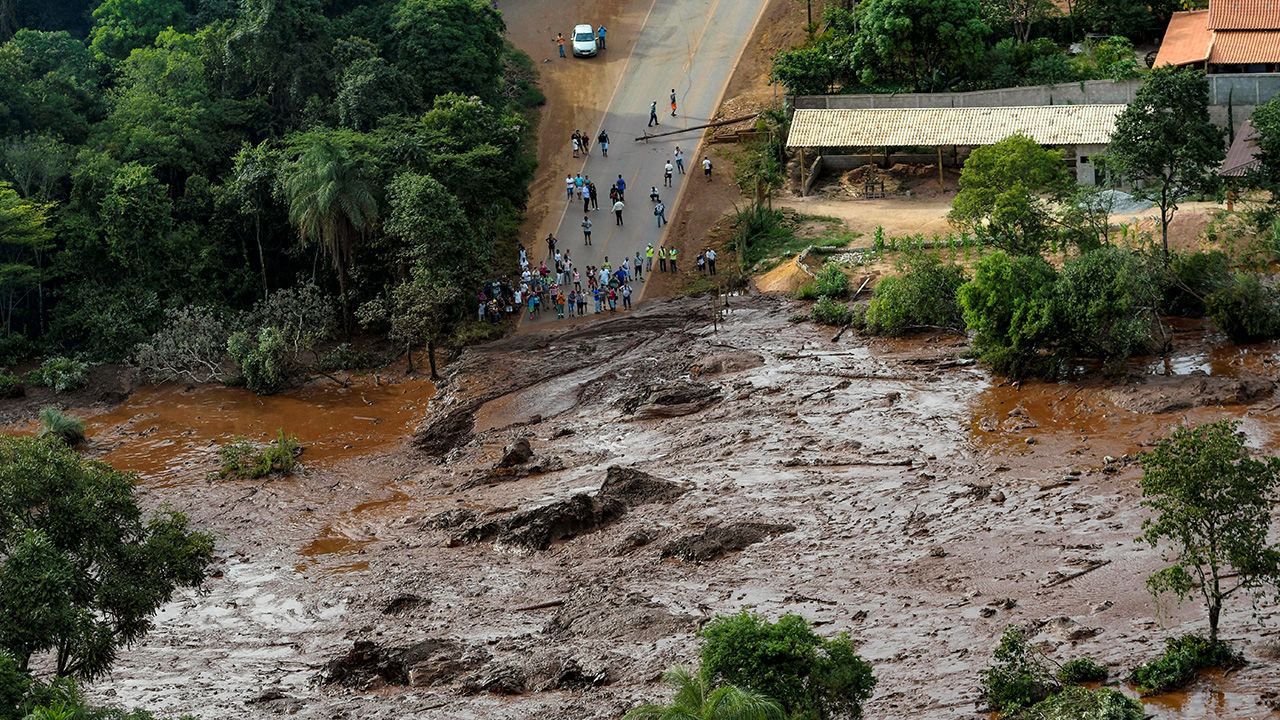 Mud released by a burst tailings dam at an iron mine near Brumadinho, Brazil, killed 270 people in 2019.

The dam, a 40-meter wall of rocks and dirt, gave way without warning, unleashing a torrent of mud. Within a day, some 21 million cubic meters of gray goo and water—the tailings waste left behind by 16 years of copper and gold mining at the Mount Polley mine in western Canada—escaped from a holding pond behind the dam, buried a creek, and poured into Quesnel Lake, home to one-third of British Columbia’s legendary Fraser River sockeye salmon.

The 2014 Mount Polley disaster shocked mining engineers around the world. Many considered Canada a leader in developing rules aimed at preventing the failure of such tailings dams, and respected the mine’s owner, Imperial Metals. “That wasn’t supposed to be able to happen,” Jim Kuipers, an engineer and former tailings dam manager who now consults for environmental groups, recalls a colleague telling him.

Since then, the sense of crisis has deepened. In 2015, a tailings dam in Brazil collapsed, unleashing a mammoth mud spill that killed 19 people, contaminated 668 kilometers of river, and reached the Atlantic Ocean. In 2018, a dam failed at a major mine in Australia; luckily, a second barrier prevented disaster. Last year, a dam disintegrated at a decommissioned Brazilian iron mine, releasing a torrent that killed 270 people.

Engineers fear more catastrophes await, as the world confronts a swelling volume of muddy mine tailings, contained by more and larger dams. Some rise to nearly the height of the Eiffel Tower and hold back enough waste to fill Australia’s Sydney Harbor. “The consequences of a failure are getting much bigger,” says Priscilla Nelson, a geotechnical engineer at the Colorado School of Mines.

In response, scientists, governments, environmentalists, and miners are searching for safer ways to handle the tainted mud. Some are trying to simply inventory the world’s tailings dams—estimates of the number range from 3500 to 21,000—and identify those most at risk of failure. A few have called for a ban on one common but failure-prone design. Others are working on regulatory and management fixes. “The mining industry,” says Joseph Scalia, a geotechnical engineer at Colorado State University, “is realizing they can’t just spend as little as possible and the problem is going to go away.”

TAILINGS ARE THE TRASH of the mining world. To extract most metals, from iron to gold, miners often mix pulverized rock with water, creating a milkshake of silt and gravel. As higher quality mineral deposits run out, miners are turning to lower grade sources that generate more waste. Worldwide, the metal content of copper ore has fallen by nearly half since the mid–20th century. Extracting a single kilogram of copper can now produce 200 kilograms of sludge. The muck is often contaminated with toxic metals or minerals that produce sulfuric acid when exposed to air.

Tailings dams, unlike those built to store water or generate power, don’t earn revenue, creating an incentive for mine owners to minimize costs. Many are built piecemeal throughout the life of a mine. And the barriers are often made from a mixture of rock and the tailings themselves, rather than a more uniform and predictable material such as concrete. Those factors contribute to a failure rate that, over the past century, was more than 100 times higher than that of reservoir and power dams, according to one estimate.

Each disaster has its own constellation of causes, but some arise from seemingly trivial errors. At Mount Polley, investigators led by Norbert Morgenstern, a geotechnical engineer at the University of Alberta concluded that part of the dam was built on a weak patch of silt and clay. Exploratory boreholes drilled prior to construction were too shallow to find the problem. Builders further weakened the dam by making its walls steeper than planned, after the company ran short of rock. One night, the weight of the sludge became more than the dam could bear.

It could have been much worse. No one died. Workers ultimately repaired the dam and shoveled up much of the mud that had buried the creek. (The company says the spill didn’t cause long-term harm to the Quesnel Lake ecosystem, but some ecologists say it’s still too early to tell.)

Morgenstern, who also led the investigations into the 2015 Brazilian incident and the 2018 Australia failure, has found that faulty engineering, including inadequate scrutiny of the underlying geology, was at the heart of all but two of 15 major incidents between 1980 and 2015.

One major problem, he says, is the “normalization of deviance.” The phrase, coined after the 1986 explosion of the space shuttle Challenger, describes how engineers can be lulled into accepting a series of seemingly small risks that snowball into a catastrophe.

There is an unwritten covenant that regulators and mine owners can count on engineers to design a safe tailings system, Morgenstern told a gathering of Brazilian geotechnical engineers in 2018. “That covenant,” he said, “has been broken.”