CCell Renewables could have solution to reversing coastal erosion 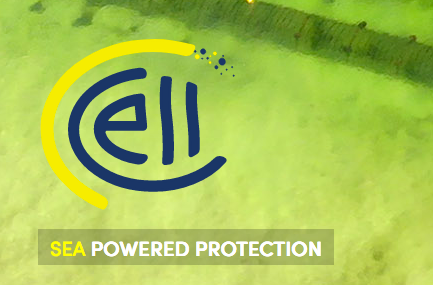 British tech firm CCell Renewables could have solution to reversing coastal erosion caused by climate change
The technique, which is powered entirely using either solar energy or wave power, is an alternative to existing methods of trying to form reefs by dropping concrete breakwaters into the sea

For the hoteliers and residents of Telchac Puerto on Mexico’s Caribbean coast, climate change is fast eroding their ability to make a living. In less than a decade, 10 metres of the glorious beach which draws tourists to the former fishing village has been gobbled up by coastal erosion, leaving just a narrow strip of sand for holidaymakers and their sunloungers.

But now there are promising signs that new UK technology is starting to reverse the problem and could eventually help to turn back coastal erosion, from places as diverse as Britain and Belize, where it threatens homes and livelihoods.

Some 5,000 miles away from the Mexican resort, in an office in north London, what is fast beginning to look like a hi-tech, sustainable solution, is being deftly controlled via the internet.
i's guide to helping the planet in your everyday life

Lying on the seabed some 100m or so off the seafront at Telchac Puerto, situated on the Yucatan peninsula, is a deceptively basic looking metal structure – a succession of grid-like steel arches – that is being minutely monitored from the office Finsbury Park. It is the world’s first artificial “digital reef”.

The 120m stretch of conjoined arches was installed this summer by CCell Renewables, a British company which has developed an ingenious method of mitigating the effects of coastal erosion by using the prefabricated metal frames and some painstakingly developed bespoke electronics.

By harnessing the curious effects of passing a small electric current through sea water, the technology allows the formation of limestone on the manmade structure via electrolysis and ultimately a beach-protecting coral reef in a fraction of the time that it would take to occur naturally.

Despite the apparatus at Telchac Puerto only being in place for a few months, the leaders of the project say locals are already reporting a difference to their beach. CCell is now exploring further installations in locations from Israel to Honduras to Belize and even, eventually, the cold seas off Britain.
created by dji camera ?digital reef? installed by CCell Renewables Low Tide Image via will@ccell.co.uk
The ‘digital reef’ installed by CCell Renewables at low tide (Photo: Supplied)

The technique, which is powered entirely using either solar energy or wave power, is an alternative to existing methods of trying to form reefs by dropping concrete breakwaters into the sea or countering beach erosion by trucking in fresh sand on an annual basis. CCell argues that its methods achieve results at a fraction of the cost in both monetary and environmental terms.

Dr Will Bateman, the civil engineer who founded CCell after deciding to use his PhD in wave behaviour from London’s Imperial College to explore ways of harnessing the oceans themselves to solve ecological issues, told i: “There are multiple challenges but when you get the rock formation right, it forms the perfect environment to nurture corals. As far as the corals are concerned, this is like handing them a bar of chocolate to feed on.

“Anyone can build a reef. The real challenge is knowing if it’s the right shape, whether it can withstand the wear and tear of the ocean and how to adjust the electrolysis to grow the rock. We think we have the basic answers but we’re not complacent – there is plenty to improve on.”

Scientists have calculated that an effect of climate change, alongside rising sea levels, is an increase in the amount of energy carried by waves – in the case of the Yucatan about one-two per cent a year. As a result, 70 per cent of the world’s coastlines are estimated to be at risk of coastal erosion, with some 200 million people worldwide reliant on the protection offered by existing – but threatened – coral reefs.

CCell’s system works by seeking to dissipate the damaging effects of large waves as they hit each porous manmade reef, while at the same time being at the right height to allow smaller waves, which crucially have the effect of transferring sand onto beaches, to pass through.

Passing an electric current through water around the frame – at a maximum of six or seven volts, the system presents no danger to life – has the effect of forcing dissolved minerals to crystallise on the metal and slowly build up the sort of porous layers of limestone beloved of warm water corals.

Early results suggest it can take as little as six months of electrolysis, which is controlled and varied from London using information sent to and from the reefs via transmitters, to build up sufficient “rock” on the steel frames and allow the transfer of coral “polyps” which begin to form a functioning reef.