Changes in the conductivity of water when adding hydrochloric and sulfuric acid to it | tiwater.info 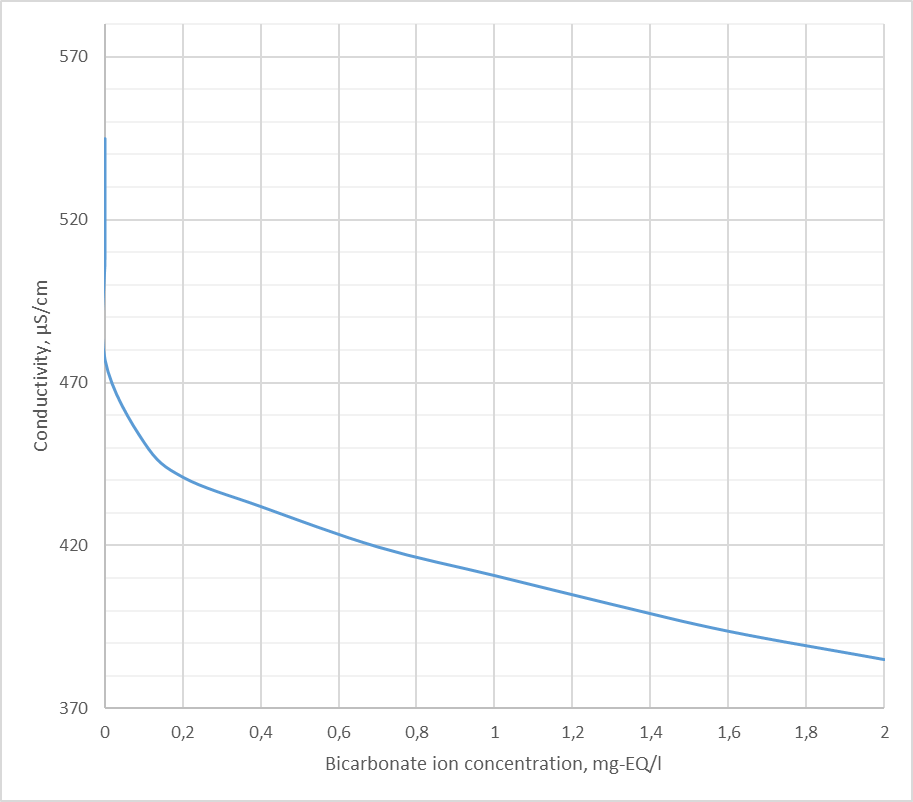 The process of precipitation of temporary hardness salts significantly worsens the operational characteristics of the equipment. This is particularly true for the circulation loops of the fan cooling towers, installation of reverse osmosis water desalination, etc.

In these processes, there is no significant heating of water or water is not heated at all, but there is an increase in the salinity of water due to the peculiarities of the technological process. As a result, the carbon dioxide balance is disturbed and the precipitation of calcium carbonate salts begins.

Effective pretreatment of water for these processes is the dosing of hydrochloric or sulfuric acid into the source water. As a result, bicarbonate turns into carbon dioxide, but chlorides and sulfates also appear in the water, respectively.

It is customary to monitor the process of acid dosing using the pH value.