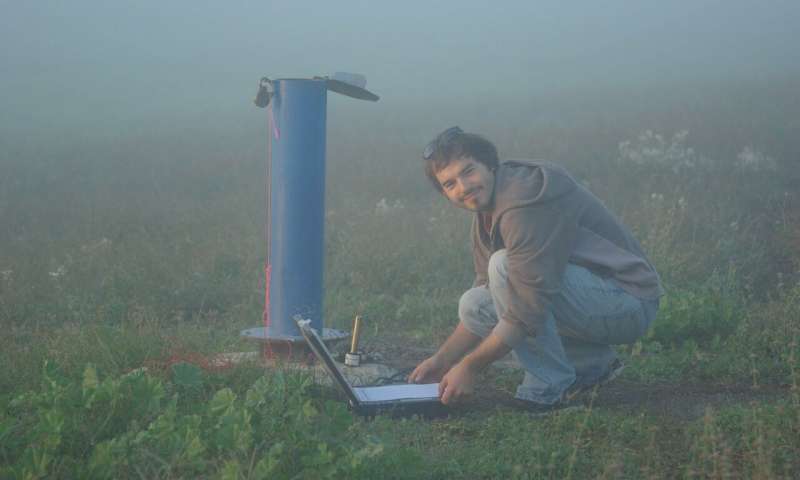 by Karlsruhe Institute of Technology 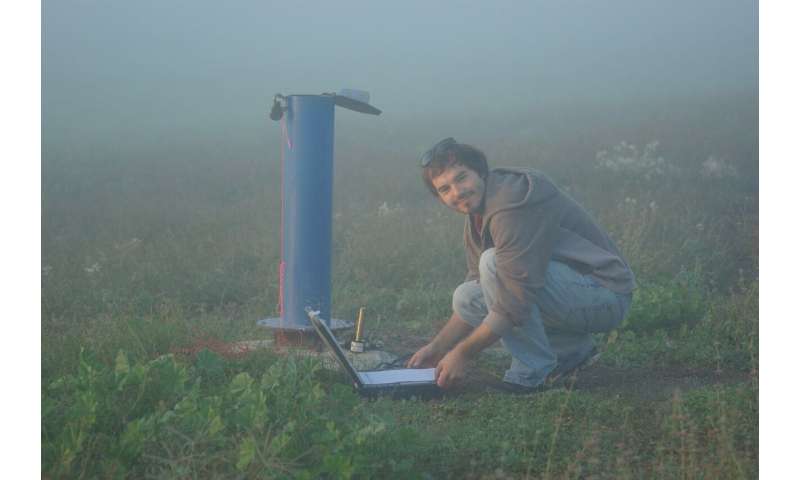 Water is a vital resource for people and the environment. One of the most important sources is groundwater which is renewed from precipitation or surface water. Population growth as well as agriculture and industry strongly influence the quantity and quality of groundwater. To be able to investigate groundwater resources more easily, cost-effectively and comprehensively than in the past, researchers at Karlsruhe Institute of Technology (KIT) have developed a new method with Australian colleagues which they are now unveiling in the  Reviews of Geophysics journal.

According to the German Environment Agency, more than 70 percent of drinking water originates from groundwater in Germany alone. Production is increasing so rapidly across the world that groundwater levels are falling, quality is deteriorating and whole cities are facing groundwater-related subsidence. Therefore, it is important to explore subsurface properties for managing resources more sustainably.

"Current testing methods require active pumping of water from a specially designed water extraction well while observing the water level in other wells in the vicinity," says Dr. Gabriel Rau from the Institute of Applied Geosciences (AGW) at KIT. To do this, two or three people would need to set up a pump test and supervise measurements for an extended period of time. This method is very expensive, can last anywhere from a few hours to several months depending on the subsurface properties, and the result is only valid for the tested location. "Underground aquifers vary greatly in space, and it is much too expensive and intrusive to build extraction wells everywhere."

Together with the University of New South Wales (UNSW) in Sydney and the Deakin University in Melbourne, KIT has now developed a new method which evaluates information about tidal effects on groundwater levels.

Similar to tides in the ocean, the groundwater level is affected by tidal forces, with the change in gravitation squeezing the porous rocks in the subsurface and causing measurable pressure changes. In addition, there are atmospheric tides which cyclically change subsurface pressure. “We can measure this change at low cost and using less complex procedures and fewer personnel to quantify subsurface properties,” says Rau. Engineers require no special extraction wells for this but can place an automated water pressure data logger at a conventional groundwater measuring point. The pressure sensor then measures the groundwater level regularly for at least a month. Using the measurements, researchers can calculate the physical properties of the subsurface such as porosity, hydraulic conductivity and compressibility and translate the findings into the sustainable use of groundwater resources. “Since it is much cheaper to drill monitoring boreholes than to create entire wells, we can carry out measurements in more locations, significantly increasing the number and coverage of the subsurface properties calculated,” says Rau.

The researchers have studied and summarized international studies and articles from various disciplines for their method: “We have seen that the recent advances in groundwater research show potential for much cheaper long-term groundwater studies,” says Timothy McMillan from the Connected Waters Initiative Research Center at UNSW Sydney. “In our method we use a combination of engineering, science and maths, and the impact of tides on groundwater to calculate the subsurface properties.” These findings can also contribute to predicting spatial and temporal fluctuations of the climate system and its impact on groundwater resources. “We are facing enormous challenges in the future. Our method makes it easier to investigate subsurface resources and therefore to manage them more sustainably,” says Rau.

Source: Karlsruhe Institute of Technology
Read more about this research at the University of New South Wales.