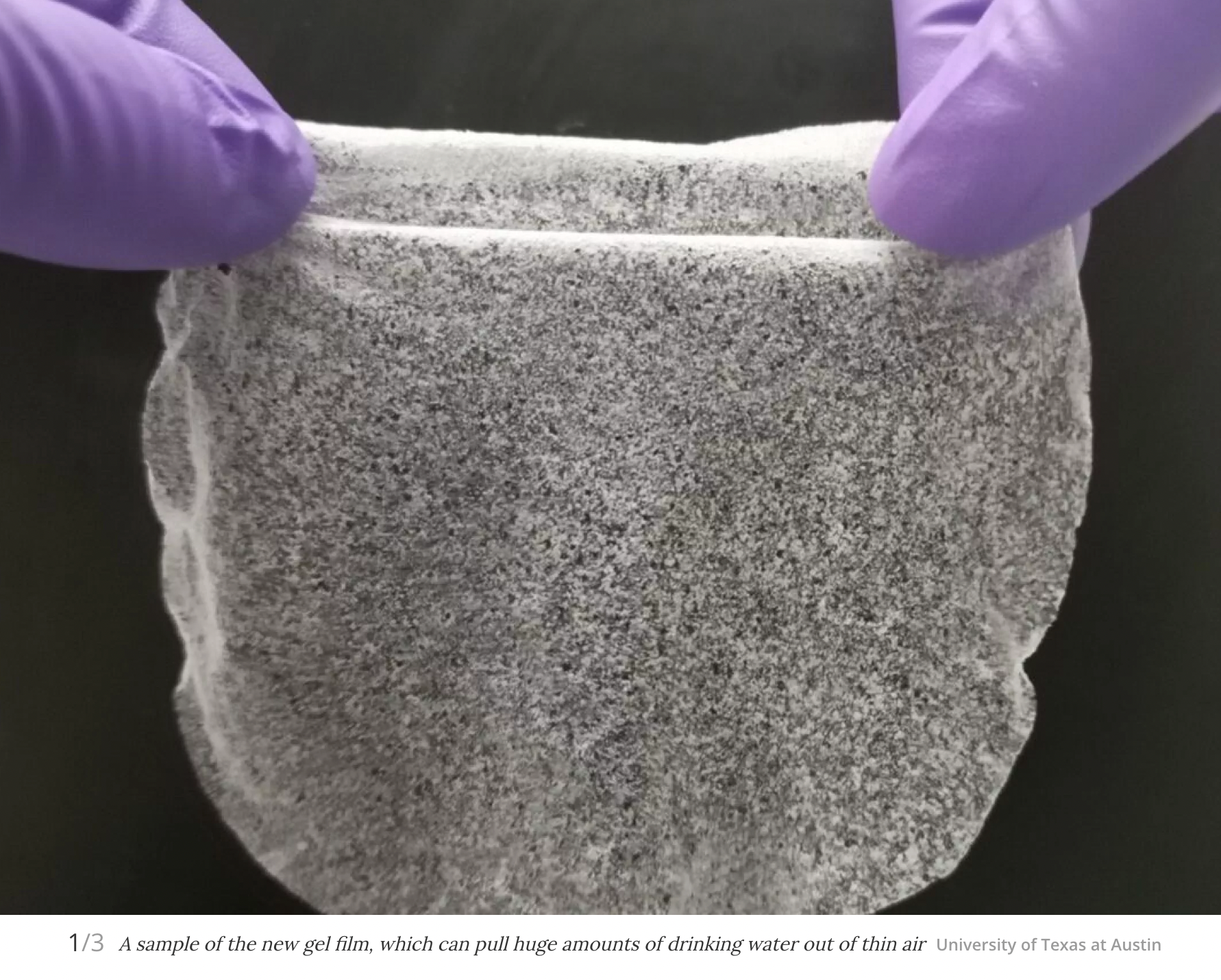 A sample of the new gel film, which can pull huge amounts of drinking water out of thin air

University of Texas at Austin 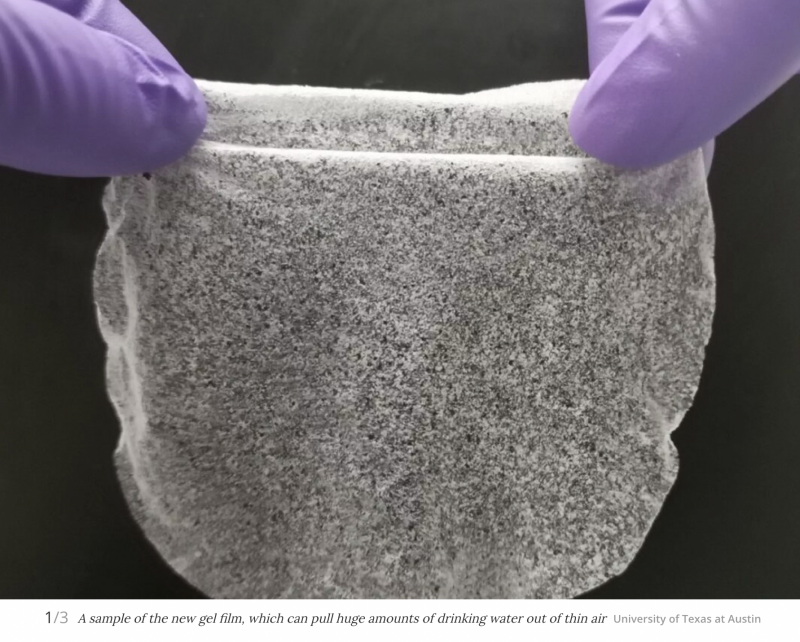 Water scarcity is a major problem for much of the world’s population, but with the right equipment drinking water can be wrung out of thin air. Researchers at the University of Texas at Austin have now demonstrated a low-cost gel film that can pull many liters of water per day out of even very dry air.

The gel is made up of two main ingredients that are cheap and common – cellulose, which comes from the cell walls of plants, and konjac gum, a widely used food additive. Those two components work together to make a gel film that can absorb water from the air and then release it on demand, without requiring much energy.

First, the porous structure of the gum attracts water to condense out of the air around it. The cellulose meanwhile is designed to respond to a gentle heat by turning hydrophobic, releasing the captured water.

Making the gel is also fairly simple, the team says. The basic ingredients are mixed together then poured into a mold, where it sets in two minutes. After that it’s freeze-dried, then peeled out of the mold and ready to get to work. It can be made into basically any shape needed, and scaled up fairly easily and at low-cost.