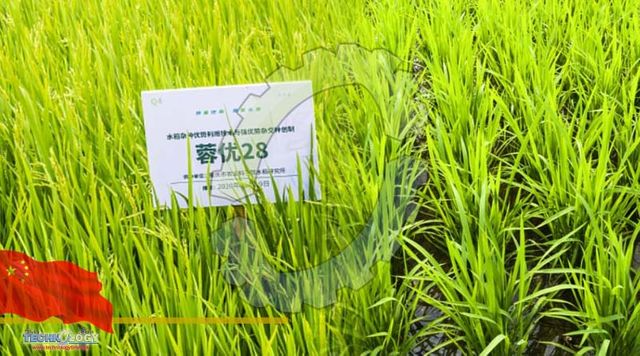 The gene sequenced as OsRINGzf1 is found to reduce cell water loss by regulating water channels in cells, thus improving the rice plant's ability to retain water under drought conditions, said the study.

The research team compared many rice plants grown under drought conditions with those grown under normal conditions to find the gene that regulates drought resistance, said Liu Hongyan with the Shanghai Agrobiological Gene Center, corresponding author of the research.

They identified OsRINGzf1 by fine-mapping chromosome 4 of the rice, said Liu.

The results showed that overexpression of the gene enhanced the resistance of rice to drought and salt stress, whereas deletion of the gene made rice more sensitive to drought, said Chen Shoujun, the first author of the research.

China has collected rice species since the 90s and has established a gene database for rice features led by this research team.

(With input from Xinhua)