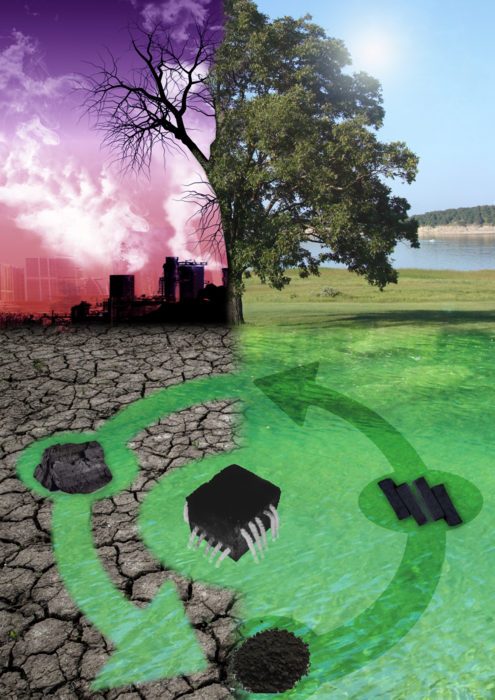 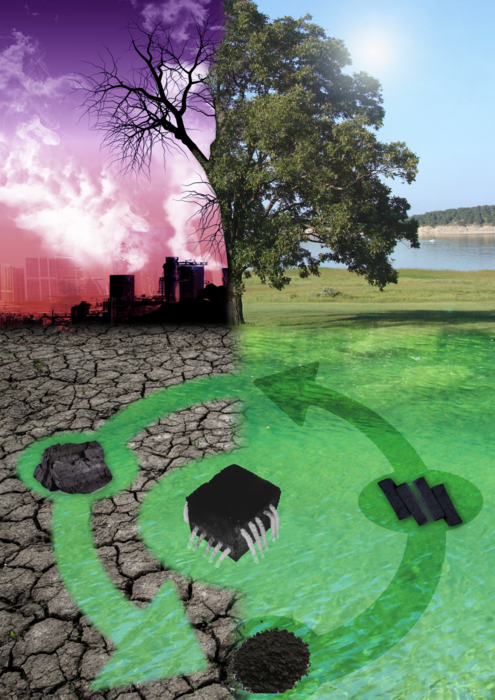 IMAGE: KAUST SCIENTISTS ARE DEVELOPING A NEW TECHNOLOGY THAT CAN PRODUCE FRESH WATER FOR A FRACTION OF THE COST OF CURRENT STATE-OF-THE-ART SOLAR DESALINATION TECHNOLOGIES.  view more

Compressed blocks of pulverized coal can be used as the basis of sunlight-powered off-grid water purification. The technology is already being progressed by commercial partners toward pilot-scale production of drinking water.

Dark-colored materials that strongly soak up sunlight to drive seawater desalination are a long-standing research interest of KAUST's Andrea Fratalocchi. While reading about the economic challenges of ending coal’s use for power generation, Fratalocchi was struck by a novel possible use for coal. “The two ideas clicked together: why don’t we use coal for a new economy in water desalination?” Fratalocchi recalls.

Fratalocchi and his team began to explore blocks of carbonized compressed powder (CCP), a microporous material produced by forcing powdered coal together under pressure. To assist water flow into and through the CCP, the team incorporated cotton fibers through the material.

The team placed a block of this material over a saltwater-filled container so that the cotton fibers touched the water. When the CCP was warmed by sunlight, water was drawn up through the device and evaporated from its hot surface. A condenser over the device captured the freshwater. The salt left behind in the CCP can be washed off with seawater.

“CCP is abundant in nature and low cost, as well as lightweight, versatile and highly scalable from a fabrication point of view,” says Marcella Bonifazi, who worked on it as a postdoc in Fratalocchi’s lab. “The device produced fresh water for around one-third the cost of current state-of-the-art solar desalination technologies,”  she adds.

The device could provide fresh water to the 1.6 billion people around the globe facing economic water shortages,” adds Valerio Mazzone, who also developed the device as a postdoc. “According to the UN, access to water for agricultural production, even if only for supplemental watering of a vegetable garden or small crops, can make the difference between farming as a mere means of survival and a reliable source of livelihoods,” he says. A 16 square meter CCP desalination system could produce enough water to meet the drinking, cooking and vegetable-watering needs of a typical family of four, the team has calculated.

The researchers are working with a commercial partner, Netherlands-based PERA, to develop the device toward commercialization. “PERA is developing a pilot in Brazil for brackish water desalination as a permanent solution not only for drinking and cooking needs but also for basic food production, benefiting millions of people in Brazil’s semiarid northeast region,” Bonifazi says.