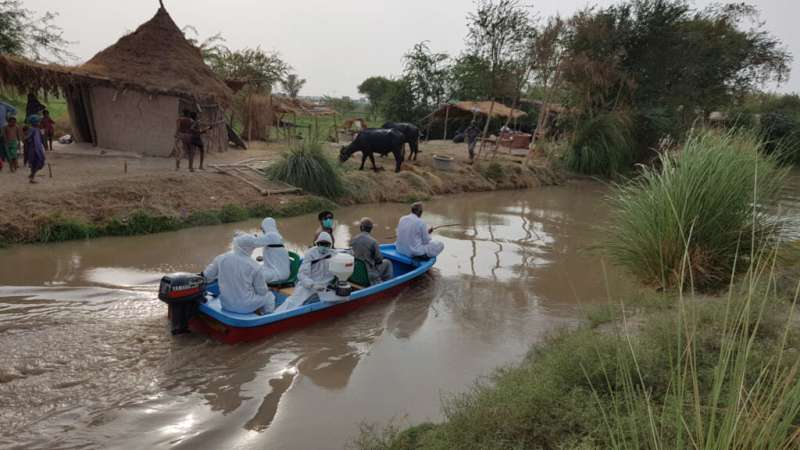 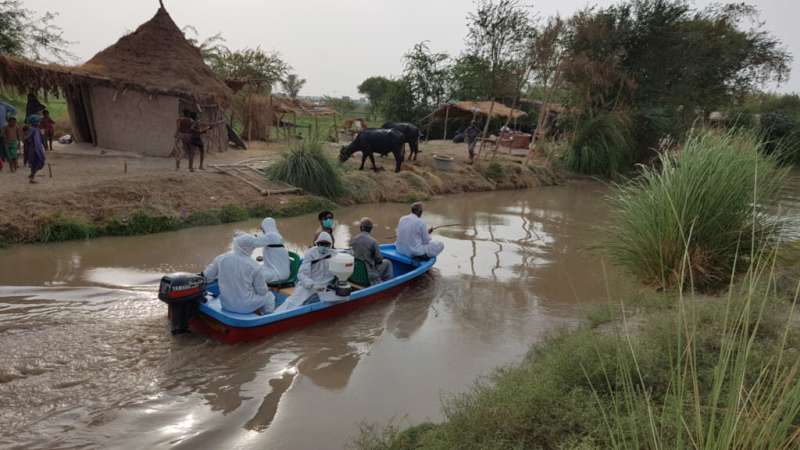 Scientists from the Mehran University of Engineering and Technology apply LAPAM to an irrigation canal in Pakistan. Credit: Rehman Lund

Irrigation is critically important for feeding the world, but it's not very efficient. About 70% of global freshwater usage goes to irrigation. That percentage is even higher in the western U.S.

Irrigated water is largely conveyed to fields by earthen canals, which are inherently leaky. It is difficult to gauge how much irrigation water seeps into the ground, but estimates from around the world range from 15 to 70%.

In a recent study, Colorado State University researchers proved the polymer known as LAPAM is effective as a temporary, economical sealant for reducing irrigation water loss. This research could not only reduce water loss, it could prevent water and soil degradation.

For more than 25 years, Tim Gates, a professor of civil and environmental engineering, has studied seepage loss from earthen canals and what happens to the water that loses its way. His recent collaborative study represents the strongest and most extensive evidence to date that applying linear anionic polyacrylamide, LAPAM for short, as a sealant for earthen canals results in significant reduction of seepage.

"The vast majority of water distribution systems for irrigated agriculture are accomplished through earthen open channels—probably 95%, so it's a problem that spans the globe," Gates said.

Gates and his colleagues at CSU and in Pakistan tested two canals in Colorado and one in Pakistan, locations with different conditions and challenges. Seepage rates declined 69 to 100% when the canals were sealed with LAPAM.

Unlike other types of liners that are expensive and permanent, such as concrete, LAPAM is economical and only lasts for the water season in which it is applied. This can be strategically valuable for water managers, who may want to store water by recharging nature's subsurface reservoirs during wetter years. Most growers don't have the resources for more expensive liners, making LAPAM a viable option.

LAPAM plugs the leaks in earthen canals by settling out clay particles in the water and creating a thin but effective polymer-clay barrier.

LAPAM is used in various applications all over the world. While it has less of an environmental impact than plastic or concrete liners, it is synthetic and could have potential adverse environmental side effects if used in excess.