Decline of bees, other pollinators threatens US crop yields 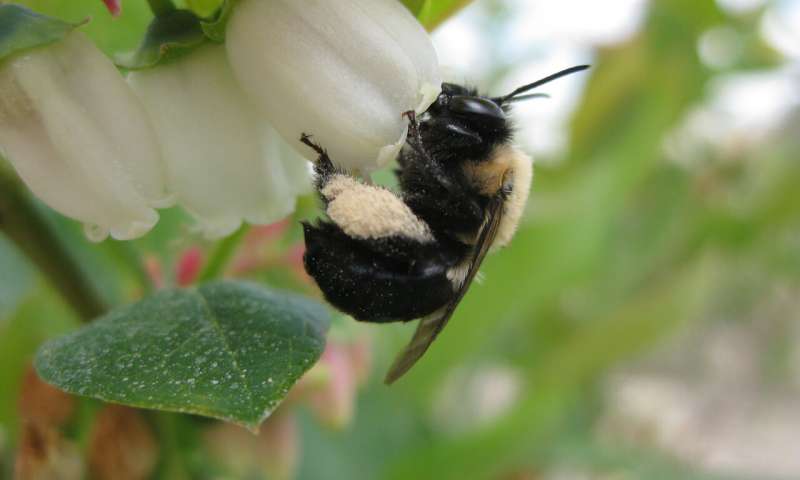 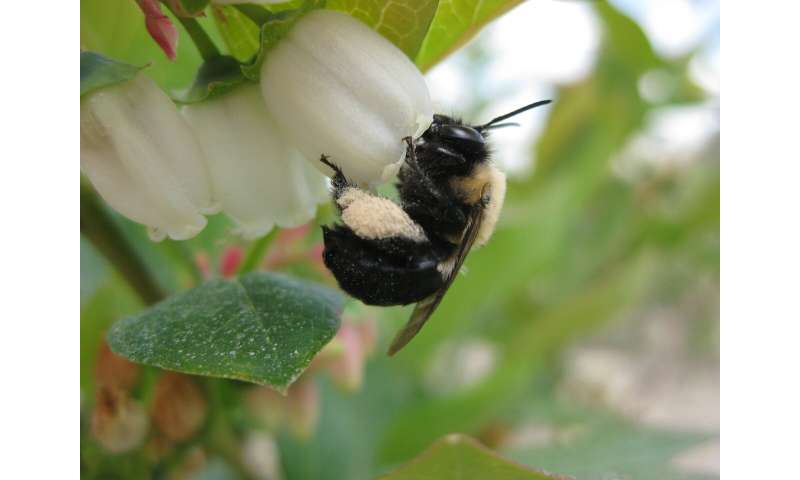 Crop yields for apples, cherries and blueberries across the United States are being reduced by a lack of pollinators, according to Rutgers-led research, the most comprehensive study of its kind to date.

Most of the world's crops depend on honeybees and wild bees for pollination, so declines in both managed and wild bee populations raise concerns about food security, notes the study in the journal  Proceedings of the Royal Society B : Biological Sciences .

"We found that many crops are pollination-limited, meaning crop production would be higher if crop flowers received more pollination. We also found that honey bees and wild bees provided similar amounts of pollination overall," said senior author Rachael Winfree, a professor in the Department of Ecology, Evolution, and Natural Resources in the School of Environmental and Biological Sciences at Rutgers University-New Brunswick. "Managing habitat for native bee species and/or stocking more honey bees would boost pollination levels and could increase crop production."

Pollination by wild and managed insects is critical for most crops, including those providing essential micronutrients, and is essential for food security, the study notes. In the U.S., the production of crops that depend on pollinators generates more than $50 billion a year. According to recent evidence, European honey bees (Apis mellifera) and some native wild bee species are in decline.

The annual production value of wild pollinators for all seven crops was an estimated $1.5 billion-plus in the U.S. The value of wild bee pollination for all pollinator-dependent crops would be much greater.