Desalination to Boost a More Sustainable Way to Make Cement 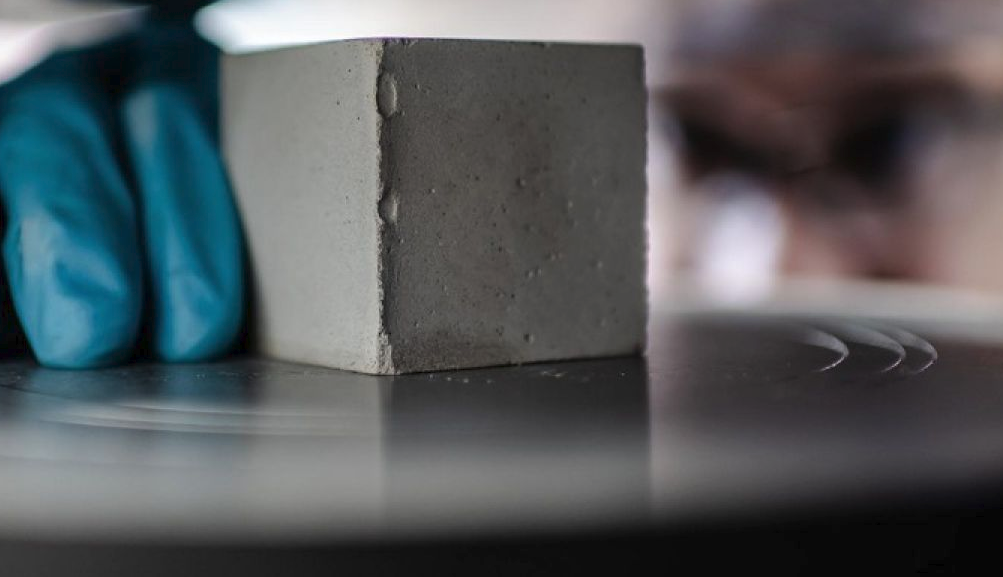 Can cement be manufactured from the salty slush left behind after water desalination? NYU Abu Dhabi researchers think so, and that the UAE is uniquely positioned to be a leader in this exciting new frontier in sustainable construction.

There are more than 70 desalination plants in the UAE that supply potable water to millions of people. All this drinking water comes with a hefty environmental price tag though. Not only are a lot of fossil fuels burned to heat up seawater, releasing carbon dioxide into the atmosphere, but the leftover waste (highly concentrated salt water) is dumped back into the Gulf, increasing the salinity of what is already one of the saltiest bodies of water in the world.

Traditional cement factories leave an even bigger carbon footprint. Portland cement, developed in 19th century England and named so due to its likeness to stones quarried from the Isle of Portland, is the most commonly used type of cement in the global construction industry. It’s produced in factories with massive kilns where limestone, clay, and shale are heated to extremely high temperatures (1450 to 1550 degrees Celsius) to produce the familiar ash-colored powder that is the lifeline of the construction industry. These high temperatures are achieved by heating fossil fuels, which make cement factories one of the largest emitters of greenhouse gases.

By-products from other industries provide a sustainable alternative to Portland cement, explains Kemal Celik, an assistant professor of civil engineering at NYU Abu Dhabi. One such option, he says, is reactive magnesium oxide, of which the UAE has access to an enormous supply. It can be derived from the residual brine in the seawater desalination process.

Reactive magnesium oxide cement is produced at much lower temperatures than Portland cement, “so factories wouldn’t burn as much fuel, and it’s carbon neutral, ” he explained.

In fact, Celik’s special brand of cement “absorbs carbon dioxide during the hardening process because its strength depends on it, and can continue to absorb carbon dioxide long after it has been mixed into the concrete, making it carbon negative.” So, roads and buildings made with it could actually absorb carbon dioxide from the atmosphere over the years and help combat climate change , he says.

“This kind of cement is not just environmentally sustainable but it’s also cost-efficient because desalination plants could start selling their waste to cement manufacturers, and profit from it. It’s a win-win situation for everybody.”

Lab tests have proven that cement made with reactive magnesium oxide is just as strong as the Portland variety, Celik says, and further studies will tell them what kind of other internal reactions are taking place over the long-term that could impact the way it’s used. Work is also ongoing to speed up the carbonation process.

Celik’s research team at AMBER lab is currently collecting seawater from the Arabian Gulf to make test batches, and they hope to start sourcing material from local desalination plants soon.