DEWA upgrades water infra in the region through its projects 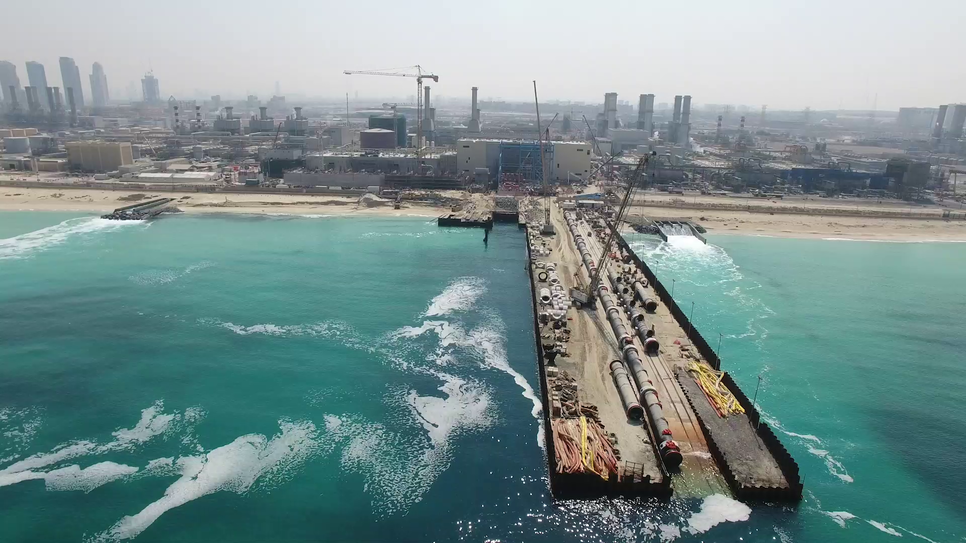 Dubai Electricity and Water Authority (DEWA) is accelerating efforts to develop a world-class infrastructure, supported by assets that exceed $49.5bn (AED182bn) owned by DEWA and its subsidiaries, and around $23.4bn (AED86bn) of investments in the energy and water sectors over five years.

Through its efforts, DEWA has enhanced its production capacity to meet the growing demand and provide its services to over one million customers according to the highest standards of quality, availability, reliability, and efficiency.

At the end of 2020, sustainable infrastructure solutions provider ACCIONA achieved a key milestone in the construction of the Jebel Ali desalination plant, with the production of the first cubic meter of potable water.

The plant, equipped with energy-efficient SWRO technology, is a critical project in the modernisation of the water sector being undertaken by DEWA.

ACCIONA is the EPC contractor for Jebel Ali SWRO, which it expects to complete by 2021. The desalination plant will produce 182,000m3 of potable water per day, serving a population of 700,000 inhabitants. Its capacity makes it one of the largest desalination plants in the UAE.

DEWA aims to increase its SWRO production capacity to 305 MIGD by 2030; reaching 41% instead of its current share of 5%. The desalinated water production capacity will reach 750 MIGD in 2030. SWRO desalination units require less energy than MSF. One of DEWA’s projects using this technology is at the Jebel Ali K-Station. The project, with a production capacity of 40 MIGD and investments worth AED 897 million, is scheduled for operation in Q1 of 2021.

DEWA has achieved a new world’s breaking record for the lowest water levelised tariff per cubic metre for its 120 MIGD Hassyan SWRO Plant. The project is DEWA’s first Independent Water Producer (IWP) model project. DEWA will commission the project in 2024.

DEWA ensures desalinated water quality through continuous monitoring across all stages of the desalination process. This ensure customers have access to drinking water that meets the highest international standards including that of the World Health Organisation for producing, transmitting and distributing drinking water.