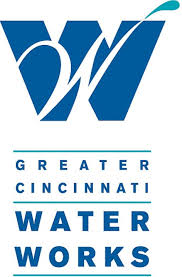 The Metropolitan Sewer District of Greater Cincinnati (MSD) serves an Ohio population of more than 850,000 spread out across 290 square miles. Like many large cities, Cincinnati MSD operates combined and sanitary sewer systems, some of which were built more than a century ago. Whether by design, or due to infiltration and inflow of stormwater, these systems have a tendency to overflow, discharging untreated sewage into local waterways or flooding streets and basements.

Cincinnati’s sewers discharge an average of 11.5 billion gallons of combined sewage every year into the Ohio River and its tributary streams within Cincinnati’s urban watershed.

In 2002, the EPA entered into a federal consent decree with MSD, mandating the elimination of sanitary sewer overflows and significant mitigation of combined sewer overflows into receiving waterways. Engineers estimated the cost to mitigate the sewer overflows at $3.1 billion, an unacceptable capital expense to pass along to MSD’s customers.

Instead, MSD’s objective is to maximize existing capital assets — such as sewer interceptors, storage and treatment facilities, and pump-stations — to reduce overflows and gain system-wide benefits through advanced control logic that will optimally operate MSD’s urban watershed.

To overcome these challenges MSD partnered with Xylem to optimize the performance of their existing assets through the power of decision intelligence.

MSD and Xylem began by focusing on the Mill Creek Interceptor (MCI), a major carrier of flows through the MSD service area, and MCI’s most upstream asset, the SSO700 Storage and Treatment facility (STF). This facility, along with four additional control sites, were originally designed to reduce overflow volumes from the constructed outfall at the river. SSO700 STF has 3.6 million gallons of storage and a 10 million gallon per day tank. These assets, combined with the real time control (RTC) facilities located downstream on the MCI, provide multiple points to control sewage along the length of the interceptor.

Historically, SSO700 STF and the RTC facilities have been controlled locally without any coordination between them and other facilities, and MSD needed to implement a solution to cost-effectively increase performance and capacity utilization.

SSO-700 STF is now controlled based on real-time upstream and downstream conditions, along with real-time feedback on what’s happening at two of the downstream RTC facilities (Ross Run and Mitchell Ave). This allows MSD to harness the power of Collection System Optimization analytics when deciding whether to active or deactivate high rate treatment and when to fill or drain tanks.

The project was an overwhelming success – after MSD implemented the coordinated RTC program, overflow volumes were reduced by 247 million gallons annually (based on 2015 rainfall).  Implementation of the control system, when compared to a capital work estimate of more than $38 million, meant a reduction in cost of more than 90% was passed on to MSD’s customers.  Moreover, CSO mitigation was achieved at a price of less than $0.01/gallon.

Taken together, these approaches enabled MSD to achieve significant reductions in both the capital and operating costs of collecting and treating wastewater in compliance with environmental regulations.