Drinking water cycle – How Many People Consumed My Tap Water Before Me? 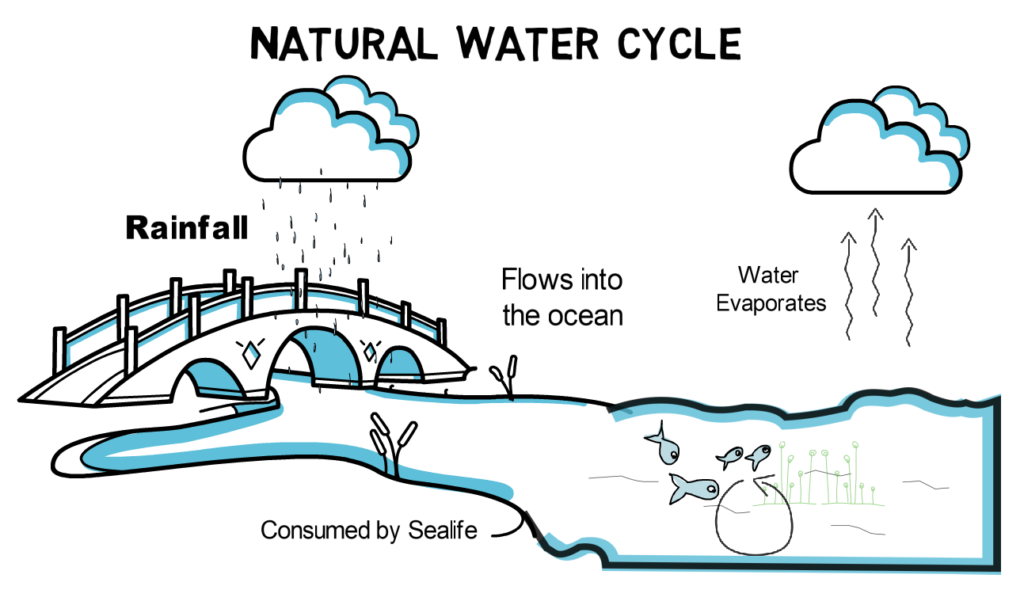 Drinking water is part of a continuous recirculation process and the two basic water sources are surface water and groundwater.

Surface water is every water source which is above earth’s ground, so for example rivers, streams, lakes, reservoirs and oceans. Instead, Groundwater is the water present beneath Earth’s surface in soil pore spaces and in the fractures of rock formations.

After the tap water is consumed from private households or industries it drains into a main wastewater pipeline. The pipeline leads to the area’s wastewater treatment plant where water is either purified for direct reuse or for release into the environment for example lakes and rivers.

Released river water might flow to another surface water drinking plant where the urban water cycle starts from the beginning. Otherwise the water enters the natural water cycle by flowing into the ocean or by evaporating into the air. Ocean water might be consumed several times from sealife before it also evaporates into the air where it forms to clouds. Then during condensation, the water vapor cools down so that water drops are formed. Precipitation takes place when the water drops fall down as rain, snow or hail to the ground.

Read the full article on AET's blog listed below.