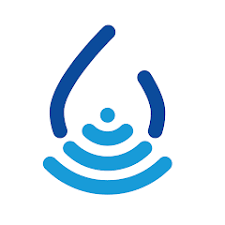 Esther Altura, an Israeli mathematician and software engineer, witnessed those and other water-wasting scenarios during the two decades she owned and managed multifamily properties in Los Angeles.

The main problem is that most of some 5.6 million multifamily dwellings in the United States have central water meters. Tenants never see how much they’re consuming.

And because water costs are included in monthly rent or maintenance fees, tenants have no idea how much money is going down their drain.

“About 30 percent of water usage in multifamily properties is waste, adding up to $8 billion per year.”

Coming from a country where everyone has a water meter and pays water bills directly, Altura was appalled.

“In America, people use about four times as much water as in Israel,” she says. “About 30 percent of water usage in multifamily properties is waste, adding up to $8 billion per year — aside from the cost of property damage caused by leaks and misuse.”

For years, she searched for an automated solution that might incentivize tenants to conserve water. “Once you know how much you use, you use it differently,” Altura knew from experience. “Most people do not want to waste water.”

By 2017, technology had advanced enough that Altura was able to invent her own sensor-based solution, called FlowDx. The Israeli company she established to develop her invention is DrizzleX.

“There are many smart water meters, but they are all for homes that have one water meter and do not fit the very different needs of multifamily building owners and managers,” Altura tells ISRAEL21c.

The micrometers connect to an app that shows the resident how much water is being used in her own apartment.

An artificial intelligence component analyzes usage data and reports usage trends to property managers. An alert is sent promptly if FlowDx senses abnormally high flow from any tap or toilet. This could indicate a leak or overuse (like the guy who left the shower running).

SOURCE ARTICLE By Abigail Klein Leichman   on I srael 21c