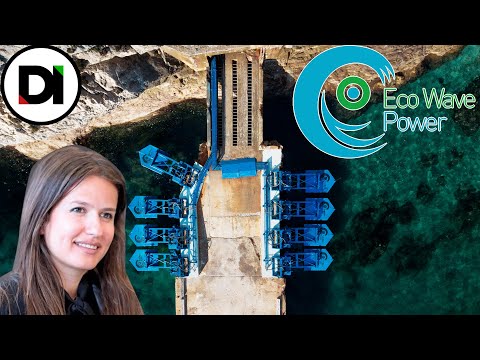 The floaters draw energy from incoming waves by converting the rising and falling motion of the waves into an clean energy generation process. More precisely, the movement of the floaters compresses and decompresses hydraulic pistons which transmit bio-degradable hydraulic fluid into land located accumulators. In the accumulators, at a pressure is being built. This pressure rotates a hydraulic motor, which rotates the generator, and then the electricity is transferred into the grid, via an inverter.

The fluid, after decompression, flows back into the hydraulic fluid tank, where it is then re-used by the pistons, thus creating a closed circular system.
The system commences production of electricity from wave heights of 0.5 meters.
The whole operation of the system is controlled and monitored by a smart automation system. Also, when the waves are too high for the system to handle the floaters automatically rise above the water level and stay in the upward position until the storm passes. Once the storm passes, the floaters return to operation mode. 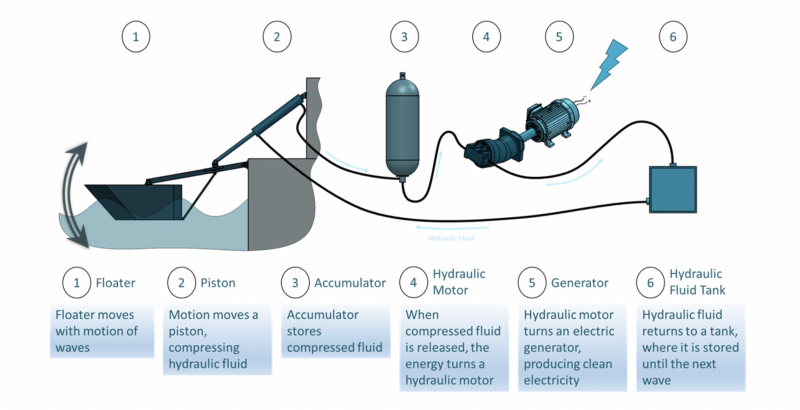