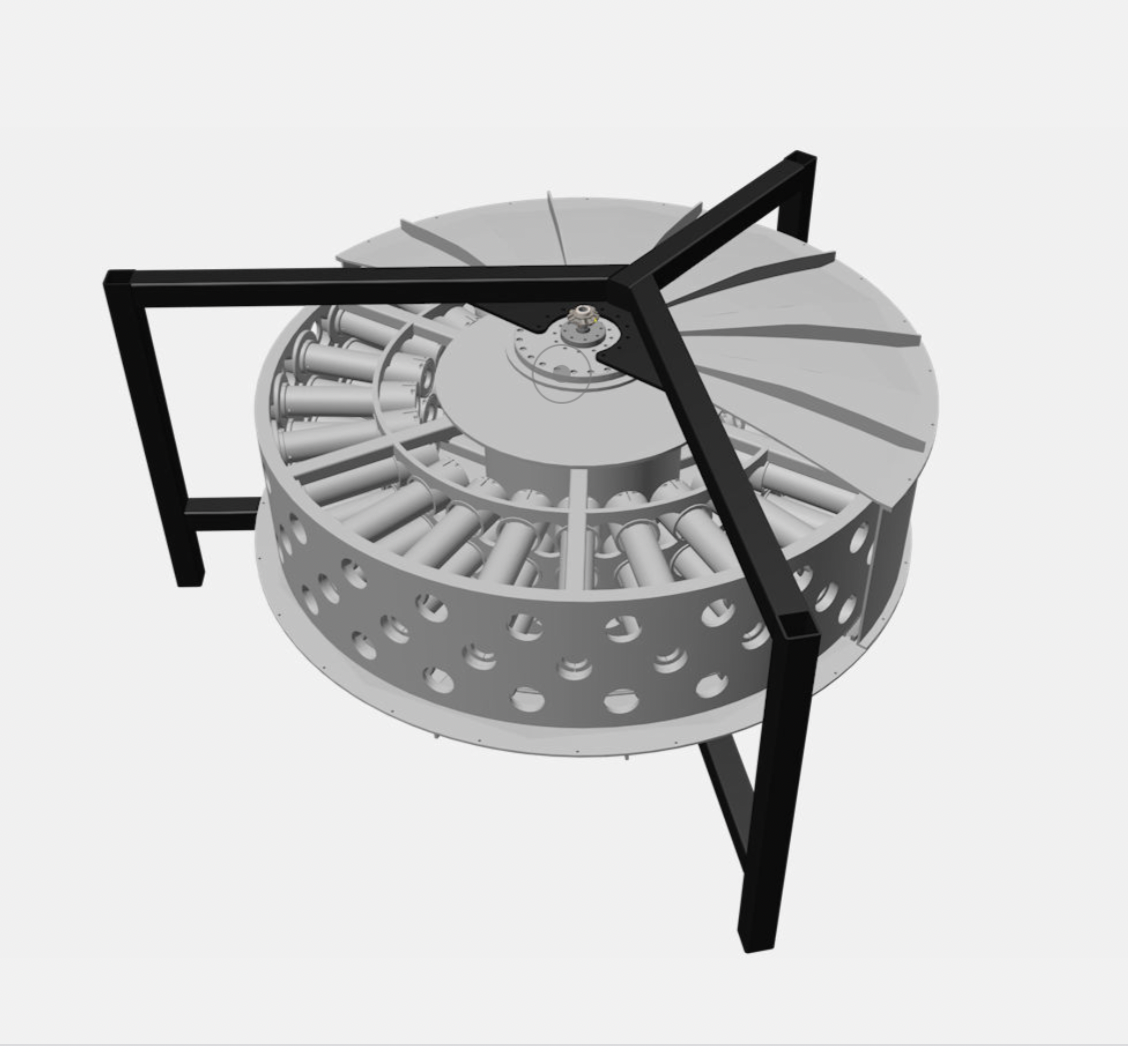 As demand for potable water skyrockets in arid regions across the globe, desalination—the process of converting salt water into fresh water—is becoming an increasingly attractive solution.

With only the schematics for a prototype, Manz and Manweiler raised a $100,000 pre-seed round in 2021 from local investors. With those funds the team created their first model of a reverse osmosis centrifuge, a smaller proof of concept than the intended final size and configuration they intend to commercialize for industrial scale desalination plants.

Recently, Eden Tech has raised over $750,000 in seed financing from Utah based investors (whose names are undisclosed). The company launched its website today, March 23, 2022.

TechBuzz sat down with Manz and Manweiler to learn more about their backgrounds and interest in desalination technology. An engineering student at DSU, Manz used tools available in his engineering program and benefitted from mentors to refine his idea into a viable approach to improving current desalination technology. “I was good with coming up with ideas,” says Manz. “But I needed to find a more experienced engineer who could put my ideas together and create a working prototype.”

Manz was introduced to Zachary Manweiler, a mechanical engineer and coordinator at DSU’s Atwood Innovation Plaza’s makerspace, the largest makerspace of its kind in Utah, previously used as an elementary school on the western edge of the DSU campus. With Atwood providing a well-equipped workspace and home for the new startup, Manz and Manweiler began engineering a desalination prototype.

“Only 50% of the ocean water taken into plants becomes freshwater, the rest becomes concentrated seawater, which is treated as waste.” says Manweiler, Co-Founder and CTO of Eden Tech. Their creation is a reverse osmosis centrifuge, a machine designed to improve the efficiency and net freshwater output of existing desalination plants.

“Desalination is a very energy intensive process,” explains Manz. “And at the same time building desalination plans is capital intensive–that's why it's not seen so much around the world. It's so expensive!”

“While desalination seems like a perfect solution to address the water crisis in arid regions near bodies of saltwater, it is often a financially irrational venture,” says Manz. “The inefficiencies involved with converting sea water to fresh water pose a real obstacle to mass implementation of desalination. However, our technology integrates directly into the plant's existing infrastructure and takes waste and makes it into more freshwater.”

Manz and Manweiler claim their reverse osmosis centrifuge technology yields at least a 30% gain in fresh water production in existing plants, with a 15% increase in recovery, using pre-existing desalination equipment but with the addition of their centrifuge technology. While seemingly modest, this increase in efficiency is a game-changer for the economics of desalination plant operating costs. A 30% improvement in output makes wide scale investment in desalination plants significantly more attractive to investors, governments, and/or large corporations.  Eden is discussing system integration with desalination plants in the U.S. "With the addition of our centrifuge profitability of these plants can be doubled," says Manz.

Regarding the startup's go to market strategy, Eden Tech continues to refine its technology to make it attractive to large scale desalination plants in the Middle East, which is the most mature market for such technology.