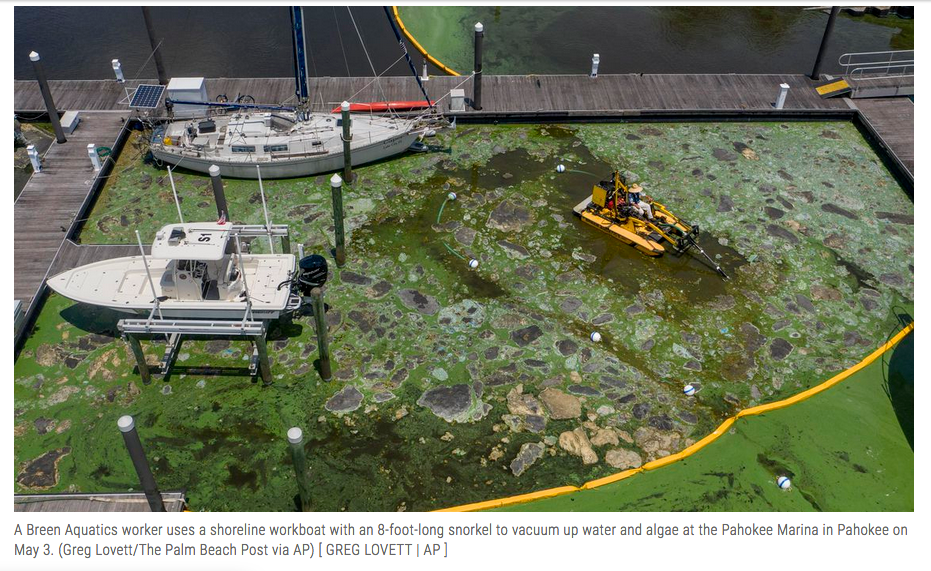 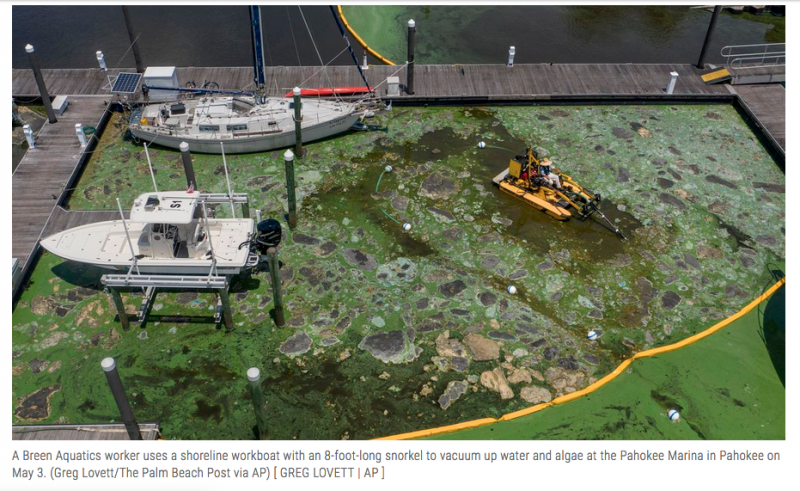 But Florida Gulf Coast University researcher Barry Rosen said an Oct. 4 reading of microcystin levels near what is considered harmful to humans is not an indictment of the nascent bubble technology that was installed at the marina Sept. 9.

Power outages and storm-driven winds that knocked over the washing machine-size blowers have challenged the $356,000 experiment to use bubbles 2,500 times smaller than a grain of salt to break through a slime layer protecting the single-cell cyanobacteria Microcystis.

Rosen said the streaks of green algae in the marina early this month blew in from the lake, finding accommodations in the warm, still marina where it bloomed in water that later tested for 5 parts per billion (ppb) of microcystin. The EPA says toxin levels over 8 ppb are unsafe.

“We’re not saying for sure that this is going to work,” said Rosen, a professor in FGCU’s department of ecology and environmental studies. “The Pahokee Marina is a perfect catcher’s mitt for this stuff off the lake. If this is the way it’s always going to be, we may need to rethink where we have the treatment locations.”

The experiment, which was paid for by a Florida Department of Environmental Protection grant, is expected to last six months. California-based Moleaer created the nanobubble machines, which emit such tiny bubbles they are mostly invisible and non-buoyant so they stay in the water column instead of floating to the surface.

Moleaer was founded in 2016 and has machines in private lakes throughout Florida but also works with fish farms and in agriculture to add oxygen.

“What we can understand from [Pahokee] will go a long way in figuring out how to size units, what are the outside influencers in the environment, and how do we do better designs in the future,” said John Bond, Moleaer’s southeast business development manager, who has an office in St. Augustine. “If we can be preventative, it’s always better than being reactive.”