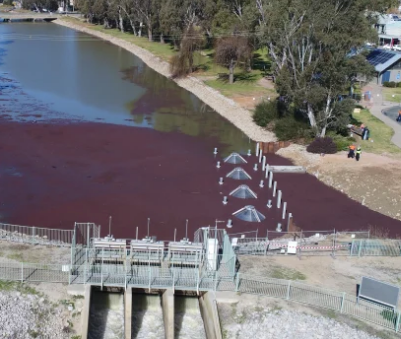 New fish screens being tested in Victoria and NSW may reduce the annual loss of millions of fish, turtles and even platypuses in the nation's irrigation pumps and channels.

Trials of the sophisticated self-cleaning mesh domes at Cohuna near the Murray River in Victoria are looking promising two years in. Another is under way at the Trangie-Nevertire Irrigation Scheme, north-west of Dubbo in NSW. 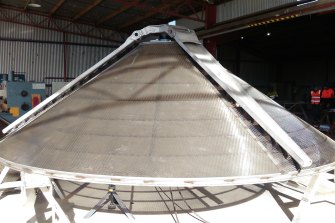 One of the fish screens built by AWMA Water Control Solutions in Cohuna. Four such screens have been lowered into the nearby irrigation canal off Gunbower Creek. CREDIT:AWMA, NC CMA.

"The early signs are really positive," Nicole Bullen, an environmental manager at the North Central Catchment Management Authority, said. "They help us to manage one of the many threats to native fish populations."

The plight of freshwater aquatic life during the long drought in eastern Australia drew international attention, particularly after the mass fish kills at Menindee on the lower Darling River in early 2019. 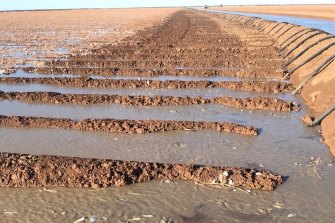 Irrigation - either via diversion channels, or from pumps drawing directly from rivers - kill many millions of native fish a year.CREDIT:TWITTER, VIA LEE BAUMGARTNER, CSU.

In fact, millions of fish die each year, either by being sucked into dam storages and crop fields, or being lost in irrigation canals. NSW alone has more than 4500 irrigation pumps.

The concern isn't new. In May 1946, the West Wyalong Advocate decried the "thousands probably millions of little Murray cod and other fish ... going to waste" in Leeton's irrigation canals off the Murrumbidgee River.

Fifty years on, NSW Fisheries staff labelled as "hypocritical" the limit on an average angler's take when irrigators sucked up "large numbers" of fish and spawn with water pumps extracting 100 million litres or more each day. Worse, some irrigators sold their "illegal" harvest, a document from December 1995 shows.

"We're losing hundreds of millions of fish below the surface but no-one bats an eyelid," Matt Hansen, president of recreational fish group Inland Waterways, said. "It's absolutely ludicrous we can be doing it in this day and age." 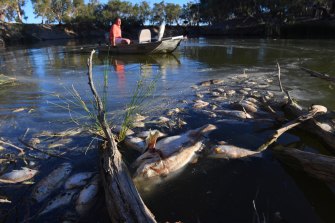 Graeme McCrabb steers his tinnie towards dead fish near Menindee after the second of three mass fish kills on the Darling River at Menindee during the 2018-19 summer.CREDIT:NICK MOIR

Backed by a $1 million grant from the Victorian Environmental Water Holder, the "Australian-first" trials of the self-cleaning screens examined whether they could prevent fish larvae ending up in a canal at Cohuna while keeping the reduction of water levels to less than 2 centimetres.

Farmers got water without disruption, while screens diffused plant and larval drift so most didn't get through the 2-millimetre wide mesh nor did they clog up the mesh.

Of 160 Murray cod larvae detected on average each day drifting in the current, none were found on the other side, Ms Bullen said.

Craig Boys, a fish ecologist with NSW's Department of Primary Industries who has helped champion the technology, said his agency was working "with a number of willing farmers".