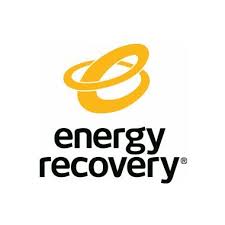 SAN LEANDRO, CA / ACCESSWIRE / March 12, 2020 /  Energy Recovery, Inc. (NASDAQ:ERII) today announced awards of USD $23.5M to supply its PX® Pressure Exchanger® devices ("PX") and related equipment and services to multiple desalination projects across the Middle East and North Africa. Shipments for these contracts are expected to begin Q1 2020 and continue throughout the first half of 2021. These awards include the largest contract in Energy Recovery's history for the Taweelah Reverse Osmosis Independent Water Project ("Taweelah"), which will be the world's largest seawater reverse osmosis desalination ("SWRO") facility once completed.

"It is an honor to be included in this historic project. Greater scale and efficiency in water production is much needed, and we are proud to help lower the cost and carbon intensity of producing clean water for communities around the world," said Robert Mao, Energy Recovery Chairman and Interim President and Chief Executive Officer. "When announcing Taweelah, the Emirates Water and Electricity Company noted ‘a major driver for the adoption of reverse osmosis instead of thermal desalination is the higher energy efficiency it offers.' Thanks in part to the energy savings delivered by our pressure exchanger technology, SWRO's economic advantages over thermal desalination methods are clear and unlikely to change. With larger projects like Taweelah, using inefficient technology is all the more costly, and we expect to see decision makers continue to choose SWRO over thermal."

Located near Abu Dhabi city, Taweelah will have a capacity of 909,200 cubic meters per day, 44% larger than the world's current largest SWRO facility, and is expected to be operational in late 2022. The facility will support both industry and the general public and play a critical role in meeting Abu Dhabi's peak water demand, which is projected to rise by 11% between 2017 and 2024.

Taweelah is expected to break efficiency records with record low energy consumption per cubic meter of water produced. Compared to the nearby Taweelah power and thermal desalination plant, which was built in phases between 1985 and 2002, Energy Recovery estimates that the Taweelah SWRO plant will deliver water at a contracted cost of less than half that of the original thermal plant. Once the Taweelah SWRO plant is in operation, Energy Recovery's PX devices are expected to recycle hydraulic energy equivalent to over 900 gigawatt hours of energy annually, an amount associated with approximately 550,000 metric tons of carbon emissions.

"Taweelah is not only a major milestone for Energy Recovery but also for the entire SWRO industry. Historically, our industry's Achilles' heel has been the energy intensive nature of the reverse osmosis process. No longer - many factors, including innovations in energy recovery devices and reverse osmosis membranes and a technology shift from thermal desalination to reverse osmosis, have reduced costs such that desalination water production is beginning to rival traditional water management costs," said Rodney Clemente, Energy Recovery Senior Vice President of Water. "We are proud to play our part in helping the SWRO industry continue to innovate, and we remain focused on reducing energy consumption and increasing system uptime and efficiency for our customers. The inclusion of our solutions in record-breaking SWRO projects demonstrates the scalability and reliability of our technology, as well as the deep expertise of our world class teams that support customers globally."

For more than 20 years, Energy Recovery, Inc. (NASDAQ:ERII) has created technologies that solve complex challenges in industrial fluid-flow markets. We design and manufacture solutions that reduce waste, improve operational efficiencies, and lower the production costs of clean water and oil and gas. What began as a game-changing invention for water desalination has grown into a global business delivering solutions that enable more affordable access to these critical resources. Both our headquarters in San Leandro, California, and our Commercial Development Center in Katy, Texas house on-site research, development and manufacturing facilities. In addition, our worldwide sales and technical service organization provides on-site support for our line of water solutions. For more information, please visit www.energyrecovery.com.