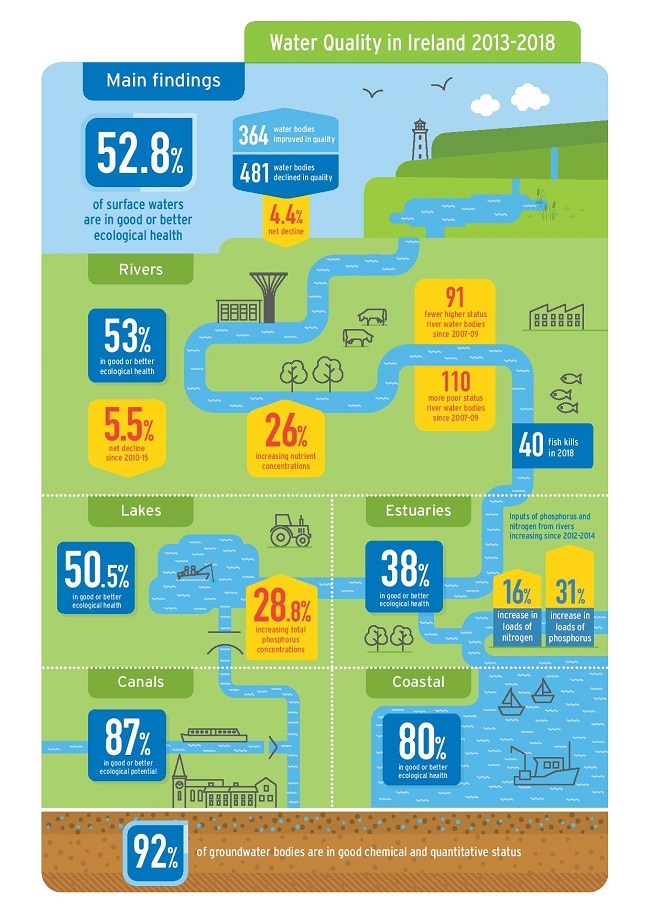 The EPA has released a report documenting declining water quality in Ireland, warning that it will likely decline further in the future.

Ireland’s Environmental Protection Agency (EPA) has said the findings of a new report analysing Irish lakes and rivers are a “worrying development for our water quality”. Since the last assessment, it said, water quality has deteriorated considerably, with only 53pc of surface waters in Ireland now having satisfactory water quality.

This marks a net decline of 5.5pc – totalling 128 water bodies – with a continuing decline in terms of Ireland’s most pristine sites. There are now just 20 pristine river sites across the country, down from more than 500 sites in the late 1980s.

Furthermore, the number of seriously polluted river sites – dubbed the ‘worst of the worst’ – has risen from six to nine after many years of improvement. Fish kills have also jumped considerably from a historic low of 17 in 2017 to 40 in 2018. The EPA said this was likely attributed to the hot summer and low flow conditions last year.