EPA Lead Proposal, Derided as Weak, May Be Sneakily Strong 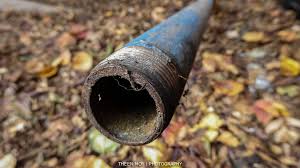 A provision tucked within the EPA’s proposal to overhaul the way it regulates lead in drinking water—initially derided as toothless—could have far-reaching consequences for public health, municipal policies, and even real estate transactions, water industry insiders now say.

The proposal would require all water utilities across the country to inventory the location of all of their lead pipes and then make that information public.

“If you were going to have to buy a house with a lead pipe on it, you’d probably say, ‘Hey, you have to take that out,’” said Kurt Souza, an assistant deputy director within the California State Water Resources Control Board.

The proposal disappointed many environmental and public health activists when it was unveiled this fall. They wanted a mandate that would force utilities to replace lead pipes, the primary source of the toxic metal in tap water.

EPA overhaul of its lead regulations has been in the works since 2011, three years before the lead crisis in Flint, Mich., brought the issue to international prominence.

Karen Clay, an environmental economist at Carnegie Mellon University, said requiring the location of all lead pipes to be made public may be the Environmental Protection Agency’s indirect way to get utilities to replace their lead pipes—without actually requiring them to do so, which would be a huge expense for municipalities.

A 2018 estimate from the EPA found that replacing lead pipes could cost up to $12,300 per pipe. And the EPA said there are between 6 million and 10 million such pipes nationwide. 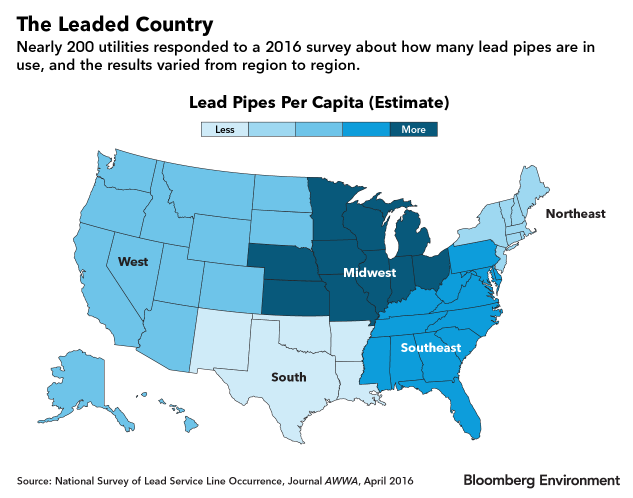 “In the current environment, this is as much as the EPA can reasonably do,” Clay said of requiring that the location of lead pipes be publicized. “Certainly, it puts pressure on public utility commissions and state legislatures to do something. And I think there’s enough of a furor around lead at the moment that many of them probably will.”

Lead is a potent toxin that can cause irreversible neurological damage in children and in the prenatal stage. Though it can be found in paint, dust, and soil, exposure to lead from water has become a major concern since the crisis in Flint, when aging pipes leached lead into taps after the city switched to a more corrosive water source.

Despite this concern, current EPA regulations require utilities to rip out their lead pipes only if lead levels in their water spike for an extended period of time. Many activists had hoped the agency would change this and force utilities to remove all of these pipes, full stop, in the long-awaited regulatory proposal issued in November.

It didn’t, opting instead to create a more complex set of conditions that, if met, would trigger wide-scale pipe replacement. For example, under this proposal, if samples show lead levels spiking, utilities would have to reassess their strategy for making their water less corrosive.

But the EPA also added in the requirement that utilities create a publicly available database of in-use lead pipes within three years and then update it annually.