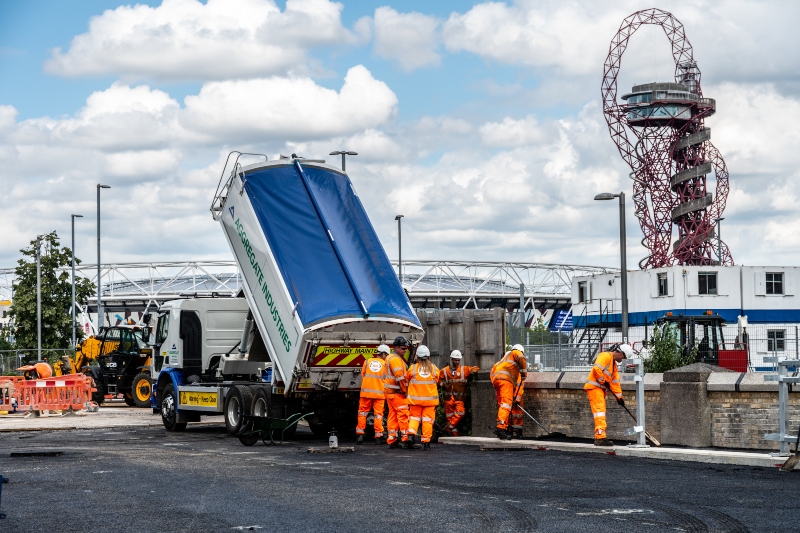 Thames Water has re-opened a London cycle route closed for almost a decade while also managing to prevent more than a million plastic bags going to landfill.

Working with partner Balfour Beatty , the UK’s largest water company has spent the last 18 months upgrading the Victorian sewers running through the Waterworks Bridge in Stratford.

Once this vital work to keep the capital’s sewage network flowing was complete, efforts focused on re-surfacing the route which runs over the bridge and has been shut since work started on regenerating the area for the Olympics.

For the first time on a cycle lane in the UK, a special ‘waste plastic asphalt’ has been used which is far more sustainable. Part of the bitumen normally used has been replaced with the equivalent of 1.1million plastic bags which would have otherwise gone to landfill.

John McKay, senior construction manager, said: “This project means that not only will Londoners have a resilient sewer network for generations to come but we’ve also been able to re-open a key cycle route.

“The sustainable methods we’ve used on the project mean we’d already saved 400 tonnes of carbon emissions and being able to use this waste plastic surface is the icing on the cake.

“It’s been fantastic to work with the local community to show them what we’ve been doing for the last 18 months and now they can benefit once more from the cycle route.”

The news comes just a few days after Thames Water provided free water fountains for thousands of riders and spectators at this year’s RideLondon event, cutting the need for the 65,000 plastic bottles which were used at last year’s race.

The waste plastic asphalt was provided by MacRebur , which developed and patented the technique to help tackle the problem of waste plastic in our environment and oceans.

MacRebur CEO, Toby McCartney, said: “We are delighted our product is being used for this high-profile project, helping us to prevent waste plastic from being dumped or burned.

“The flexible properties of plastic also mean this cycle lane will be able to cope better with changes in temperature, reducing cracks and potholes. It can also be recycled at the end of its life.”