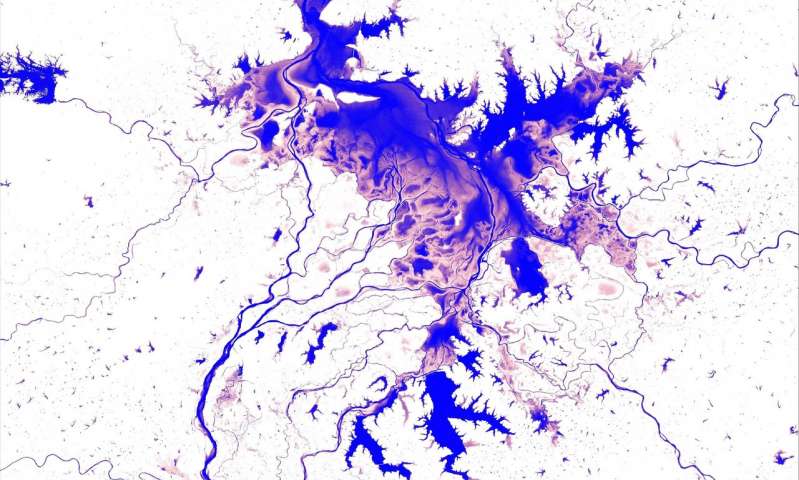 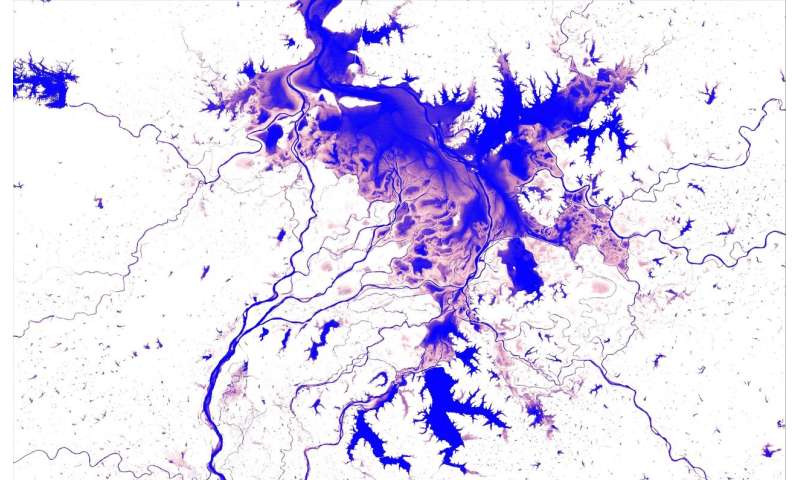 The Atlas of Global Surface Water Dynamics created by the European Commission's Joint Research Center (JRC) illustrates the changes in the Earth's lakes, rivers and wetlands over time. The atlas provides a better understanding of the consequences climate change and human actions have for the planet's surface water resources.

It is impossible to overstate the critical importance of water in our daily lives. Surface water bodies—including lakes, ponds and rivers—are particularly important as sources of water for domestic, industrial and agricultural use.

As the Earth's surface water is intensely dynamic, our knowledge about where waterbodies can be found has not always been accurate. Waterbodies move, whole lakes dry up and new rivers and lakes form, which makes mapping these moving targets difficult.

Building on a project that combined thousands of years of computer time with millions of satellite images, the JRC's Atlas of Global Surface Water Dynamics describes the important role that surface water plays for our planet's climate and biodiversity, as well as virtually every aspect of our daily lives.

The atlas documents the science behind a set of truly unique maps, which include time, and illustrates the changes in surface water resources over the past 35 years.

Mapping the history of water

In 2013, a small team of JRC scientists embarked on a massive project to map the history of surface water presence on Earth.

Working in collaboration with Google Earth Engine, the JRC team processed some 4 million satellite images from the U.S. Geological Survey (USGS), the National Aeronautics and Space Administration (NASA) and the EU's Copernicus program.

In 2016, the JRC and Google Earth Engine made public the product of the partnership, the Global Surface Water Explorer (GSWE).

The Global Surface Water Explorer is an interactive online platform that maps the location, distribution and changes of the world's surface waters over the past decades. The platform is updated annually.

In 2019, the GSWE was adopted as a basis for the UN Environment's assessment of the Agenda 2030 Sustainable Development Goal's target 6.6.1 concerning freshwater ecosystems.

Based on the online platform, the Atlas of Global Surface Water Dynamics presents the wealth of knowledge gathered by the scientific team in an easily accessible format that is readable to everyone.

Through a series of maps, case studies and beautiful images, this Atlas brings the reader on a journey through some of the world's most fascinating examples of surface water changes, which highlight the beauty and fragility of the environment, and the need to preserve this precious resource.