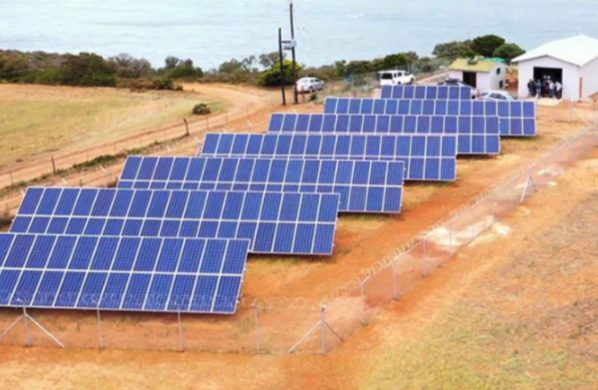 The plant produces 100 m3 daily, powered exclusively by the related photovoltaic solar generator, and up to 300 m3 when connected to the local grid for operating outside the sunshine hours.

This initial OSMOSUN® plant has been achieved within a record time by Mascara Renewable Water and its South African partner Turnkey Water Solutions in order to enable a secure water supply for the December holiday season, to the highest satisfaction of the representatives of the Hessequa municipality. 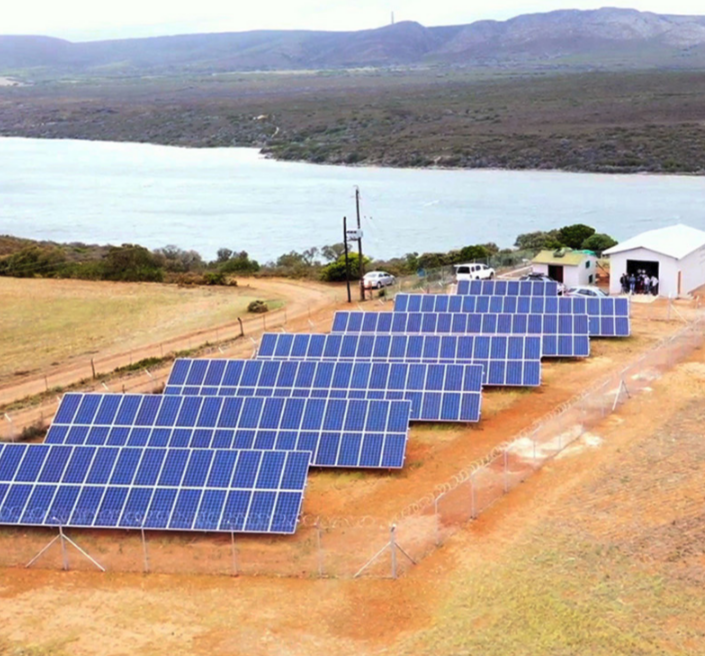 The reverse osmosis solar desalination OSMOSUN® 13 SW installation produces 100 m3 daily, powered exclusively by the related photovoltaic solar generator, and up to 300 m3 when connected to the local grid for operating outside the sunshine hours. This hybrid functioning mode is used to cover the water consumption peaks of the coastal village Witsand and its 3.000 inhabitants.

The Cape Province is facing its worst drought crisis in the last century and set up exceptional water restrictions in order to avoid Day Zero, the day from which the area would run out of clean drinking water.  Substantial public efforts and extraordinary measures allowed to postpone this deadline which was initially expected in April 2018.  The village of Witsand is thus protected against this threat with its autonomous solar desalination installation, providing fresh water even in the absence of an electrical grid.

The PV-SWRO OSMOSUN® plant already produced more than 9.000 m3 since its commissioning, thereby proving the solar desalination’s relevance regarding the water crisis in this region.

This project is initiated with the Stellenbosch University and funded by the Western Cape Government through an emergency drought fund on one hand and by the French Government on the other.