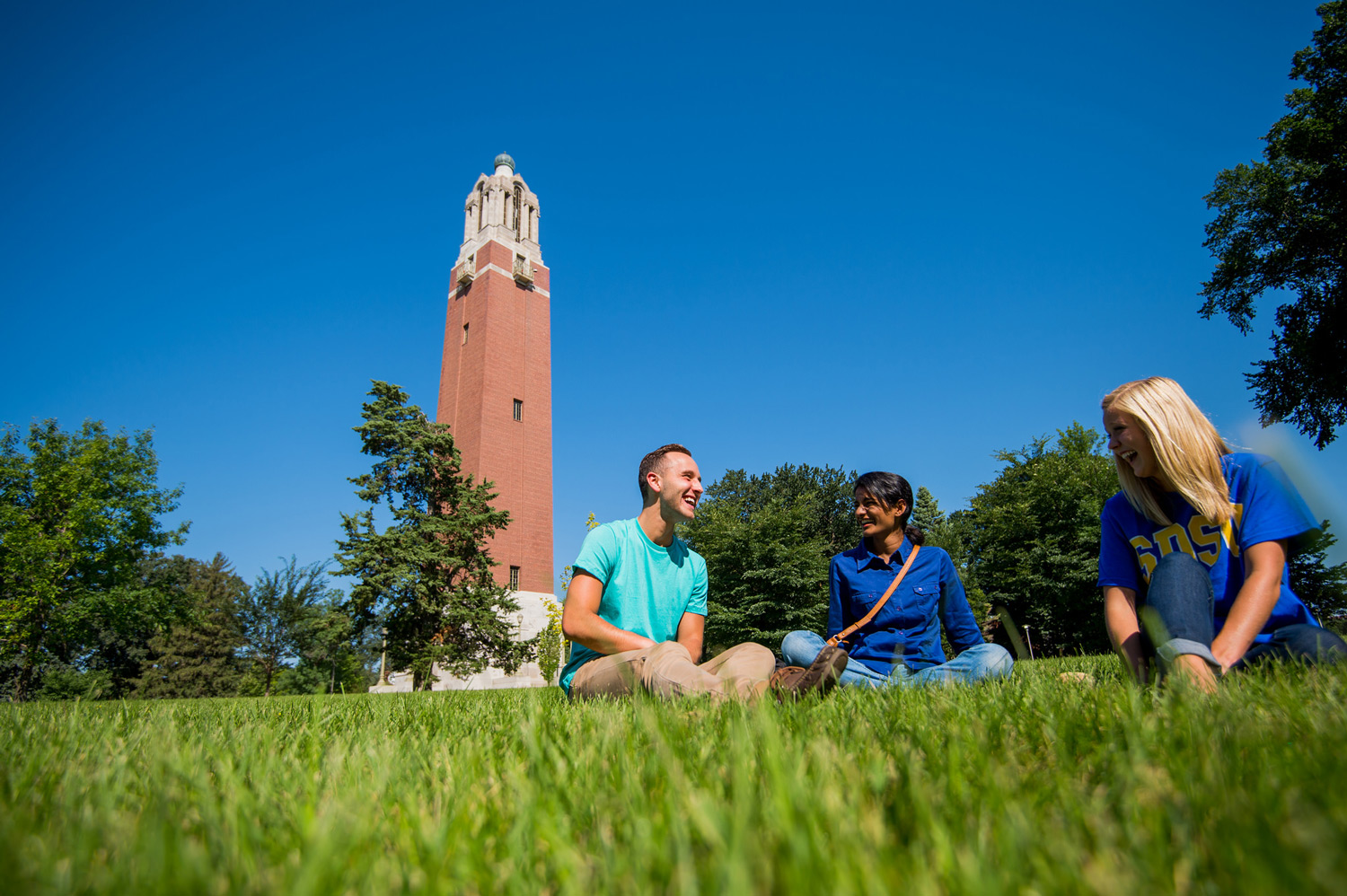 Roads and highways connect people to one another, much like rivers and stream connect fish populations. However, the culverts that allow water to flow under roadways can become obstacles for small-bodied fish, like minnows, darters and madtoms.

“When the water flows through the culvert, it falls off and scours out a pool on the downstream side,” explained associate professor Katie Bertrand of natural resource management. The distance from the lip of the culvert to the pool below can be anywhere from a few inches to several feet.

When water levels drop during the summer months, she pointed out, “They don’t have the strength to jump up that waterfall. You’ve put a wall in their path and fragmented their habitat.”

“The ladder works for nearly all small-bodied fish,” Bertrand said. Only those species that tended to sit on the bottom of the stream pool experienced difficulty using the ladders.

Lorenzen installed the fish ladder at 19 sites—nine in eastern South Dakota and 10 in western South Dakota, particularly in the Black Hills. The ladders were deployed in culverts that ranged from 2 to 12 feet in diameter with the drop-off distance from the culvert lip to the stream ranging from 8 inches to 60 inches.

Statewide, 23 species of small fish passed through the ladders. The mean passage rate for ladders in eastern South Dakota was more than 28 fish per day, while West River, it was 1.2 fish per day. Cold water mountain streams, such as those in the Black Hills, tend to have fewer fish, Lorenzen pointed out.

Fragmentation of habitat for native and introduced sport fish is a concern for wildlife managers, according to South Dakota Department of Game, Fish and Parks fisheries biologist Jake Davis. “The ability to pass through culverts would improve fisheries management by increasing the amount of habitat available to them.”

These fish are an important part of the ecosystem, Bertrand pointed out. “A grazing minnow, like a Central Stoneroller, common at some of the sites where the ladder was tested, feeds on algae from the rocks and logs on bottom of the stream.” That mitigates the impact of agricultural runoff and algae in the stream.

As adults, these small-bodied fish often move up and down stream, traveling from 1 to 2 miles in a day, to find better areas to spawn and feed, she explained. “Minnows, for instance, move upstream in the spring during high flow to the headwaters to spawn and then gradually migrate back downstream. Their offspring often stay in the small, shallow headwaters until they are big enough to survive in deeper, faster water.”

Davis envisions state wildlife agencies cooperating with other federal and nongovernment agencies to prioritize locations that would benefit certain species on specific watersheds.

The next step for the researchers will be determining how these potential clients would like to use the ladders, Bertrand explained. For instance, should the ladders be deployed only a few months each year or should they be installed once and last for five to 10 years?