Future of Desalination in the Context of Water Security 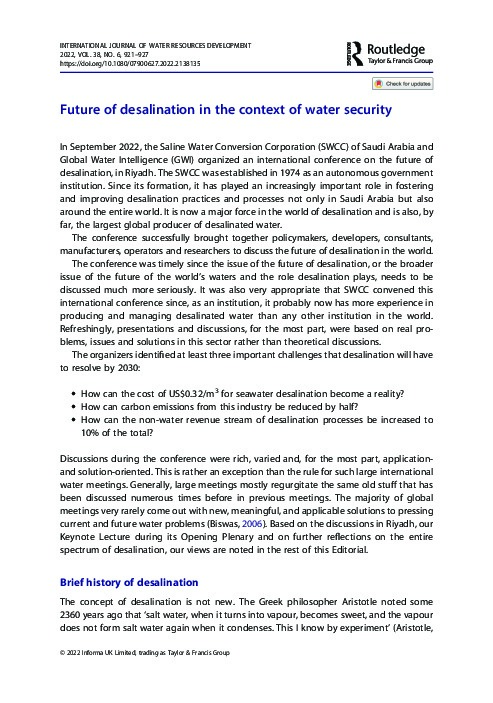 Three general concerns with desalination are at present. First, it is expensive because of its high energy requirements. Second, is its environmental costs, especially in terms of brine disposal. The third is the carbon footprints of the construction and operation of desalination plants. For most locations, desalination is the most expensive form of producing new sources of water which could contribute to security. In September 2022, the Saline Water Conversion Corporation (SWCC) of Saudi Arabia and Global Water Intelligence (GWI) organized an international conference on the future of desalination, in Riyadh. The conference was timely since the issue of the future of desalination, or the broader issue of the future of the world’s waters and the role desalination plays, needs to be discussed much more seriously.