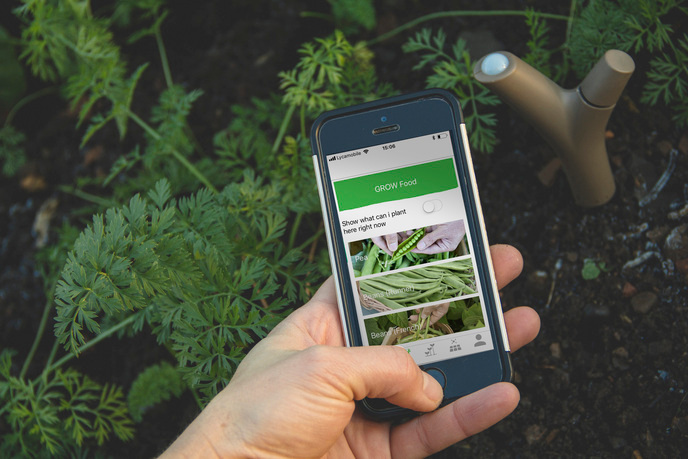 The GROW Observatory has been empowering farmer and food-growing communities to improve the quality of soils using sensors, an app and satellite data. Lessons learned will help these communities cope with a changing climate.

Did you know that water in the Earth’s soil is crucial to regulating climate, and can be monitored to predict climate events such as floods, drought and wildfire? Or that soil currently deteriorates and erodes 10 to 100 times faster than it forms? These facts highlighted in an IPCC report published in September 2019 provide yet another illustration of the important role of land management in acting against climate change. And whilst governments across the world are struggling to take meaningful measures, some have started to work on ideas that will engage all levels of society in climate action. One such initiative is the GROW Observatory, which helped establish several communities of citizens who generate, share and utilise information on land, soil and water resources. As Drew Hemment, lead investigator of the GROW project, explains: “GROW set out to demonstrate that a citizens’ observatory can be an effective model for engaging all levels of society in climate action, conserving and regenerating soils, as well as validating the new generation of high-resolution remote sensing satellites – Copernicus’ Sentinel-1 data.” A total of 24 citizen communities were provided with 6 500 sensors to place in the ground, so as to complement satellite observation with in-field evaluation of soil moisture products. Over its lifespan, GROW has crowdsourced data from 20 500 small-scale plant growers and farmers at high temporal and spatial density.

By monitoring soil moisture, the project answers the urgent need for ground-based observations to improve the accuracy of satellite information. Farmers also benefit from long sought-after information on how water availability varies across their land over time. The project gives them access to online training on food production methods that preserve and regenerate soils. Michal Mos, who owns a farming business and a climate change consultancy at El Hierro (the smallest of the Canary Islands), was one of the community champions involved in the project. He recalls his motivation to embark on an adventure as part of the GROW community. “Even as a newcomer on the island, I know that I can contribute to change in the agricultural system on the island, especially when it comes to water efficiency and new water management practices. The GROW project was a perfect solution for that, as well as a very good platform for building consciousness.” As the experiment went on, Mos tried to bridge the gap between older farmers and new technology. “The sensor technology was progressively implemented in their routine. Soon, they kept checking and collecting data every day as they aimed to better understand the water cycle. The app provides them with instant online reading, while the long-term data is still being collected and will be analysed in a dedicated workshop,” he adds. By better understanding the soil they cultivate, small farmers can reduce the use of water for irrigation, find out when the soil reaches its full potential, as well as start correlating yield and plant health with moisture data. Two banana farmers in El Hierro, for instance, found out that they were over-irrigating their crops. They could reduce their use of water by about 30 % thanks to GROW data.

Long-lasting benefits for the community

GROW’s value reached way beyond individual farmers, as Hemment notes: “Growers have shared their planting calendars so others can benefit from ever more accurate information through the GROW mobile app. This includes information such as what crops to plant or harvest and when. By coming together around a shared interest in climate, soils and food production, and also by learning collectively, using sensing technology and making use of environmental observation data, communities gain a deeper understanding of their local environment and how it connects to the global climate. They gain a greater sense of empowerment to tackle urgent issues together, as a community.” Although the project has now come to an end, the work continues. A new app is under development, and eight GROW communities say they intend to continue collecting and making use of GROW data. They will do so to address both their own local issues and the global challenge of the climate emergency.