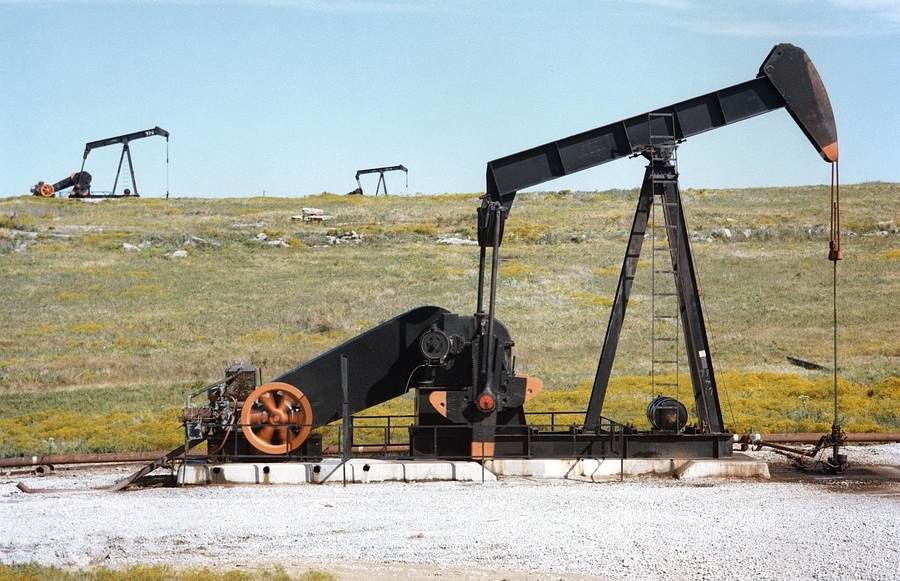 Virginia Tech scientists have found that in regions where oilfield wastewater disposal is widespread — and where injected water has a higher density than deep naturally occurring fluids  — earthquakes are getting deeper at the same rate as the wastewater sinks.

The study, led by Ryan M. Pollyea in the Virginia Tech College of Science’s Department of Geosciences, was published July 16 in Nature Communications (find this open access article attached below). It shows that in areas such as Oklahoma and southern Kansas there is evidence that oilfield wastewater injected underground into the Arbuckle formation has a much higher density than natural fluids occurring within the deeper seismogenic zone faults.

The problem: The wastewater sinks and increases fluid pressure deep underground when it has a higher density than fluids already there naturally. Pressure changes so deep — at depths up to 5 miles or greater — can cause more high-magnitude earthquakes even though the overall number of earthquakes is decreasing.

“Earthquakes are now common in the central United States where the number of magnitude-3 or greater earthquakes increased from about 19 per year before 2008 to more than 400 per year since,” said Pollyea, an assistant professor of geosciences and director of the Computational Geofluids Laboratory at Virginia Tech. (Pollyea adds that the overall earthquake rate per year has been declining since 2016.)

“In many cases, these earthquakes occur when oilfield wastewater is disposed of by pumping it into deep geologic formations,” Pollyea added. “As wastewater is injected deep underground, fluid pressure builds up and migrates away from injection wells. This destabilizes faults and causes ‘injection-induced’ earthquakes, such as the damaging 5.8-magnitude earthquake that struck Pawnee, Oklahoma, in 2016.”

Pollyea authored the study with Martin Chapman, a research associate professor of geosciences and director of the Virginia Tech Seismological Observatory; and Richard S. Jayne and Hao Wu, both graduate students at Virginia Tech. The study used computational modeling and earthquake data analysis from across a broad region of northern Oklahoma and southern Kansas — roughly 30,000 square miles.

“This was a surprising result,” Chapman said. “It suggests that sinking wastewater increases fluid pressure at greater depths and may cause larger earthquakes.”

“Our models show that high-density wastewater may continue sinking and increasing fluid pressure at depths of 5 or more miles for 10 or more years after injections stop,” Pollyea said. “There is a larger proportion of high-magnitude earthquakes at depths greater than 5 miles in north-central Oklahoma and southern Kansas, but there are fewer total earthquakes at these depths. This implies that the rate of high-magnitude earthquakes is decreasing more slowly than the overall earthquake rate.”

The study also found that fluid pressure caused by sinking wastewater remains in the environment much longer than previously considered. “Our models show that high-density wastewater continues sinking and increasing fluid pressure for 10 to 15 years after injections stop, and this may prolong the earthquake hazard in regions like Oklahoma and Kansas,” Pollyea said.

It’s important to note that Pollyea and his colleagues are not saying that all oilfield wastewater disposal operations cause earthquakes, nor are they predicting a large and potentially damaging earthquake in the Midwest region. Nor does the study indicate that density-driven pressure build-up occurs everywhere that oilfield wastewater operations occur.

Researchers have known since the 1960s that pumping fluids deep underground can trigger earthquakes, Pollyea said, but this study is the first to show that the density of the wastewater itself plays a role in earthquake occurrence. The heavier the fluid, the greater the effect of displacement of natural fluids and the greater the fluid pressure change. To wit: Take a cup of salty ocean water heavy with dissolved particulates and dump it into a glass of regular tap water. Before the two eventually mix, the heavier ocean water will sink to the bottom, displacing the “lighter” tap water upward.

“Past pore-pressure models have assumed the density of injected fluids are the same as that in host rocks, but the real world begs to differ, and injected fluids are often heavier,” said Shemin Ge, a professor and chair of the Department of Geological Sciences at the University of Colorado, who was not involved with the study. “This study looks into the effect of heavier fluids on pore pressure and consequently on inducing earthquakes. Heavier injected fluids have the tendency to migrate downward, which, interestingly, tracks the occurrence of earthquakes.”

The new study offers scientists, regulators, and policymakers a new framework for managing oilfield wastewater disposal and the associated earthquake hazard, according to the research team. In places such as Oklahoma, where earthquake mitigation measures are ongoing, results from this study may be particularly important because the combination of persistent and deepening fluid pressure suggests that the rate of high-magnitude earthquakes is likely decreasing slower than the overall earthquake rate.