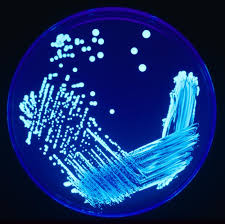 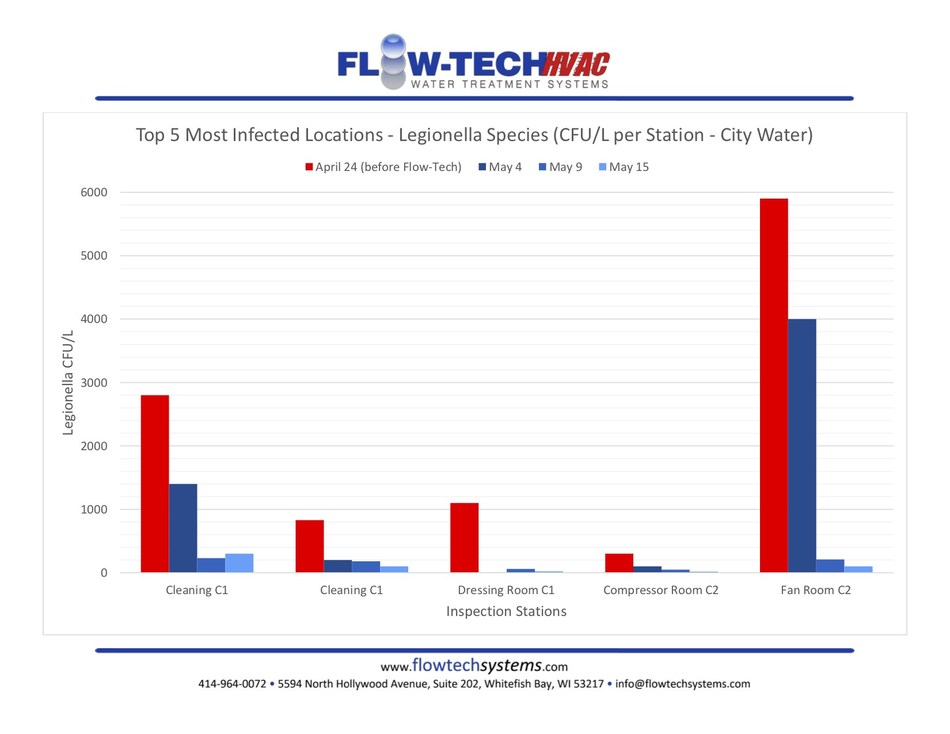 In 2017, a critical care hospital in Utah documented legionella counts over 6,000 CFU/mL within its domestic water system. The bacteria, found in both potable and non-potable water systems, causes Legionnaire's disease—a severe, often lethal, form of pneumonia. The hospital implemented their legionella management plan, which included heating the water above 140°F for more than 30 minutes and lengthy system flushes. While the legionella counts temporarily dropped to 200 CFU/mL, they returned to previous populations between treatments due to the continued presence of biofilm within the pipes.

Also in 2017, Flow-Tech was installed at a hospital in Uppsala, Sweden, in an effort to reduce legionella counts present throughout the facility's water systems (SEE CHART). "This pilot project is very valuable," said Jonas Långmark, PhD, the microbiologist overseeing the application. "Use of the tested technique appears to be a reasonable addition/alternative to treating water for a general purpose to keep bacterial levels down."

Flow-Tech is the only chemical-free water treatment system to meet and pass the American Society of Heating, Refrigerating and Air-Conditioning Engineers (ASHRAE) protocol for controlling sessile bacteria, or biofilm. Biofilm creates a hospitable environment in water systems where legionella is able to grow and flourish. The technology can be installed without causing system downtime or inconvenience to patients or healthcare providers.