How 1,500 Nuclear-Powered Water Desalination Plants Could Save The World From Desertification 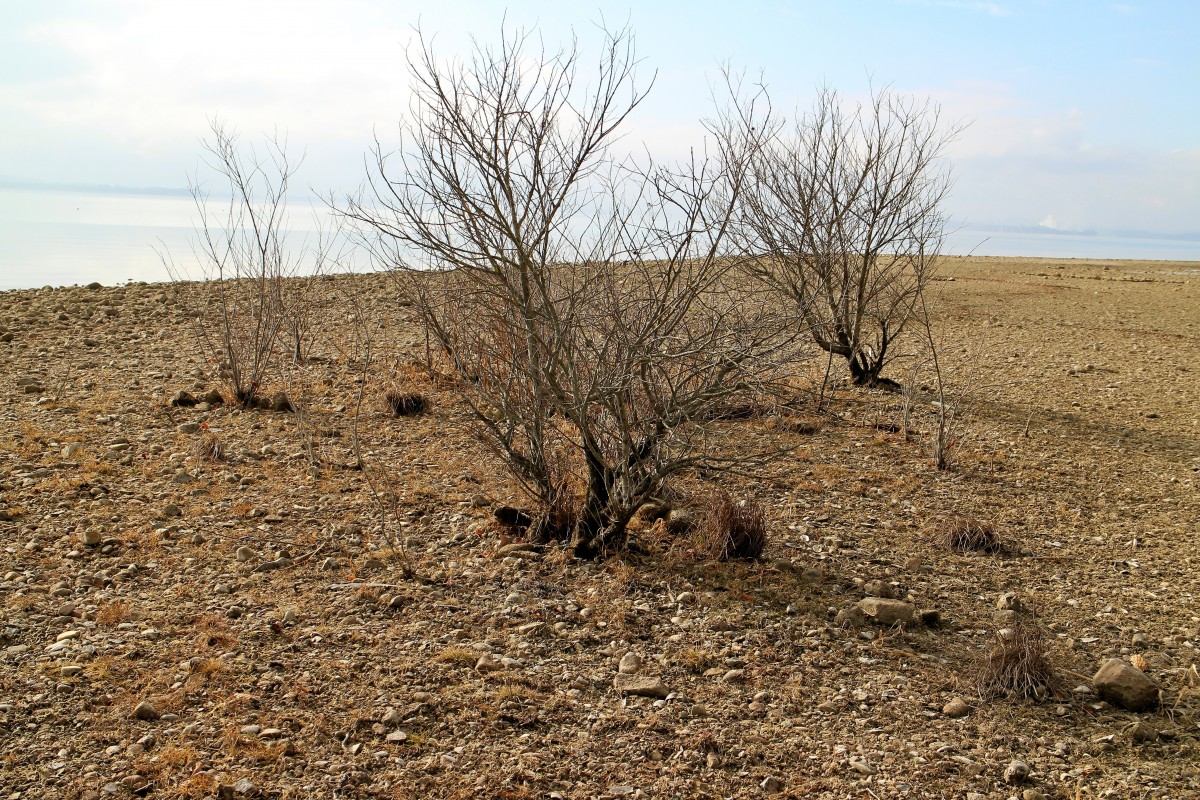 About 20% of the world's population has no access to safe drinking water, and this number will increase as the population continues to grow and global freshwater sources continue to decline. The worst-affected areas are the arid and semiarid regions of Asia, the Middle East, and North Africa.

UNESCO has reported that the freshwater shortfall worldwide will rise to 500 trillion gallons/yr by 2025. They expect water wars to break out in the near-future. The World Economic Forum says that shortage of fresh water may be the primary global threat in the next decade.

But 500 trillion gallons/year only requires about 1,500 seawater desalination plants like the ones being built in California and Saudi Arabia. At a billion dollars a pop, that’s a lot cheaper than war and starvation.

As reported in the Tri-City Herald and NYTimes, stock exchange mutual funds have even formed surrounding water scarcity and have done quite well, like the AllianzGI Global Water Fund. This fund has averaged almost 10% since 2010 compared to under 6% for its average peer fund. These companies mainly deliver, test and clean drinking water.

In California, the MegaDrought , that ended in 2017 ran for five years, severely straining water supplies, agricultural needs and wildlife. It clarified the need to build new desalination plants like every other modern arid population in the world. Most of Abu Dhabi’s gas-fired power plants provide electricity to their huge desalination plants that deliver over a billion gallons of drinking water a day, at about 40¢/gallon. And it tastes good, too, I’ve tried it.

California needs 30 large desalination plants to deal with future megadroughts. They did recently build one in Carlsbad, but it’s not nearly enough.

Desalination technologies are capable of treating water from a wide variety of sources, including brackish groundwater, surface water, seawater, and domestic and industrial wastewater. While the wastewater from desalination is itself problematic, MIT has developed a process to turn it into useful products.

The two main types of desalination are:

Most desalination plants in the world use fossil fuels to power them, but it’s even better to power them with nuclear energy. The new fleet of Small Modular Nuclear Reactors (SMRs) are ideal as they produce both thermal energy and electrical energy without producing greenhouse gases.

Model of NuScale power module (left) and cutaway of 12-module plant (right). This design is easily coupled with a desalination plant as well as other industrial processes. (Images by Nuscale, found on Forbes)


But only 15 out of the thousands of desalination plants operating today worldwide are powered by nuclear. A small one is at the Canyon Diablo Nuclear Plant in California, slated to be closed soon. The plant could power several huge desalination plants for decades that could desalinate its own cooling water, removing the most commonly stated problem with the plant.

In contrast, all nuclear-powered naval vessels routinely use nuclear energy to desalinate seawater.

SMRs, like NuScale’s, allow places with smaller electrical grids and limited infrastructure to add new electrical and water capacity in small increments and allow countries to site them as needed at many distributed locations. NuScale’s small power module is in its last stages of licensing by the Nuclear Regulatory Commission and will be ready in only a few years.

NuScale’s small power modules are about 60 MW each and up to 12 of them can be put together to make a power plant up to 720 MW - a 12-pack. They use standard 17x17 PWR fuel assemblies, but only at half the height, with an average U235 enrichment of only 3.8%. A single NuScale nuclear power module is 76-feet tall and 15-feet in diameter, and sits in a plant covering 32 acres or only 0.05 square miles.

Refueling of any SMR does not require the nuclear plant to shut down. The small size and large surface area-to-volume ratio of the reactor core, that sits below ground in a super seismic-resistant heat sink, allows natural processes to cool it indefinitely in the case of complete power blackout, with no humans needed to intervene, no AC or DC power, no pumps, and no additional water for cooling.

This reactor cannot melt down.

Relationship between electricity and water output from a single NuScale module coupled to a variety of membrane and thermal distillation desalination processes (see text), showing the clear advantage in terms of water produced from the RO process with its high conversion efficiency. But for saltier water, or if high-purity water is needed, thermal distillation processes may be necessary.

They sized the desalination plant to have a production capacity of 50 million gallons per day (190,000 m3/day) of drinking water, typical of a large municipal desalination plant like the Carlsbad Desalination Plant, and that can support a population of 300,000.

The table below summarizes their economic analysis. For drinking water, the NuScale-RO design is the cheapest and produces the most water per energy used, with LP-MED distillation a close second. Since a NuScale power plant will last at least 80 years, the payback­­­ is even better.

Summary of economic analysis for coupled NuScale-desalination plant. All couplings payback well except for the Multi-Stage Flash distillation method.

There are other technologies that have been, and are ­­being, used as well, including the more economical water reuse. The City of Redlands in California is using a membrane bioreactor technology from GE that recycles over 6 million gallons/day of municipal wastewater.

Whatever technologies are selected, southern California needs to build the equivalent of 30 desalination plants the size of Carlsbad’s to produce over a billion gallons a day, solving most of the water problems of southern California. The Central Valley would need another 30 plants to deal with its agricultural needs as its groundwater is becoming increasingly salty.

Powered by SMRs, these plants would more than pay for themselves by their own revenue, although a small water tax would get them started faster.

California better get moving. It’s been a reasonable two years, but more MegaDroughts are on the way.

This article was originally published on Forbes and was reposted here with permission from the author james Conca . FIND THE ORIGINAL ARTICLE HERE .