How breathable sand could revolutionise farming in the UAE 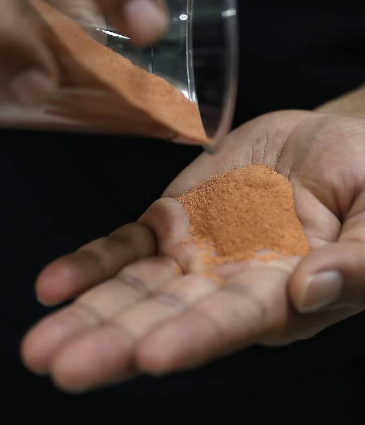 What is Rechsand? How breathable sand could revolutionise farming in the UAE

Chandra Dake, an Indian businessman from South Africa, brought Rechsand, a breathable sand with selective permeability, to the UAE.

Indian businessman Chandra Dake and his wife, Sujatha, are growing a veritable forest in their Al Furjan home in Dubai.

The temperature may be 40°C and more, but the plants that line the front of the Dake house, including a temple tree, jasmine, a coconut tree, roses and six varieties of hibiscus, are in full bloom. “These plants don’t grow in the desert normally, but here they are, flowering,” says Sujatha.

The back garden, meanwhile, doubles as an orchard and includes some trees that grow only in the tropics. In a year or so, the grapes, pomegranate, star fruit, moringa, papaya and other exotics will start to blossom, says Suja

Dake, who moved from South Africa to the UAE in 2018, credits the flourishing space to “breathable sand” technology, aka Rechsand, from China, which he says has the power to revolutionise farming in the desert.

A product resulting from a collaboration between South Africa’s Dake Group and the Rechsand Technology Group from China, Rechsand is manufactured from the finest sand taken from the Gobi Desert and turned into a series of products, including pots and blankets that connect the ground air while retaining water to prevent seepage.

The process is patented and the sand has been treated to give it selective permeability. “We are able to choose which elements can pass through and which can be restricted,” says Dake. “The process of manufacturing is expensive because of the custom-built machinery that treats every molecular structure of the sand and the water through a rigorous process."

That said, a centimetre of bottom layering of Rechsand is enough to last a lifetime. Another upside to using this technology is the sustainability aspect, says Dake. Water consumption in gardening or farming is reduced by up to 80 per cent as a result, he says.

Dake brought the sand with him to the UAE. “We water the front of the house for two minutes in a day and the back garden for four minutes, and the total water bill we pay for using 13,000 gallons is Dh800 ($217) a month, which also includes home and swimming pool usage,” he sa

Dake says, recalling an experiment of sorts that he carried out in his office during the stay-at-home months last year: “We filled the office plants to the brim with water and when we reopened the office after two months, the plants were distressed, but not dead.”